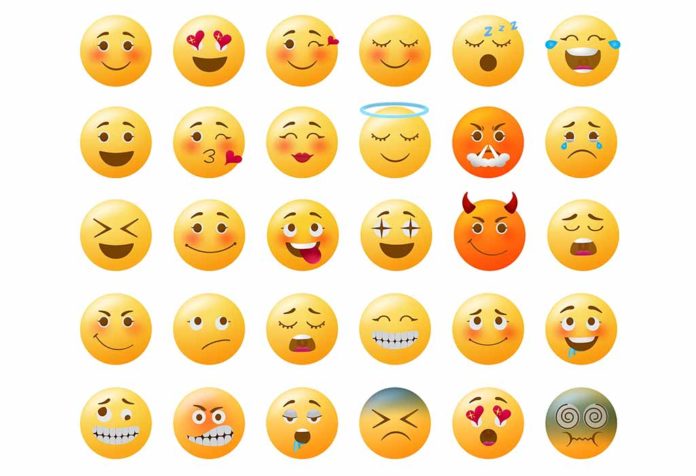 Everyone uses emojis while texting, no matter what messaging app you choose! Emojis help us emphasize our emotions, such as happiness, sadness, anger, etc., in our text. There are so many emojis to choose from, but most people are not fully aware of all emoji meanings. Here, we discuss the true meanings of some of the popular ones.

25 Most Common Emojis With Their Actual Meaning

If you are curious to know about the real meanings of the emojis you use every day, this emoji dictionary lists 25 of the most famous ones:

While most people use this particular emoji when they try to communicate stress, it means that one is confounded. The symbol most people think to be a shooting star is actually the star that you may see when you are dizzy. We see this often in cartoons when a character sees stars after being knocked hard on the head. While we have all used this emoji to convey anger, the real meaning is to convey triumph. This is one of the times where you can easily confuse the emoji meanings of the symbols with something entirely different. The red face is meant to be a pouted, angry face or a face that is flushed. We often use this cat face when we are surprised or horrified about something. However, in reality, the cat’s face conveys weariness. The Information Desk Person is simply meant to illustrate someone who works at an information desk, with a hand held out to offer assistance. This emoji has many interpretations, from hands raised in praise to God to a high ten; however, the true meaning of this emoji is hands raised high in celebration. Though used to mean a dancer with raised hands or someone with their hands held up in surprise, this popular emoji actually conveys Okay. This emoji is sometimes used as a face with an out-of-place tear. While it could convey dejection, it is actually intended to convey a face with cold sweat. Though widely used as an expression of sorrow or grief, this emoji means someone is disappointed but relieved. Usually, characters with Xs for eyes are meant to be dead, which most people assumed this emoji meant. However, this is actually meant to convey astonishment. This emoji is meant to be a grimace. So next time you are at a loss for words or awkward, send this emoji as a response. Most use this emoji to convey peace, but the symbol is intended to signify victory. The intended meaning for this particular emoji is to convey friendliness or openness towards others. If you want to switch things up a little, you can even use this emoji to replace the more commonly used “hug” emoji. This is the perfect example of an emoji with different meanings in different cultures and contexts. While the symbol seems pretty straightforward and is meant to be used as a “call me” gesture if you want someone to call and speak to you over the phone rather than text, it also has a couple of other meanings. In Hawaiian culture, this symbol is used to indicate to someone else to “hang loose,” while pilots use this hand symbol to wish each other luck before their flights. The actual meaning behind this emoji is to convey gratitude or when thanking someone for a wonderful meal. It is based on the Japanese practice of folding the hands in these situations. However, this symbol is more commonly used as a symbol of hands joined in prayer. While people use this emoji correctly in situations where we want to convey “okay” or mean that things are going perfect, another usage of this emoji is to convey a “chef’s kiss.” At other times, it is used to show something tiny.

These three monkeys each represent “Hear-no-evil,” “See-no-evil,” and “Speak-no-evil.” Instead of being used seriously, it is used with cheek and humor. This upside-down smiley is the perfect option to express your sarcasm without words, but it is more often used when expressing silliness. It all depends on the context in which the user decides to use it. This smiley face with sweat is good to express that while you are optimistic, you are also a little nervous. People often use the smirk expression correctly, but there is another meaning to this emoji! People also use this emoji while flirting and indicating a naughty meaning. At first glance, most think this emoji represents light teasing, but that is not the original intent. This emoji is meant to convey you find something delicious. Though many turn to this emoji when expressing surprise, this emoji is a “hushed face.” Try using it the next time you need to convey you are hushed. Symbol emojis can be a little confusing if you are not familiar with them. This symbol is popularly used in manga and anime to indicate anger, irritation, or punch landing. In rock and roll, people often hold up this hand symbol, and while most may use it to convey “rock on,” this is the “sign of the horns.” Many countries see this gesture as offensive; so, if you have conversations with people from all over the world, it may be best to avoid using this symbol too freely.

Using emojis in texts makes it a lot more fun to communicate and easier to avoid misunderstandings! Now that you know what some of these popular emojis mean, you can start using them more appropriately and accurately in your texts. And if others are confused by the meaning, you can always teach them something new.

500 Baby Girl Names That Start With U

Why Living in Joint Family is Best for your Child?