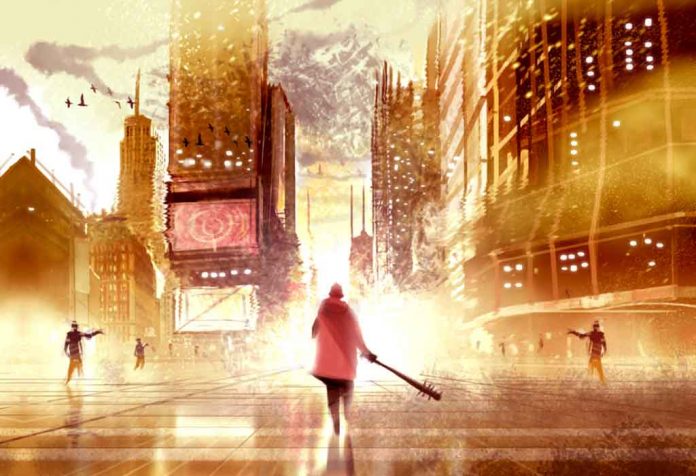 Good end-of-the-world movies combine the adrenaline rush of disaster flicks with horror films’ creeping trepidation. There is pulsating suspense to these movies that make you want to wait till the finish. As the movie unravels what happens to the world as it is about to end, you sit there mentally, making a bucket list of things you want to do before the world ends, along with the characters. The movies oscillate between an extinction event or something in between for you to panic as the entire civilization braces itself for the consequences. Some world-end movies could be what you need to spice up a weekend with your partners or roommates. Here’s a list of must-watch movies that won’t disappoint anyone.

Movies about the end of the world reflect some strange paranoias and phobias that humans have been harbouring over time. There are and will always be apprehensions about what lies ahead in outer space and the safety of Earth as a planet from extraterrestrial beings, comet, asteroids, meteoroids, or species from other planets. The top-rated end of the world movies span over several decades, and you can see the progression that humanity has made and the neurosis that it has bought with it. Enjoy watching world-ending movies on Netflix, Amazon Prime, and other OTT channels for an eventful weekend with friends and family amidst this global crisis.

It is a comedy about the apocalypse, wherein the central characters play an exaggerated version of themselves amidst the impending disaster that looms large. It’s a fun film that deals with a serious topic with a tinge of humour and sarcasm.

This is a phenomenal movie that is set in a post-apocalyptic wasteland. It is popular for the scintillating performances by the stars, and it still awes the viewers with its surprise element.

The movie is all about a comet that could be catastrophic for humanity. An enterprising group of people steps forward to find a solution to curb the destruction and save lives. The movie has some great performances, stills, and a poignant representation of people’s feelings and emotions.

The central character Eli takes things forward when the world is plunged in darkness, thirty years after things have gone awry. Eli keeps things simple but is equally vital to put up a fight. The best part is he is blind.

5. The Day After Tomorrow

A movie that talks about an apocalypse centred around a climate crisis and follows a group of New Yorkers who take refuge in a commonplace after an international superstorm. The VFX and the constant threat of nature’s fury depicted is what makes viewers sit on the edge of their seats.

Another cinematic brilliance about the fatal consequences of climate change depicts how Earth could no longer be inhabitable. It shows NASA’s attempt to evacuate Earth. Incredibly deep and thought-provoking, it has some beautiful visual effects.

7. Invasion of the Body Snatchers

A throwback classic, this one is better than the original that came in 1956. The movie is about strange seeds that drift into the earth from outer space and begin to proliferate. They don’t just grow, but they replicate residents into emotionless automated bodies.

A top grosser, this movie chronicles the journey of a group of scientists endeavouring to move Earth far away from the expanding sun to avoid a collision with Jupiter. It is now available on Netflix for viewers to watch.

Humans become infertile, and no one knows the reason. An adaptation of the novel is all about adults carrying on existing in an increasingly frayed society. The scenario of the banality of the future generation is scary, but the hope of the central characters keeps the viewers glued to stay positive.

Earth suddenly has an expiry date, and as it approaches, the leaders of the world begin their preparations to protect humankind and save a piece of land on the planet. The film also follows a writer trying to protect his family.

A truly legendary film, it follows the journey of the character who is shattered with the state of dystopia but changes his mind as he finds several suffering. He follows a path to save possible survivors and find a cure for the plague using his own immune blood.

This one another movie about surviving an apocalypse. It depicts the grim reality of an apocalypse and how the central characters choose to navigate through the effects.

The movie starts with some animal activists setting caged chimpanzees free from a research facility. Unfortunately, the chimpanzees are infected with the “Rage” virus that attacks humans and turns them into monsters that destroy countries.

A classy and appealing end of the world movie, this one has all it takes to be termed a classic. It’s about humanity is trapped inside a simulated reality created by intelligent machines. If the world has to end, it must end with machine overlords.

The movie is about what happens after a comet has collided with Earth and follows James, who wants to head to the party to end all parties. But what follows is how he is pulled in other directions and ends up saving the life of a little girl searching for her father.

The movie is about aliens invading Earth on the 4th of July. A blockbuster, this one is a great pop corn-filled entertainer.

An asteroid is flying fast towards Earth. Who can save it – a group of astronauts? But NASA appoints a group of misfits, unqualified people from all walks of life, who decide to embark on the mission of their lives. The plan is to blow the asteroid up with a nuclear bomb.

The movie is the onset of a global pandemic due to a deadly virus and the collapse of society. Make sure you watch this one when the dust settles.

Steven Spielberg remade this classic which itself was an adaption of the novel by HG Wells. It follows the trials of a family following the terror attack from an alien force.

This sci-fi monster film depicts how Earth is at war with the Kaiju, colossal sea monsters that have emerged from the Pacific Ocean. Humans come together to fight them in the form of Jaegers. This is an excellent end-of-the-world action flick.

End-of-the-world movies have been in the making for a long time. The genre has evolved over the last few years, but it continues to make people think through its thrilling stories. If you like watching movies that transport you to a world of existential oblivion, then these movies will have you covered.

Urine Leakage During Pregnancy – Is It Normal?

How to Make Your Bond With Your Partner Stronger During Pregnancy

Feeding and Nutrition Tips for Preschoolers