15+ Must Watch Upcoming Superhero Movies in 2022

15+ Must Watch Upcoming Superhero Movies in 2022 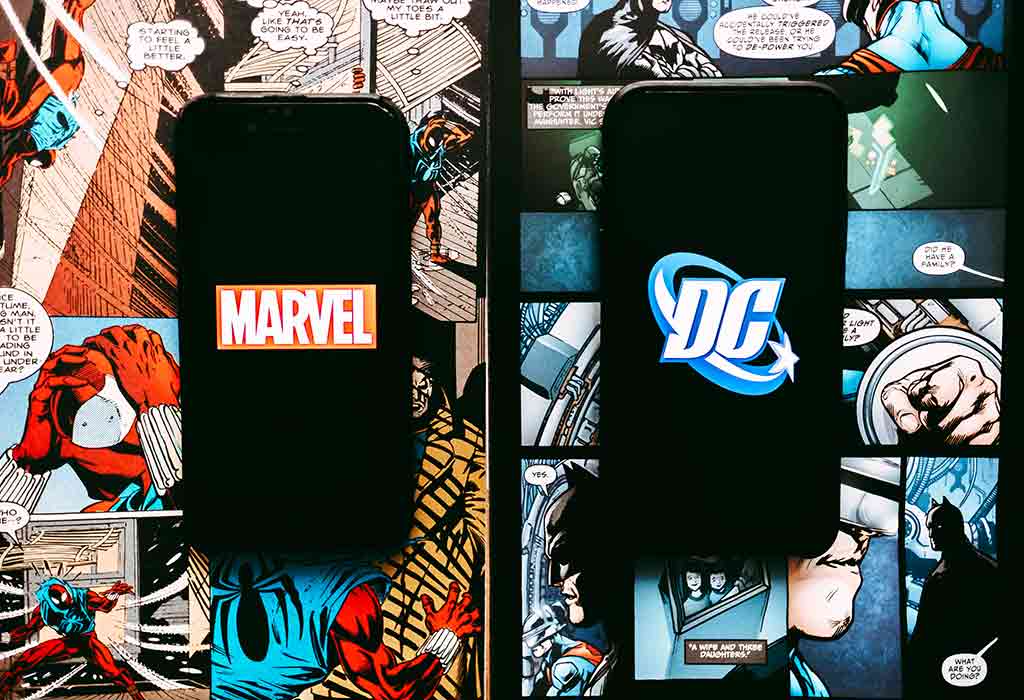 Superhero movies are always a source of thrill and inspiration for all the fans across the globe. While the pandemic in 2020 put all new releases on hold, 2021 has much in store for fans as theatres slowly open everywhere. After much juggling and postponing release dates, the new superhero movies for 2021 have fans all excited. We’ve put together this list of all the upcoming superhero movies for this year that is sure to keep you entertained after a long spell of boredom.

New Superhero Movies Coming Out in 2021

Black Widow has been an important character in all of the Avengers movies, so both the fans and the directors felt a movie exclusive to the character is long overdue. The story fills in many parts of Natasha Romanoff’s back story, and it is set in the world after the events of Captain America: Civil War.

2. Venom: Let There Be Carnage

This movie is the sequel to the first venom movie. Venom, who is the strangest superhero around owing to his monstrous appearance in character, is loved by all for his sense of humor and the incredible superpowers he has. The sequel has much thrill to offer as Tom Hardy goes up against Woody Harrelson’s carnage. The movie was originally set to be released in October of 2020.

Fans of the first movie would be super-excited for the upcoming Suicide Squad. However, what adds the excitement is that this movie is not a sequel or a reboot of the old one; it’s a fresh new take on the idea with some of the old favorite characters such as Margot Robbie making an appearance along with new ones.

4. Shang-Chi and the Legend of the Ten Rings

Shang-Chi is set to take his place alongside the usual favorites when it comes to new superhero movies with fresh characters. Shang-Chi will be Marvel’s first superhero movie with an Asian lead character. The idea is not new as it is based on a 1970 comic by Steve Englehart. The protagonist is raised and trained by his father. But when he learns that his father is evil, Shang-Chi turns against him.

Eternals is a new superhero movie revolving around a group of completely new characters created by Jack Kirby as a comic series. The story is about immortal beings who have visited the human civilization in its infancy and helped it grow over the millennia. The cast consists of A-listed Hollywood stars, and the movie even features a gay and a deaf superhero character.

Everybody’s favorite superhero character back with a plot that is strictly under wraps. However, rumor is the return of characters such as Kristen Dunst, Emma Stone, Toby Maguire, and Andrew Garfield. What definitely can be expected is the humor and the high-flying action that characterizes every Spiderman movie. Originally set to be released in July 2021, it was postponed.

A new vampire superhero movie is long due, and that is exactly what this Marvel comics adaptation by Sony promises. The movie has a connection to Spiderman: Homecoming, so there’s an overlapping narrative fans can follow. The story is about a scientist who becomes a vampire after his experiment goes wrong.

Starring Sylvester Stallone, the movie is the story of a veteran hero in hiding. He is brought outside by a young boy and undergoes his transformation as he helps the people.

Any fan of the DC movies will tell you that this will be the most anticipated movie of the year. In fact, it has been one of the most anticipated since 2017 as the hype has built around the favorite superhero team that was once more popular than the avengers. The fans have rallied much on this movie; therefore, it is to be seen how good it turns out to be.

This animated movie follows a girl who tries to train a lazy monster in a world where monster wrestling is a popular spectator sport. Rumble, a couch potato, fits the character of the outlier hero who finds his calling. The movie is based on a comic series by Rob Harrell.

This movie is a prequel to the original Kingsman film series. Like the first one, it is full of heart-pumping action and plenty of codes of honor. If you loved the first move, this one has much promise!

Snake eyes, one of the most feared and loved characters in the GI Joe series, is featured in this origins story. The movie goes through the transformation of Snake Eyes and his antagonist, showing the individual personalities’ creation. The fans are also in for some surprises in the movie!

14. Doctor Strange in the Multiverse of Madness

Doctor Strange gets stranger in this sequel to the original movie. The character started to make a new franchise, and the follow-up was delayed to make room for Avengers. This movie also stars the Scarlet Witch and has a direct link to the WandaVision series. So the fans of both the characters have much to look forward to and get excited about.

The Thor franchise remains strong, with millions of fans around the world cheering for their favorite god of thunder. This fourth installment of the franchise shared big news back in 2019 that Natalie Portman would be returning to the cast. She will be Jane Foster, the first female Thor. The movie will also feature the Guardians of the Galaxy and pick up a role left off somewhere in Endgame.

This new standalone release of the popular DC character will star Robert Pattinson as a younger version of Bruce Wayne. The movie has been a long time coming and will explore some of the detective aspects of the characteristics common in the series but relatively unseen in the movies. The fans can expect a different take on their favorite character closer to the comics than ever before.

As the world slowly recovers from the pandemic, there’s much hope for movie fans as the new superhero movies are set to excite them. From remakes and sequels to totally original movies with new characters, 2021 is the year when the fun starts again.