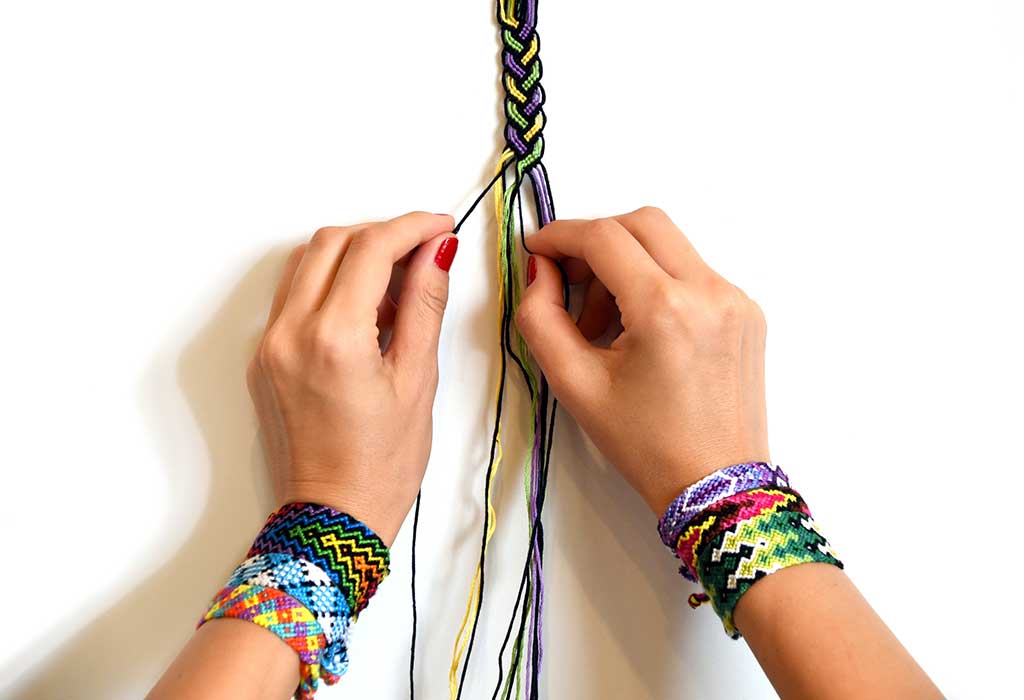 Friendship plays a significant role in promoting overall health and well-being. So, it is important to celebrate this relationship by making your own friendship bracelet that will surprise your buddy and cheer up their mood.

What Are Four Basic Friendship Knots?

Developing and maintaining good friendships takes some effort. While celebrating friendship should not be just limited to any particular day, this bond provides us with joy and comfort that make the investment worthwhile. Bracelets or friendship knots date back to over 200 years from China. Their modern popularity began in the 1980s during the protest regarding the loss of Mayan peasants and Indians in Guatemala.

There are Friendship bracelets for preschoolers and cute and colorful patterns that are great for making a more sophisticated band. So, whether you want to impress your BFF with your craft or send them to a friend staying afar, you can learn some innovative techniques that teach how to make friendship bracelets perfectly. Items like pearls, tassels, and rhinestones are also used to embellish traditional floss bracelets. So, learn the four basic friendship knots that produce the coolest summer accessory to treasure forever.

This type of knot travels from left to right in the forward direction. Take the left string and bend it on top of its neighbor to the right, making the number ‘4’. Next, take the end that overlaps the right string and tuck it underneath it. Push it through the space between the two strands and take it up to the top of your string while tightening it. Repeat the process once more to complete the forward’s knots.

Tie from right to left in a backward direction to tie the backward knot. Take the right string and bend it on top of its neighbor to the left to make a backward ‘4’ shape. Now wrap the end of the right strand around its neighboring left string by going under it and through the space between the strands. Hold the interior strand straight and pull it through and bring it up to the top knot of your string. Tighten to secure. Tie a backward knot once more using the same two strands to complete your backward knot.

Here are some of the best friendship bracelet designs that make a versatile and unique fashion statement.

This admirable pattern is popular all around the world

This easy pattern is made using a wheel to create a round woven bracelet.

This interesting twisted design can be made using just one simple knot.

This popular pattern is made mostly by using knots forwards and is ideal for beginners.

Alphabet letters and beads decorated in the middle of the bracelet lend them a trendy upgrade.

It’s great fun to weave in and out braids that involve interlacing strands to make twine or a bracelet.

You can master this easy-to-make pattern to make an adorable gift for friendship day or Valentine’s Day.

This decorative knot used in Macrame has are many variations.

You can make zipper patterns by combining forwarding/backward knots, backward/forward knots, or even square knots.

You don’t need to be a sailor to wear or learn to make this bracelet pattern.

This common knotting technique has a chain-like appearance and is used in Macrame projects.

The simplicity of these bracelets imparts a casual look, while the yarn and fabric-made bracelets are so soft that they do not irritate the skin and can be worn for a long time. It is a very productive activity that helps children develop skills across a range of areas. So, these homemade bracelets may resemble a friendship that is as strong and everlasting as them.