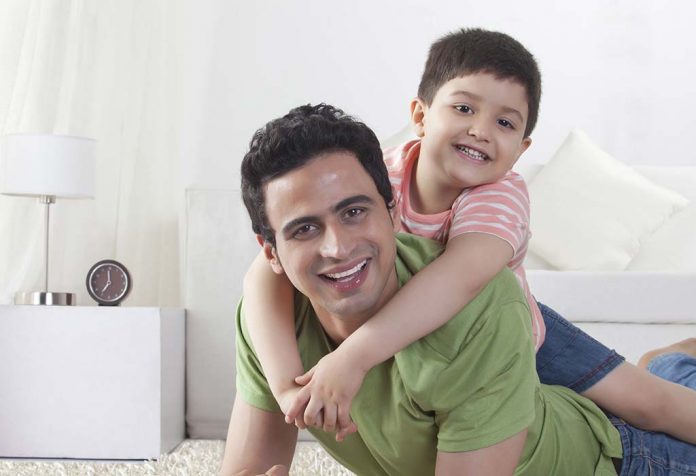 A father-son relationship is really complex. Fathers and sons who lack common interests might find it hard to relate to each other. In spite of wanting to show their love for each other, their male tendencies might keep apart. The key issue is that they may find it hard to connect with each other. But certain ways can help mend the bond between father and son.

How a Father-Son Relationship Grows and Changes over Time

When boys are young, they tend to idolise their fathers and think he’s invincible.

This stage occurs during the teenage years. This is when they do not want to be like their fathers. Normally, the views they have do not match and are on the opposite side. This is a father-son relationship breakdown.

During the child’s period of young adulthood, the contempt and difference may start turning into something like a competition.

This usually occurs during the 30s and 40s. In this period, the old problems are let go, and the son starts acknowledging the positive traits of his father. At this stage, friendship starts to evolve.

This stage is during the 50s, and at this stage, the son starts recognising that he is the mirror image of his father. 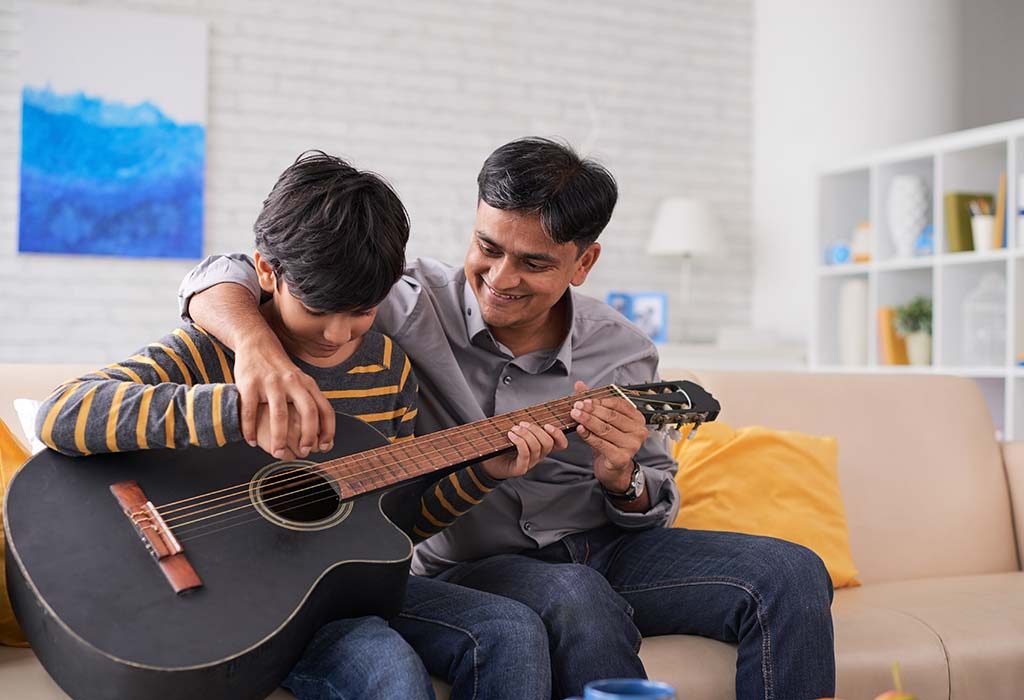 Tips for Dads to Strengthen the Bond With Their Sons

In the past, the bond between father and son was a bit more distant as it was solely based on respect and fear. Though there was love, there was also an emotional gap. However, this has undergone a dynamic change. Here are some tips dads can use to be a friend to their sons:

Not many people notice this but boys, when they are little, always learn about being a man primarily by watching their fathers. A son’s personal development because of his father’s influence is not always visible, but it’s real. Watching his father interact with this mother, a young man learns respect (or in some cases disrespect), how women and men interact and how men should deal with differences and conflicts. When this young man watches his dad interact with other men, he learns how to talk to men, how he should relate with his male friends and how to solve masculine issues.

2. It is Okay to Have a Little Boisterous Play

Most boys, especially when they are little, would love to do anything that is rough and active. Fathers doing something like a little wrestling now and then would go a really long way. With boys, it seems that this small bit of wild behaviour is a sort of a bonding experience. Remember to keep them safe during the time. Further, this behaviour might translate into activities like skateboarding, rock climbing, or ice hockey.

Almost every relationship gets stronger when both have something in common to talk and share. There are many cases where lack of common interest has become the reason both father and son do not spend enough time with each other. This further has resulted in the inability to not find out anything about each other. Songs and movies for dad and son bond is a great way of developing common interests.

4. Get Involved in Father-Son Activities

Activities dads can do together with their sons will help to grow the bond. It could be anything like cooking together in the kitchen or boy scouting where you help each other. It is best if dads start this practice when their sons are young.

5. Take on a Large Project

A boy finds it really magical when he takes on a project that is bigger than him. Fathers could try to do things like rebuilding a few cars and putting the machines back into operation. There are many who decide to build planter boxes, a vacation cabin, landscape a backyard, or even go for a nice summer biking vacation. Whatever the project is, when done together, the bond created will last a very long time. 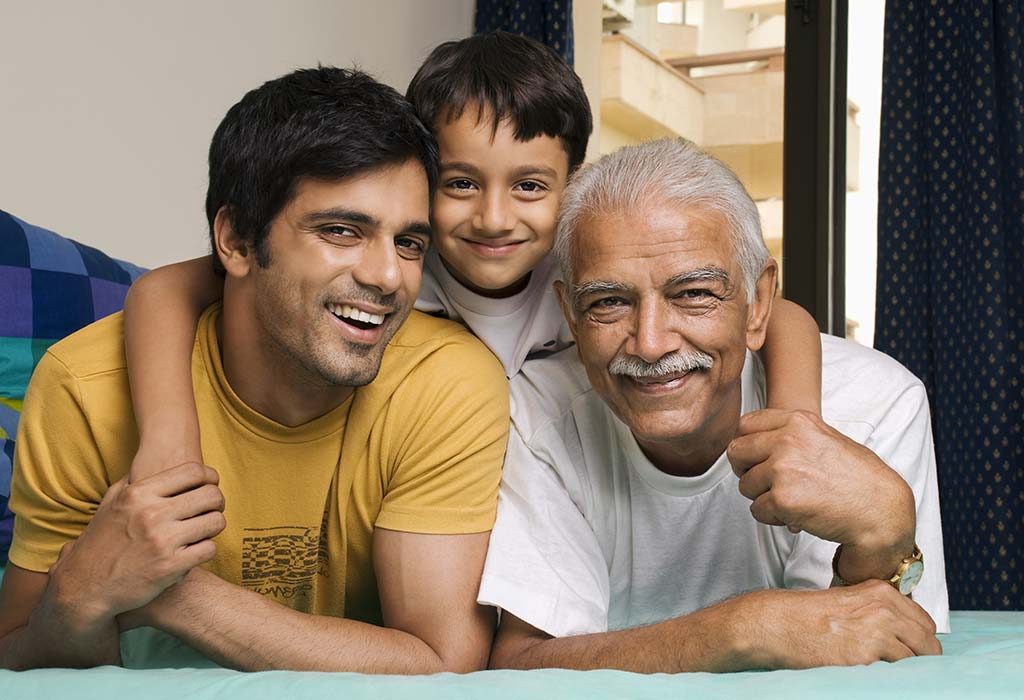 In general, men might find it hard to have effective communication. Starting from a younger age, listen to them without making a judgement or trying to fix the problem too soon. This will build a relationship that is lasting. Listening basically develops a sense of confidence in the person who is sharing. It also makes sons feel light in times of distress. Therefore, you can look for opportunities where you listen to them. Activities like going for a sporting event, fishing, or a long road trip are effective ways to make your child talk. Spend only 25% of the time talking and listen the rest of the time.

7. Don’t be Afraid to Have the Big Talk

The father-son relationship from crib to teenage years could get a little tricky. When it comes to the big talk with your teenage son, you might feel a little uncomfortable. Take your time in teaching your son about relationships and his body. It is best to be open about having conversations like this as it will develop a better attitude in your son, about the opposite gender.

8. Focus on the Positives

There are negative messages present all around children. Even when they watch a commercial on television, it creates a sense of inadequacy because they are not as strong, or do not have six packs, or are not as good looking as the men they see on the television. As a father, you should communicate your approval and disapproval of things. Constant reinforcement will help to create a relationship of trust.

For your relationships with your child, you need to make time. So make sure that you come up with ideas to create one-on-one time with your son. He will have an interest in different areas, and you can latch on to those areas. Spend quality time together so that you are able to create some good memories.

Another important role of the father is to help his son be grounded spiritually. Whatever faith you follow, help the kid understand the deeper meaning of life. Even if you do not have faith or belief, help him understand his inner self. Fathers could have conversations like these with their sons calmly and naturally as they share feelings and thoughts about manhood, spiritual things, and life itself.

It is never a good idea to maintain a distance with your kids or be strict with them. They are not going to change that way. Children can be moulded only by gently guiding them to follow a different path. Also, when you share an amazing bond with your kids, it will make everything easier for you.

Why Stop with One Child? Plan for the Second Child!

How To Overcome Failure – Simple and Effective Ways

My Baby My Copy – Funny Experience of Almost Every New Mother With Relatives!

The Best Cooking Shows on Netflix