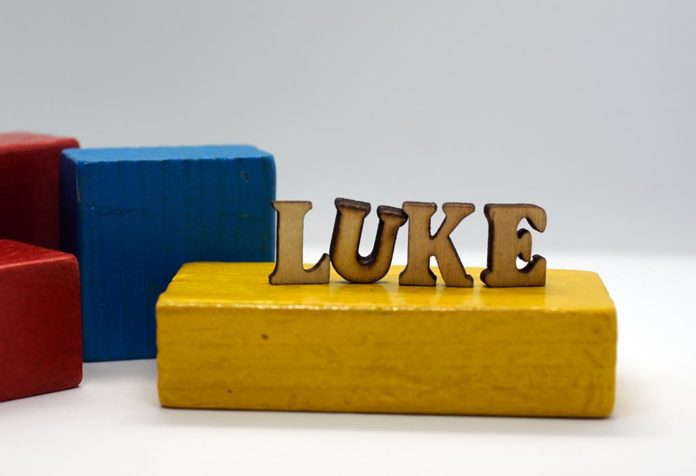 There are various aspects to a name, and parents consider them when naming their child. Along with pronunciation, the meaning of a name plays a vital part when choosing a name. The name Luke has been widely popular since 1955 but skyrocketed in the late 1970s and early 1980s. This is one of the classic names that never fade out of popularity. In the 21st century, Luke is one of the most popular baby names.

What Does Luke Mean?

Parents are focused on choosing a name for their child that is trendy and has a beautiful meaning. The meaning of Luke is “light” derived from Latin and, therefore, has a symbolic meaning. In French, the name also means “light” as well as “laidback,” and in English, it means “bringer of light.” The name is popular in Greek since it refers to the patron saint of creatives, artists, and doctors.

A shortened form of the name Lukas in Greek, the origin of the name Luke comes from ancient Rome. This name came from Lucas, which is procured from the Latin word “Lux.” Luke is also one of the four writers of the Gospel; therefore, you can identify the Biblical connotations from the New Testament of the Bible.

Other spellings for Luke cater to the trend of this name in various religions, cultures, and traditions. It gives an insight into the cultural significance of the name. Therefore, some of the Luke name variations are:

How Popular Is the Name Luke?

According to the SSA data, the name quickly elevated its ranking from 2011. The name ranked 28 consecutively in 2014 and 2015, followed by 29 in 2016 and 30 in 2017. Although there is a slight decrease in the name’s popularity, it maintains its stable position within the top 50 list. The name ranked 32 in 2019 and 31 in 2020. Therefore, there is adequate scope for the name to increase in ranking in the upcoming years.

Interest in Luke – US

In the US, the interest in the name Luke has varied over the last ten years. The name has maintained a rank over 20, where it dipped the lowest in February 2011. On the contrary, the name ranked the highest in March 2019, with a rank of 100. Although the interest in the name has considerably decreased, it increased again in December 2020, indicating its probability of ranking high again.

Popularity of the name Luke

According to the worldwide trends of the last decade, Australia ranks the highest where the name Luke is the most searched. It is followed by the United States, Ireland, the United Kingdom, and New Zealand. These are the top five countries where the name is most used.

Search trends of Luke – US

Middle Names That Go With Luke

Some people may think a middle name’s not necessary. However, it plays a crucial role in maintaining a balance of your child’s overall name. Therefore, selecting a middle name should be done with careful consideration. This list includes some of the double names with Luke:

There are countless variations to a name that have different spellings but have the same or similar meanings. The same goes for baby names like, where Luke the various names descend from different origins. Some of the other names and family names for Luke are:

Many names sound similar to a name. Therefore, some of the names that rhyme with Luke are:

Ensuring consistency among the names of your children can aid in maintaining uniformity. Choosing sibling names that go with Luke should be done by evaluating various names and their meanings. This list includes some of the suitable sister and brother names for Luke:

Nicknames are used in informal settings and are used instead of the proper name. Nicknames often have a touch of humor because close friends or family members give them. Some of the unconventional nicknames for Luke are:

The name Luke has been gaining remarkable popularity with time. In the last decade, the name has climbed from being in the top 100 to the top 50. It might be because people are becoming more conscious of naming their children by evaluating their meanings. This name has a beautiful meaning and a nice ring to it. Therefore, this name is considered to further rise in the baby name ranks in the US.

Forefinger Probing And Your 12 Months Old