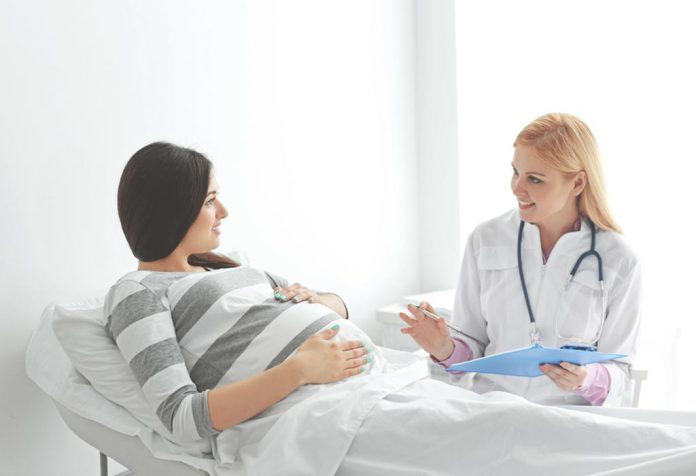 An adult woman has mucus discharge at various stages of her life. It is this mucus that provides a safe path for the sperm to fertilise the eggs. A mucus plug in pregnancy plays an important role in the protection of the baby and can also act as an indicator of labour. Here’s what you should know about losing the mucus plug during pregnancy.

What is a Mucus Plug?

During ovulation or the fertile period, the mucus discharge becomes thick due to high oestrogen levels and protects the uterus from bacteria and pathogens. When fertilisation occurs, the mucus plug (operculum) is formed. It serves as an extra layer of protection for the uterus and foetus during the entire length of the pregnancy.

What Does ‘Mucus Plug Discharge’ Mean During Pregnancy?

Just before giving birth to a baby, the mother goes into labour. This means that her body prepares for birthing. The cervix dilates, and this causes the mucus plug to get dislodged. This is the first sign that you will shortly go into labour. So, you needn’t be worried, as losing the mucus plug is an entirely normal process. In fact, it is a good sign of the progression of pregnancy and an alert for the mother to be prepared for delivery.

The mucus plug is a thick gelatinous discharge from the vagina. During pregnancy, the colour of mucus plug can be white, red, or brown. Sometimes tiny blood vessels rupture when the plug is dislodged. In this case, the discharge could be a little pinkish. However, most women have creamy white mucus discharge during pregnancy, which is called leucorrhea. This is due to the increased mucus formed and discharged from the cervix due to higher estrogen levels in pregnancy.

When Does Mucus Plug Come Out?

The accumulated mucus in the cervix gets discharged when the cervix dilates. The gap between losing the mucus plug and labour contractions varies from woman to woman. Most women lose the mucus plug just before labour. Others can lose it even days before the contractions begin. This is a normal process and should not be a cause for alarm. How Does a Pregnant Woman Lose the Mucus Plug?

Before the labour starts, the cervix dilates in preparation for the impending birth. As the dilation increases, the plug gets removed naturally. However, there are instances where the plug can get dislodged ahead of time during an examination or sexual intercourse. It is only the first layer of protection for the uterus and the baby and it means all is well and you will shortly deliver your precious bundle of joy.

Can You Pull Out Your Mucus Plug?

You should never attempt pulling out your mucus plug as it could lead to the damage of the inner walls of the cervix. It can also lead to bacterial infection of the birth canal which can lead to health complications for the newborn baby.

Is It Normal If You Lose Your Mucus Plug Early?

Some women may lose the mucus plug much earlier in their pregnancy (earlier than 37 weeks). But, there is no need to panic. However, if you have a bleeding discharge, instead of the regular transparent discharge, contact your doctor to rule out possibilities of complications.

What to Do If the Mucus Plug Comes Out?

Once the plug is dislodged it means the first level of protection is no longer there. If this happens close to your delivery date, it is a good sign of the progression of pregnancy into labour. Treat it as an early warning that you will shortly go into the labour.
However, if you lose the mucus plug in the earlier than 37 weeks of pregnancy, there is no need to worry. The amniotic sac will still protect the baby, but inform your doctor about the same. Some women will lose the mucus plug after contractions start and just before the amniotic sac breaks. Some others may not even notice that the plug has been lost.

All women pump out high doses of oestrogen during the fertile period, during sexual intercourse, and during pregnancy. The production of mucus means that the body is preparing itself for ovulation, pregnancy, or delivery. During pregnancy and just before labour sets in, the mucus production increases. Most women notice a white discharge during pregnancy, which is the excess mucus being discharged. Before labour, the plug is discharged to enable the baby’s delivery.

What is Bloody Show?

Bloody show is a good early sign of the onset of labour. It is a mucus discharge tinged pink or brown with blood. It means the cervix is dilating to prepare for the onset of labour, and the plug at the mouth of the cervix is dislodged because of it. If you are close to your delivery date, it is a good sign.
Even if you lose it in early pregnancy don’t worry, as the amniotic sac will protect the baby.

Is Losing the Mucus Plug the Same as Passing Bloody Show?

No, the colour of the mucus plug should normally be creamy white or creamy in colour. During its discharge, the process of tearing away could have a little blood in it. This pinkish or brownish discharge is termed the bloody show.
If at any time you see a bloody discharge with fresh blood in it, see your doctor immediately to ensure there is nothing wrong.

How to Know if You Have Lost Your Mucus Plug

You should be very observant during your pregnancy and inspect your underwear or sanitary pad carefully. It differs from woman to woman. All women discharge mucus plug before delivery and this can be noticed as a blob of pinkish or brownish mucus discharge. If accompanied by bleeding or pain, it becomes a severe problem.

How Long After Losing Mucus Plug Does Labour Start?

One can expect to go into labour in about the next day or two if you have the bloody show. Contractions may start in a few hours to a few weeks. It is the first indicator of labour and it is time to be prepared. The onset of the contractions will determine the start of labour. Just relax, be calm, and prepare yourself for delivering your baby. Will You Always Discharge Your Mucus Plug?

Yes. It blocks the passage of the foetus and would inevitably be dislodged at some point of time.

Is There Any Complication of Losing the Mucus Plug?

No, the process is entirely normal and you must lose the mucus plug to deliver the baby. If the mucus plug is dislodged in early pregnancy (around the 24th week or earlier than 37 weeks) then it only means the extra layer of protection is gone. This does not mean that your baby is at the risk of infection. Your body is designed with a second layer of defence in the form of the amniotic sac. It also performs the same function as the mucus plug and prevents the entry of bacteria.

Is It Painful to Lose Mucus Plug?

Yes, there is some pain associated with the loss of mucus plug. It is something similar to what you experience during your period. However, this is not always the case as many may not even feel it coming out.

Losing a mucus plug is a part of your pregnancy. The loss of the mucus plug does not indicate a pathological problem as it is only making way for the foetus that is inside.

If you notice heavy bleeding during your mucus plug discharge, it could indicate complications like placenta previa or placental abruption and you will need to call a doctor right away. Also, if you notice a bad odour or if the discharge is green in colour, it may indicate an infection.

Realising you have lost the mucus plus may seem concerning. However, this is normal and not a cause for concern. Knowing and understanding the loss of the mucus plug helps you understand the birthing process only better. Be positive, stay calm and relaxed as you bring your baby into this world.

Co-Parenting: The Equal Responsibility of Both Parents to Look After Their Child

Overfeeding a Baby – Is It a Concern?