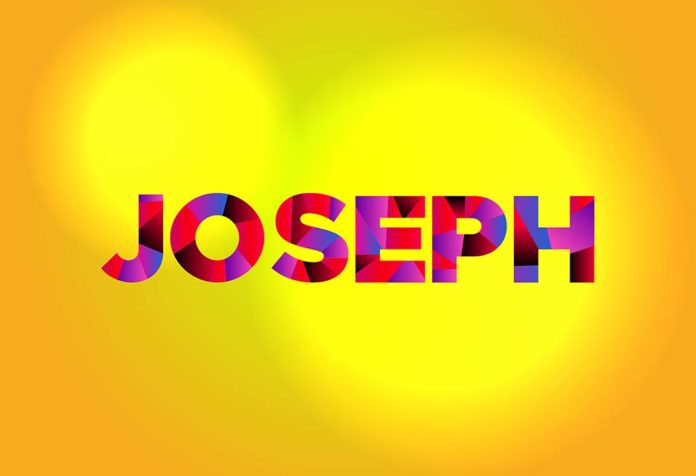 Joseph is a classic masculine given name that fits countless generations of boys with ease. Derived from the Hebrew name Yosef which means ‘He will add,’ Joseph has strong Biblical ties. Pronounced differently in different countries, this name varies in its spellings in the Nordic countries. Although the shortened form of Joseph is used as a girl name, there are multiple variations in its feminine form that are common as well.

What Does Joseph Mean?

Joseph is a Biblical name that comes from the word Asaf, meaning ‘taken away.’ It may have originated from the Hebrew root Yosef and Yasaf, according to which the meaning of Joseph is ‘God will give’ or ‘God will increase’ through the Greek Losephos and the Latin Losephus. The name can also come from Hebrew Yadah, meaning ‘praise’ or ‘fame.’

The Latin form of Greek Joseph is Ioseph. He appears as a favored son of Jacob and Rachel in the Old Testament. Joseph is mentioned as the carpenter husband of the Virgin Mary and Jesus’ earthly father, and Joseph of Arimathea, as per the New Testament. Joseph became a common Jewish name in the Middle Ages. However, in the later Middle Ages, the veneration of Saint Joseph made this name quite famous in Spain and Italy. After the Protestant Reformation, Joseph was more commonly used among Christians.

A Biblical name like Joseph has equivalent forms in other languages of the world. Here are some of the Joseph name variations and other spellings for Joseph that show how this traditional name has found a way into the heart of new-age parents through the numerous Biblical translations:

How Popular Is the Name Joseph?

Despite years of repeated use as the name of countless kings, leaders, and sports stars, the Joseph popularity index has remained consistent as a strong contender for one of the most famous names for boys. After being most popular in 1917, it ranked at number 5 and made up 2.6% of male births in the US. Following this, the name fell out of favor from the top 10 most popular names in 1930. According to Social Security Administration data, the Joseph baby name ranking had been one of the highest for boy names in the early 2000s but has seen a steady decline since then. However, the name has cemented its spot in the top 30 most popular names since 2000.

Interest through searches for Joseph has been positive over the last ten years, consistently accumulating a score of above over 30 on the popularity scale. The name was searched most in October 2019 with a 100 and dipped to its lowest popularity in this decade-long trend in June 2021.

Interest in Joseph – the US

Mirroring the US search trends, the search for Joseph has been positive over the last ten years, registering popularity of over 40 that reached 100 in Oct 2019. The name gained the lowest interest at 38 in Nov 2020.

The Popularity of the name Joseph

Search trends show that Joseph has been searched the most in Congo – Kinshasa in the last ten years, followed by Martinique, Réunion, Malta, and Uganda. The spread of Christianity among the people of Congo and the influence of the Bible has contributed to the rise of popularity of the name Joseph in Congo – Kinshasa.

Search trends of Joseph – US

Middle Names That Go With Joseph

Middle names are usually paired with a forename and a surname to honor a family member, heritage, or simply sound good. Here are some of the potential double names with Joseph that can be paired for quick reference:

Most celebrity names set the trend of a year’s coolest baby names. When classic names come back from obscurity, they bring creativity to the baby-naming table. Here is a curated list of famous people called Joseph that have always stayed in the limelight:

Baby names like Joseph can have different spellings based on cultural origins. Family names for Joseph need to be equally suited to allow the full name to sound sophisticated and elegant. Here is a list of some of the other names for Joseph that can be considered:

A Christian name like Joseph can lend your child’s identity immense dignity and strength of character. Here are some names that rhyme with Joseph to reflect your faith in God.

Sibling names are thoughtfully chosen to co-ordinate or complement each other. Here is a well-crafted list of some of the best sibling names that go with Joseph:

Nicknames are fun but can be hard to find. Here are some of the unique nicknames for the name Joseph that represent your emotion and bond of love that you share:

Joseph has spread as a forename in English, German, French, Spanish, and Jewish cultures as the Bible has been translated into many languages. Despite its waning popularity in recent years, the name Joseph will hold a special place in the hearts of the faithful.

Lara Dutta’s Post-pregnancy Weight-loss Journey is the Inspiration You Need to Start Your Own!

A Promise to Give Her Children a Beautiful and Happy Family!!!

My Exciting Journey of Being a Mother of Two Boys

10 Toys Every Baby Needs to Own