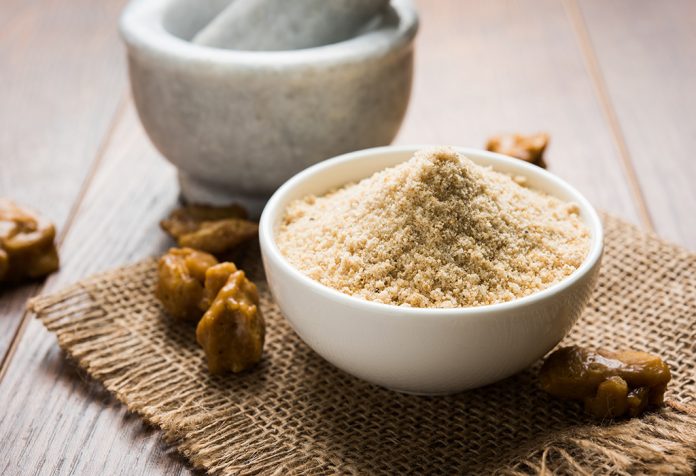 Hing or Asafoetida is a herb which is widely used in Indian recipes. It is obtained from the roots of a herb called Ferula. It provides a specific taste and flavour and is used mainly in vegetarian recipes. It is added to chutneys, spicy curries, pickles, and sauces. Asafoetida is known to have many health benefits as it comes from a family of medicinal herbs. Many people take asafoetida to get relief from breathing problems. Women also take it to cure any menstrual problem they may have as it stimulates the uterus. It helps in restarting your menstrual period if it has stopped for some reason. It is also useful in treating sexually transmitted diseases and a number of genital infections. Many people also use asafoetida to fight depression as it is said to be a nerve stimulant. It is also used for various other purposes:

Can You Eat Hing while Pregnant?

In Indian food preparations, asafoetida (hing) is added in very small amounts (just a pinch) and so may not cause much harm if consumed during pregnancy. However, there are certain precautions that you need to take before consuming asafoetida during pregnancy. No doubt it can cure your flatulence or any colic pain, it can cause a miscarriage if taken in too high amounts. Hence, an overdose of hing can lead to serious complications for pregnant women.

Side Effects of Asafoetida in Pregnancy

Below are a few side effects of consuming asafoetida or hing goli in pregnancy:

It is best to avoid hing or asafoetida entirely in your first trimester of pregnancy. You can consume it in the second and third trimesters of your pregnancy but in a very small amount. Make sure to consult your doctor about consuming hing during pregnancy and stay safe.

Watching These 8 Kids Dance Is All You Need For Instant Happiness!

Self Feeding in Young Children

Importance of Blocks and Construction Toys for Preschoolers