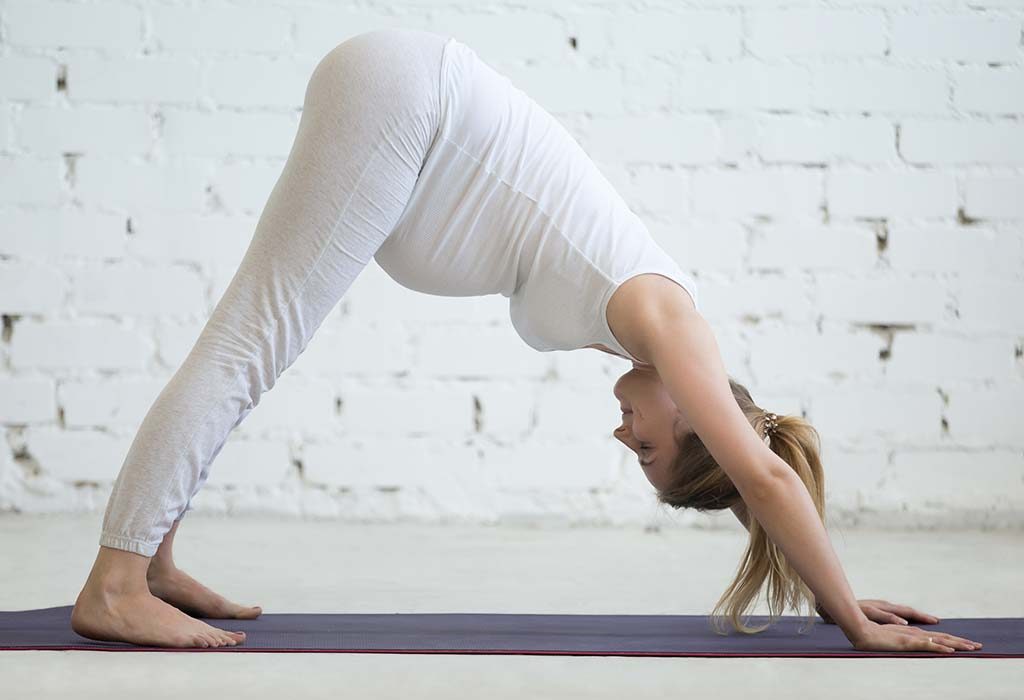 The definition of yoga inversions differs for each practitioner. For some, inversions mean when the heart is above the head, while for others it is when the feet are above the head. If you’re pregnant and want to do yoga inversions, you will want to know which yoga asanas are safe to perform during pregnancy. The key to successfully performing any yoga pose is knowing your body and its limits. While yoga has been proved to be beneficial particularly during pregnancy, you should always exercise restraint while doing certain poses. Yoga inversions are a good form of exercise if you already have a practice of doing them before you conceived. However, there are certain yoga inversions that should be avoided when you are pregnant, as they may be a potential threat to your pregnancy.

What is Inversion Yoga?

The pose in yoga in which the performer’s heart is at a level higher than her head is known as an inversion in yoga parlance. Doing these poses stimulate the body’s nervous system. They also improve blood circulation in the body and has been proven to alleviate backaches and depression during pregnancy. Some of the simple yoga inversion poses during pregnancy include forward bend while standing, child’s posture, dog-pose facing downward, extended puppy pose (anahatasana), dolphin pose, and shoulder stand.

Can Pregnant Women Do Yoga Inversions?

Practising yoga inversions requires discipline and experience. During pregnancy, a woman’s body becomes sensitive with the flow of so many hormones and relaxation of muscles and ligaments to accommodate the growing needs of the baby. Women who’d perform yoga inversions without prior knowledge tend to become off balance while performing the yoga inversion poses. It is because pregnancy changes the gravitational equilibrium, which increases your chances of losing balance. Prior practice in yoga inversions helps pregnant women in transiting from the various yoga poses with ease, thus minimising the risk of injuries. It is entirely up to you to decide whether to do yoga inversions when you are pregnant. Yoga inversion is a unique form of exercise which depends totally on you and your understanding of the body. You will be astonished to find that most of the women who have prior experience in doing yoga inversions have continued to do so even during their pregnancy without causing any harm to themselves or their pregnancy.

If you decide to practise yoga inversions in pregnancy, make sure you practise under the guidance of a trained prenatal instructor, who can gradually and safely expose the expectant mom to increasing degrees of inversion. Pregnancy is not a time to try something new and challenging, so if you have never done an inversion like a head stand before, now is not the time to try. 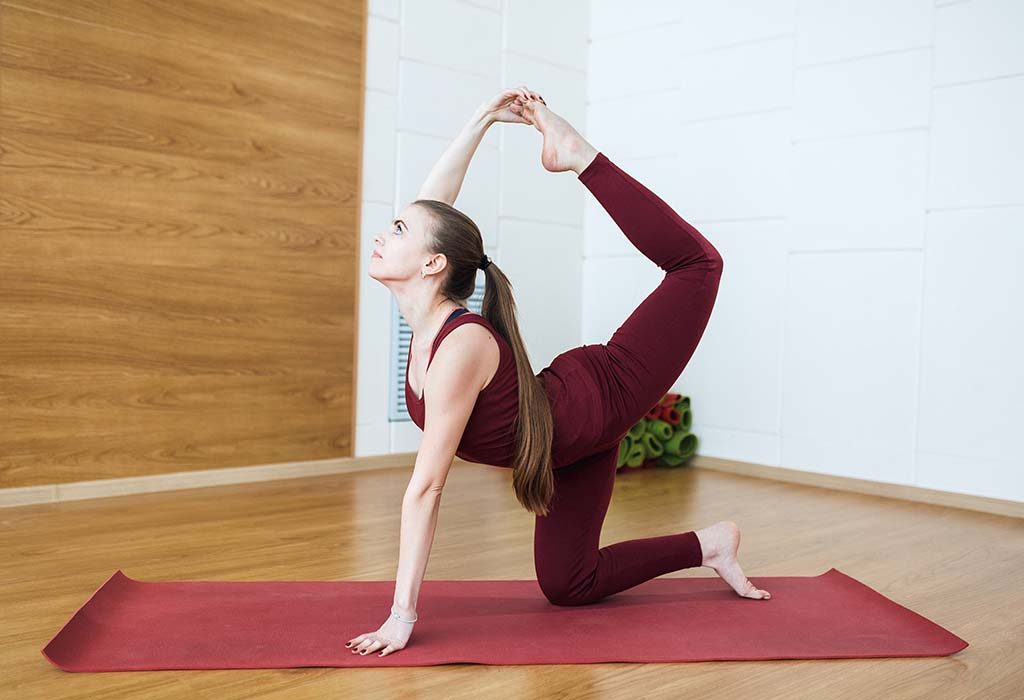 1. Is Yoga Inversion Recommended in the First Trimester?

Extended puppy pose too can be performed in the first trimester of pregnancy. However, extreme inversions like headstand (shirshasana) are best avoided as the placenta is attaching to the uterus and you would want to prevent blood being shunted away from the uterine organ.

2. Is Yoga Inversion Recommended in the Second and Third Trimester?

It is safe to practice easy poses of yoga inversions during the second and third trimesters as the risk of a miscarriage reduces considerably. Most of the pregnant women also have decreased symptoms of morning sickness by now. However, if you are new to it, your body’s increased blood volume might cause a slight sensation of dizziness while transiting in the yoga inversion poses. Talk to your yoga teacher and let him be aware of your condition so that if you feel uneasy, he can guide you and keep you safe. It is advisable to be mindful of such dizziness and slowly move back towards the upright position. It is okay not to practice yoga inversions on the days you don’t feel right.

Furthermore, in the second and especially in the third trimester because of heartburn, inversions may become hard to tolerate. Yoga practice is best done early morning on a light stomach to prevent heartburn.

Benefits of Yoga Inversions while Pregnant 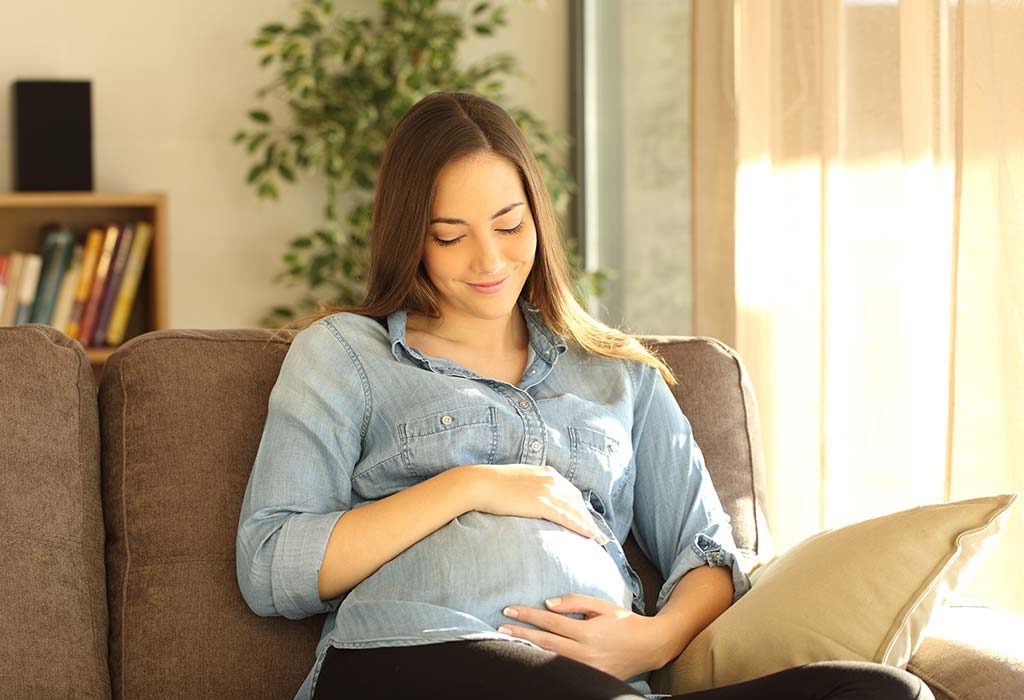 How to Turn a Breech Baby With Yoga Inversion Poses

There are a few yoga inversions which can help resolve the breech baby problem. The pose ‘downward facing dog’ has been proven to help immensely in cases of a breech baby. The duration to practice this pose after 30 weeks is for 30 seconds and with a count of 5 to hold. This can help in maintaining the optimal position of the child. In addition to these yoga postures, it is advisable that you do not lie down on your back during the last leg of pregnancy to help the baby to maintain a good position.

Though yoga inversions have been proven to be beneficial during pregnancy, you should be careful while practising them. You will have to be vigilant and careful. Here is a list of tips that you should follow while doing yoga inversions:

Variations of Yoga Inversions That You Can Perform While Pregnant

There are several variations of the yoga inversions, and you can choose the best that suits your body. Listed below is a comprehensive list of inversions that you can consider during your yoga sessions:

Also known as the child’s posture, this resembles the body lying in the fetal format. The shins are rested on the floor with the knees and hips bent.

This yoga is a perfect exercise form to give your aching back a nice stretch right from the head to your heels.

This yoga exercise can help stretch your back and legs all the way down to the calves.

Yoga has been long associated as an alternative to mainstream exercising forms. The many benefits that it brings have made it the most popular choice of exercising. Yoga inversions are a great way to relieve stress and back pain which are typical during the pregnancy. You can perform the simpler yoga inversions or choose from its many variations that suit and keeps your body happy. But remember not to start anything that is new to your body because while you are pregnant, the body has to make its adjustments to host the child in the womb. If you feel uneasy or need any help, do not forget to reach out to your caregiver or doctor immediately. Enjoy your yoga inversions and have a healthy pregnancy.