Home Toddler Food & Nutrition Is Milk With Bovine Growth Hormone Safe For My Toddler To Drink? 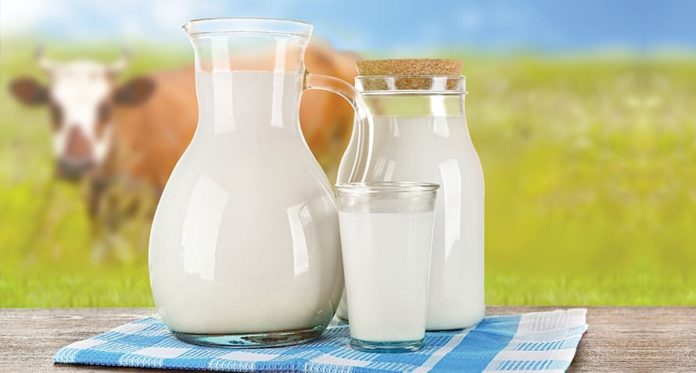 All mums know that milk is a must-have food for their child. At least that’s what their mum repeated to them since childhood! Hence, even though a child is fussy about drinking milk, mums constantly look out for ways by which they can feed milk to their toddlers. But after reading the eye-opener book on “What’s in your milk?” by Dr Samuel Epstein, back in 2006, all doting mums surely have become extra careful with what kind and how much milk they are feeding their kids.

Bovine growth hormone, or bovine somatotropin (also called bGH, rbGH, bST, or bST), is a natural peptide hormone produced by cow’s pituitary glands. The genetically modified variant is administered in cows to make them mature faster and produce more milk. Here’s the deal- many health organizations now do not propagate the use of milk with bGH in it.

Here are the main reasons for the red flag:

Since bovine growth hormone received FDA approval in 1993, some studies raise a red flag for the use of this milk:

We now see rising cases of obesity, cancer and early onset puberty. Some studies link these to bovine growth hormone. They claim that it can’t be absorbed by our intestines which only have receptors for human growth hormone.

Cows that are given bGH injections are more prone to health problems like lameness, reproductive trouble, and udder infections like mastitis.

Cows given rBGH are more likely to develop mastitis, an inflammation and infection of mammary tissue. Some studies show that this leads to bacteria and potential pus in milk. Further, treating infected cows with large doses of antibiotics can cause the antibiotics to show up in the milk. These antibiotic residues can lead to the development of antibiotic-resistant bacteria, which is a serious health problem.

Injected cows may produce a hormone called insulin-like growth factor-1 (IGF-1). A number of studies show that this increases the risk for several cancers especially colorectal, prostrate and breast cancers as it survives digestion and passes into the intestines to get absorbed by the blood.

There’s another side to this discussion. There are some studies which contradict others about the harmful effects of rBST on cows. They say that the presence of a little extra IGF-1 in milk doesn’t put people at any extra risk because IGF-1 does get broken down by the human digestive system. Ultimately, therefore, the decision about buying milk from such cows has to be taken from you.

Honestly, whatever you think about growth hormones in milk, it is now fairly easy to avoid them if you want. Buy milk or other dairy products like cheese, yogurt, and ice cream that are labelled as being rBST-free, or buy organic milk. One can also buy a milk alternative that is fortified with vitamin D and calcium, such as soy milk, almond milk, hemp milk, or rice milk, etc.

Planning and Brainstorming We Did for Picking Our Baby’s Name

Sleep Meditation for Kids – How It Helps Them

How to Beat Mental Stress – The Psychological Effect

We Went Ahead and Created a List of Baby Essentials You’ll Need This Winter- You’re Welcome!