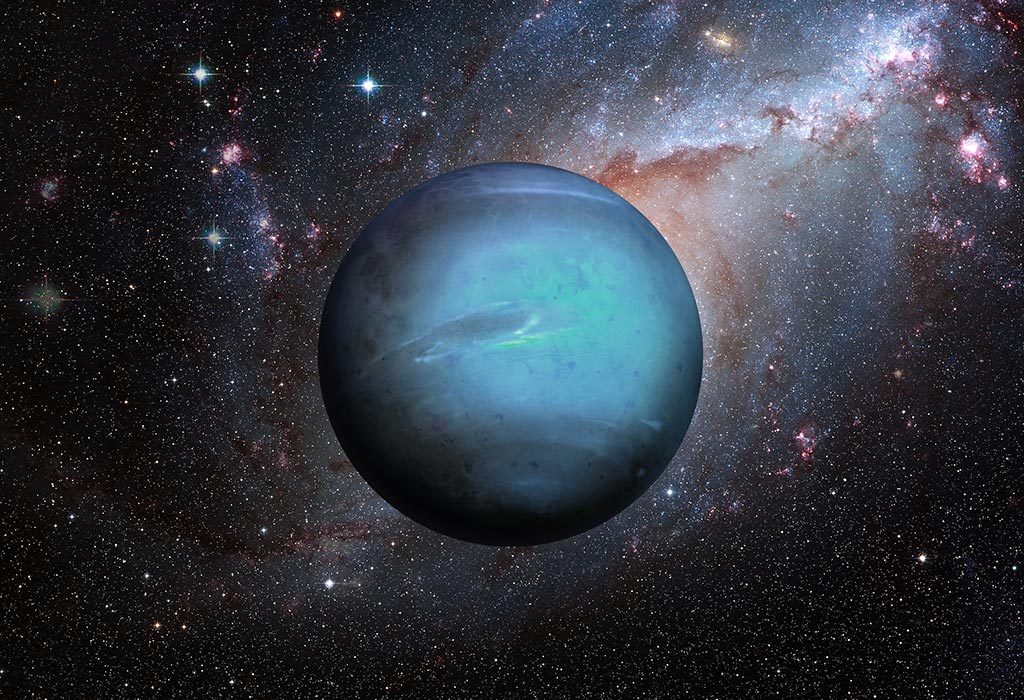 With the nine planets of your solar system, Neptune is the eighth one of the lot and doesn’t get enough attention. However, it ranks third when it comes to size and we’ve spotted it via a spacecraft only once. There’s a lot of Neptune information for kids that can reveal more about the beautiful blue planet.

Facts About Neptune for Kids

Neptune is a pretty interesting planet and there are a lot of facts about it that are mesmerising and can leave you excited to know the planet better. Here are a few fun facts about Neptune for kids.

1. Neptune Was Discovered Later Than Most Planets

While most of the planets closer to Earth were discovered in the early years, that was truly possible because the other planets are closer to us as well as pretty large in size. In 1846, Jean Verrier was able to identify its presence correctly.

Since Jean Verrier discovered the planet, the initial name that it was given was after him. However, it was decided that it should be named after a Roman God just like the other planets. The name that was chosen was Neptune since it’s referred to its blue colour, that is in line with the Roman God of oceans.

3. Uranus Is the Reason Why Neptune Could Be Discovered

Neptune is a planet that’s quite far away, so its presence couldn’t be determined easily. However, Uranus was visible and there was a peculiar orbital behaviour in it that was noticeable. That led to the belief that another body might be pulling it by its gravity, which helped in discovering Neptune. 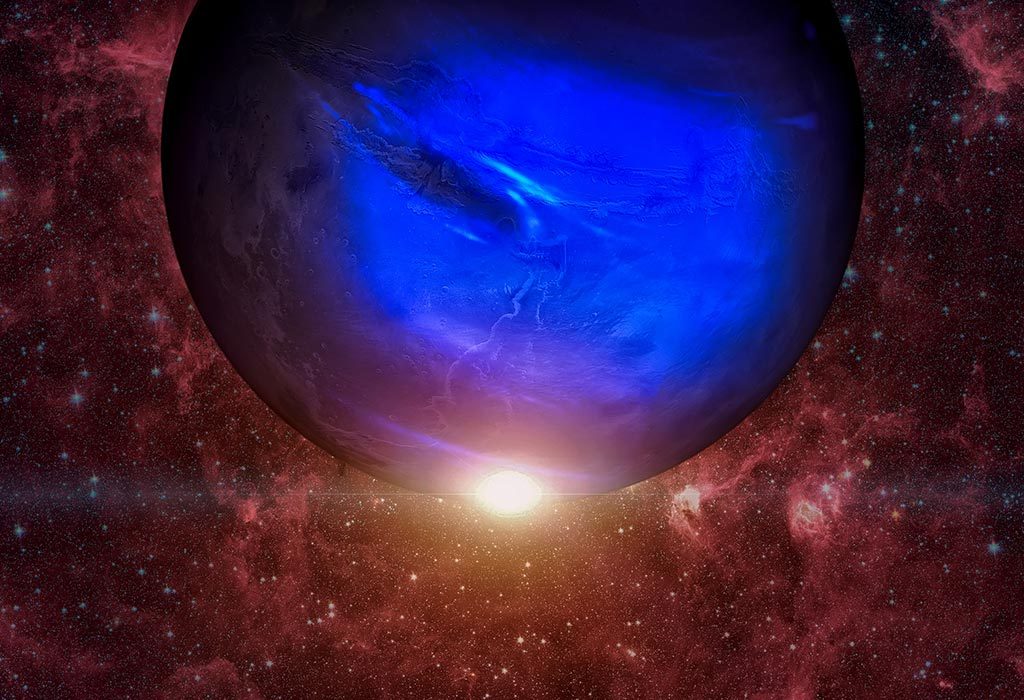 Yes, Neptune is the slowest planet to complete its revolution around the sun. By the time the Earth completes 165 revolutions, Neptune ends up completing one. After being discovered in 1846, Neptune completed its first revolution in 2011.

5. Neptune Does Not Have a Surface

Did you know that you won’t be able to stand on Neptune at all? That’s because there’s no solid surface. Neptune is fully made of gas, making it one of the gas giants of your solar system. It just has an inner layer of ice made up of water and a few other gases.

6. Earth Is as Small as Neptune’s Core

Neptune is truly a giant. The solid core at the centre of Neptune is roughly equal to the size of Earth. And just like Jupiter, Neptune has its own storm circling around it as well. That storm is a big black spot on the surface, which itself is slightly larger than Earth. 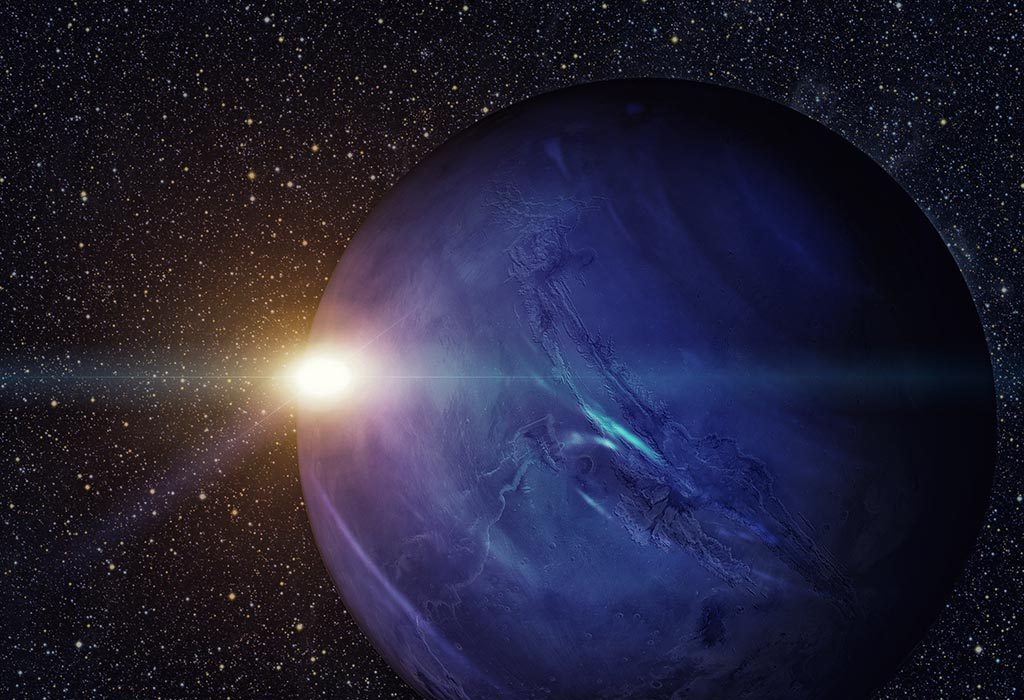 Imagine a sky with 14 moons glowing back at you – that’s how it would feel like to be on Neptune! Each of its moons is named after a Greek God of water, since the name Neptune refers to the Roman God of oceans. One of its moons rotates in the opposite direction as that of Neptune itself.

9. It Is Extremely Cold on Neptune

Whether it is due to the atmospheric composition of gases or just the sheer distance from the sun, Neptune is extremely cold. It is already about 47,000 kilometres far from the sun, causing its temperature to be close to -200 degrees. 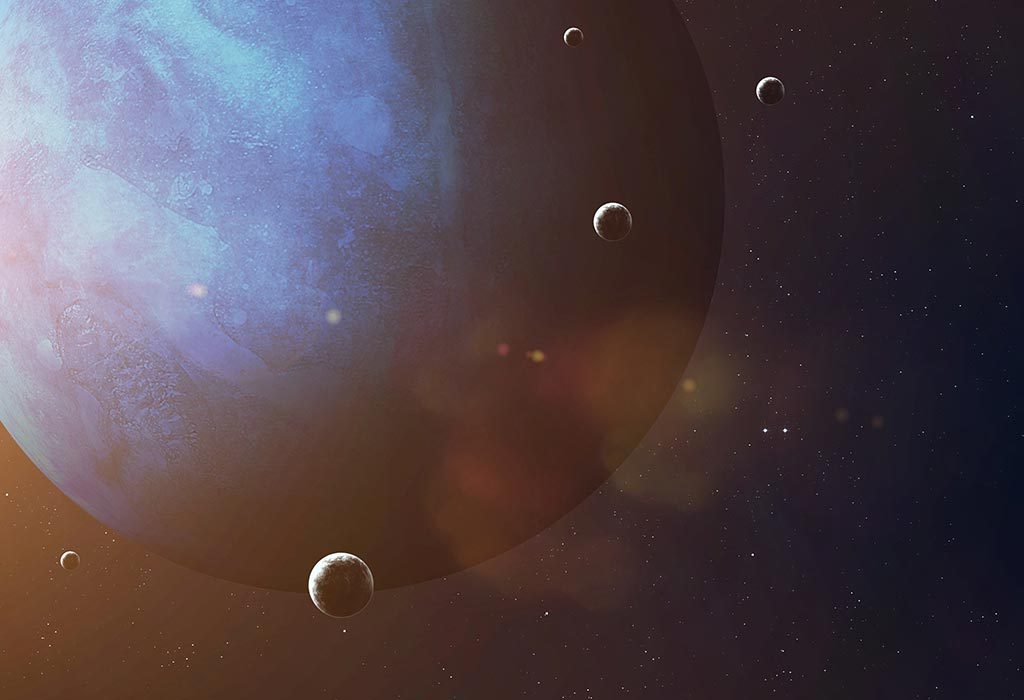 10. Neptune Also Has Its Own Rings

Well, you may not be able to spot the rings easily as you can with Saturn. However, Neptune does have its very own set of faint rings that have a reddish shade. These are primarily made up of icy particles and dust floating around it.

To put together information about Neptune for kids is a decision to be made between data and keeping things exciting. Helping invoke the wonder of space and planets can help your child develop an interest in the sciences and discover more facts by herself.