Interesting Facts and Information About Zebra for Kids

Interesting Facts and Information About Zebra for Kids 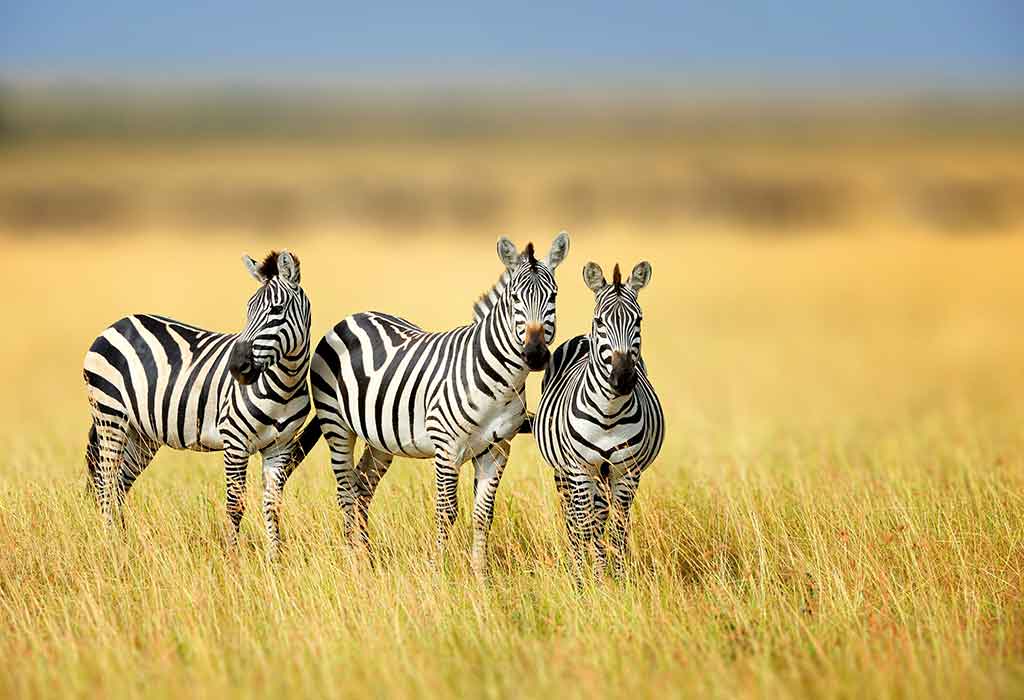 Did you know that the African zebras were used for carpet weaving and ornamental carving by ancient cultures? This beautiful species has a very diverse body plan and stripes running in a grid pattern along its length and breadth. So, regardless of whether you are an animal lover or not, keep reading for some unique and valuable Zebra information.

What Is a Zebra?

Zebras are recognized by their distinctive white and black (or brown) striped coats. Horses and donkeys are zebras’ cousins. Several African equine species (including the horse) are called zebras due to their distinctive black and white striped coats. Thus, no two zebras are alike. Zebras are herd animals that congregate in groups ranging from one to many. Unlike horses and mules, they have not been domesticated in the way we are.

Physical Features and Lifespan of Zebra

Interesting information about the physical characteristics and longevity of the Zebra are as follows:

If you’re interested in learning more about this fascinating animal’s behaviors and lifestyle, the Zebra facts for kindergarten kids provided here may be helpful. 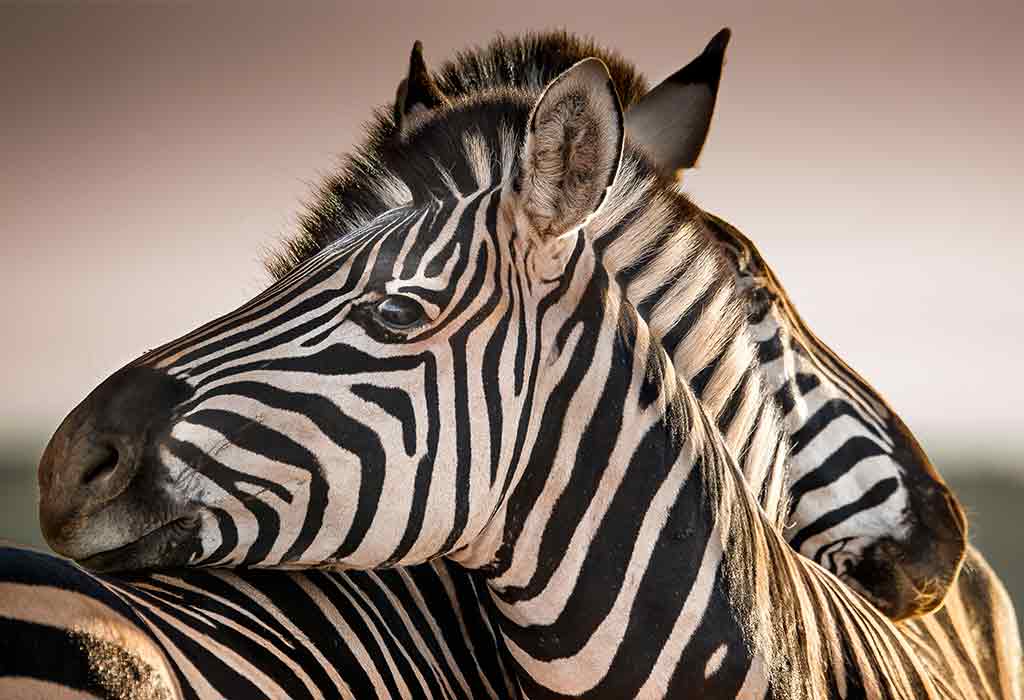 They are housed in harems of varying sizes. You can find zebras in various habitats, including woods, savannahs, meadows, mountains, coastal hills, and other types of terrain. Zebras are available in 11 different breeds, including the following:

This is the largest wild equid. It is a rare zebra. The arid plains of Kenya and Ethiopia are home to these zebras.

West Namibia and south-western Angola have these subspecies. They thrive in arid and mountainous areas.

These species are found in the Eastern and Western Capes of South Africa (Equus zebra). It is the tiniest in size and area.

Plains zebras make up the majority (Equus quagga). There are six subspecies of plains zebra.

The Zebra is found in Zambia, Tanzania, Kenya, Ethiopia, and Somalia. The ones in front are striped. The diagonal stripes are horizontal on the back flanks and rump.

The Selous zebra (Equus quagga selousi) is a subspecies of the plains zebra. The Zebra is a common sight in Mozambique.

Herbivores, such as zebras, do not consume meat as part of their diet as carnivores Zebras like short, green grass, although they will eat any available kind of grass. More than 90% of their food is grass-based. Some zebras consume bushes and plants, which comes in handy when there isn’t much grass to eat. They also consume leaves and twigs, both of which are loaded with nutrients.

Zebras need a lot of water to stay alive. At least one person reported eating more than a gallon of it all at once. If left alone, wild zebras may last up to five days without water.

Zebras have a plethora of interesting facts that youngsters may learn about. Here are some fascinating and amusing Zebra animal facts to keep you entertained while you read on:

Zebra facts for kids are a great way to teach them about this fascinating animal. Just so they can make better future choices or comprehend animals in general, children should be well-versed in the basics of this well-known species. These Zebra facts, information, and things about zebras for youngsters are great to have on hand.