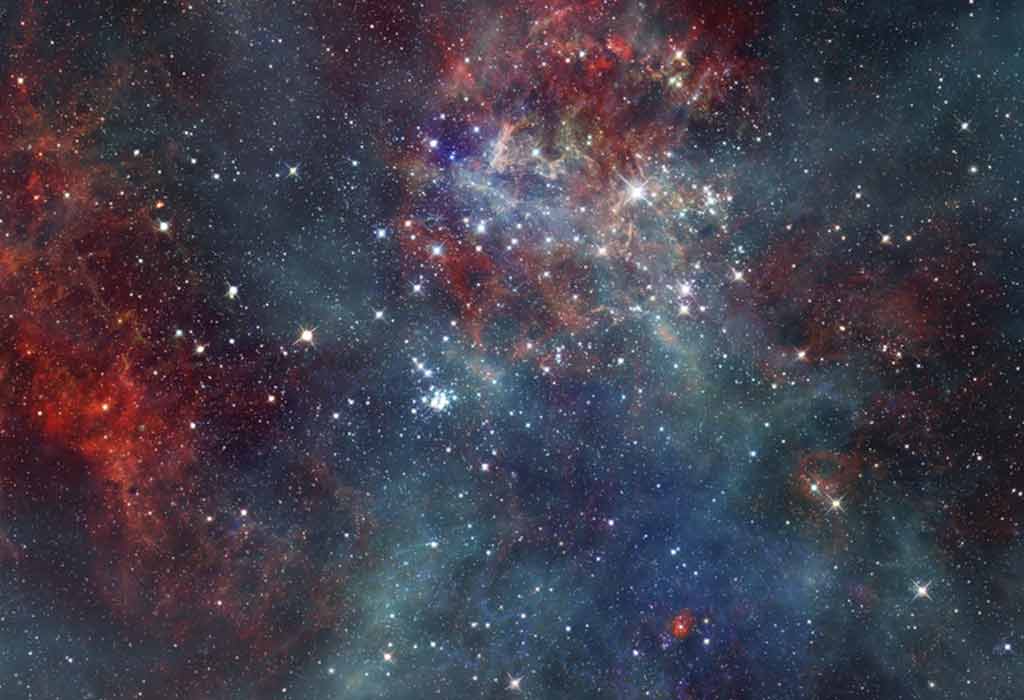 These huge balls of hydrogen and helium now help scientists unravel the mysteries of the universe.

Stars are formed through a process called nuclear fusion, where hydrogen and helium exert pressure on the outer layers, keeping them stable. They are luminous spheroids containing plasma that are held together by their own gravity. These celestial bodies radiate heat and light and are considered to be the very first components of the universe.

Did you know that stars can be classified into six types? If not, then read about the types of stars here!

A protostar is what comes before a star. It collects gas from its parent molecular cloud and is the second stage after the nebula is formed. When the nebula contracts and the core is made, the temperature starts rising rapidly. When the temperature rises to 15,000,000 degrees Celsius, nuclear fusion takes place in the centre or core of the cloud, causing the gas to glow, creating a protostar.

T-Tauri stars have variable levels of brightness and show periodic fluctuations. They’re less than 10 million years old and are newly formed masses with temperatures so low that the nuclear fusion process doesn’t begin. T-Tauri stars are identified by their distinct chromospheric lines, and they have a larger radius than main-sequence stars.

Red giant stars are dying stars that are in the last phases of their stellar evolution. When hydrogen fuel runs out of the core, these stars begin to grow in size. The effects of gravity from the helium can’t be counteracted then, and the heat gets released due to a sudden collapse of these masses. After the layers of gas compress, the helium core shrinks, and the hydrogen outer shells burn out. The solar radii of the star grow when the outer shell expands due to the resulting radiating pressure from the gases. The increase in size is followed by a drop in temperature, which causes the star to gain its reddish appearance, hence the name ‘Red Giant Star’.

The sun is an example of this, and for most stars, when hydrogen fuses with helium, they become main sequence stars. You can tell a star is in the main sequence if it shines brightly and is generating enough energy by burning hydrogen in its core. The bigger the size, the more quickly it burns through its hydrogen stores until it enters its death phase, at which point it no longer stays in the main sequence.

When higher core temperatures become phenomenal, and the reddish cores go through helium ozonation after hydrogen depletion, the outer shells start eating into the surrounding atmosphere. The helium core reaches up to temperatures of 100 million degrees Celsius and goes through a process called ‘the helium flash.’  Supergiant stars are massive in size and noted for their great intrinsic luminosity. They live for about a million years old.

When a star exhausts fuel from its core, it gives out planetary material known as the nebula. The core turns white and becomes very hot when releasing gases. These stars lack internal pressure, and gravity pushes them from outside. White dwarf stars collect dust and gases via nearby stars and begin to cool down that lasts for millions of years. The reason they’re white is because of the high temperature they reach near the end of their nuclear fusion phase.

How Do They Form?

Curious about how stars die and what happens in the process of them being formed? Here’s a brief overview of the lifecycle of stars.

1. A Star Begins by Becoming Nebulae

Clouds of hydrogen and helium occur, which are collectively called ‘HII regions.’ When interstellar gas makes up these clouds, a process called nuclear fusion takes place for the ‘nebulae’.

These balls of gas enter a spinning motion due to a Supernova explosion nearby, and the temperature rises rapidly, creating solid masses. When temperatures go over 10 million degrees, stars are formed. Most stars can take up to thousands of years to be created, and the Orion Nebula is the best example of a stellar nursery that is 1,500 light-years away.

Bigger stars die quickly than smaller ones. As hydrogen fuses and becomes helium, the nebular gas gets pulled by gravity. The interstellar gas clouds glow brightly and make a core that becomes very stable. After the nebula contracts into a solid core, the star keeps shining for millions to billions of years.

3. The Core Runs Out of Hydrogen

The next phase that occurs is the hydrogen in the core running out of gas. If there’s no more hydrogen, stars can no longer produce heat. When this happens, the core turns unstable, and the outer shell expands. The temperature drops and the star turns red, with this stage being called the ‘red giant phase.’ The built-up inert helium makes the mass collapse under its own weight, fusing with carbon, and this is when stars go through a supernova explosion. The remnants of the explosion become 1.4 to 3 times as big as the sun, and they are referred to as neutron stars. The cores of these masses get pulled by their own gravity in space and become black holes.

Other Fun Facts and Information About Stars for Children

Here are some amazing facts about stars and other cool information for kids: