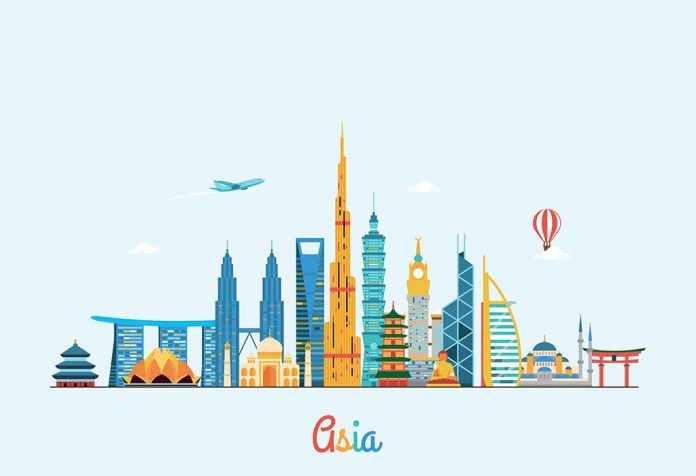 Asia is the largest continent and also the most populous. It is known for its rich and diverse culture, and it attracts people from all over the world. Asia and Europe are a part of a landmass called Eurasia, which is known as a supercontinent. Some of the largest countries (by size) of the world such as, China and Russia are in Asia. There’s plenty of interesting facts about this continent that your children would love to know about. Read this article to learn more about Asia, and share this information with your kids!

Fun Facts and Information About Asia for Children

Let’s look at some amazing facts about the largest continent in the world.

1. Russia is the largest country in the world.

2. Indonesia, the land of 150 active volcanoes is in Asia.

An area known as ‘Mount of Fire’ located near the pacific plate has more than 127 active volcanoes. Mount Merapi, which means ‘Mountain of Fire,’ is located on the island of Java, and it is the most active volcano in Indonesia, Asia. This volcano erupts every once every two to three years, and larger eruptions are seen once every 10 years.

4. The third-longest river in the world is in Asia.

5. China produces a lot of chopsticks.

Chopsticks are an important part of Chinese culture, and the nation produces a whopping amount of more than 45 billion chopsticks every year. Apart from producing these within the country, China also imports them from America. The American variety of chopsticks is lighter in weight as compared to the ones made in China.

6. Tokyo is the largest city in Asia.

Tokyo, in Japan, has the largest metropolitan area and is also the largest city in Asia. The city also has one of the busiest crossings, the ‘Shibuya crossing’. It is the busiest intersection in the world, where thousands of pedestrians cross the roads at the same time. The city has more than 38 million inhabitants.

7. The famous ‘Star Wars’-themed building is in Singapore.

If you and your child are a big fan of Star Wars, then this is one building that you will definitely want to see when you visit Singapore, the beautiful country in Asia. Named and inspired after the famous character ‘The Sandcrawler,’ this building came into a functional state in 2013.

8. Borneo, the third-largest island in the world, is in Asia.

Borneo, in Southeast Asia, is the largest island is in Asia. This massive island is surrounded by three countries, with Indonesia in the southern part of the island, and Brunei and Malaysia towards the northern region. 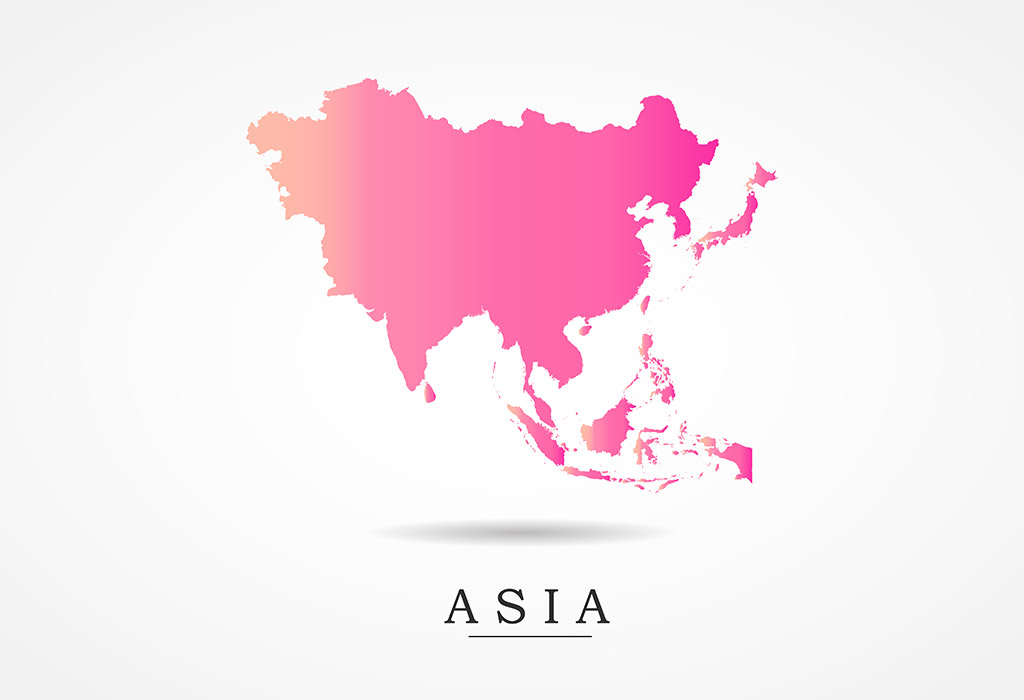 9. Asia is home to the smallest mammal in the world.

The bumblebee bat, also known as Kitti’s hog-nosed bat, is the smallest mammal in the world, and it is found in Asia. Although these tiny creatures that have given a ‘threatened status’ are mostly found in Western Thailand,  in 2001, they were also discovered in Burma.

10. The Gobi desert is the largest desert in Asia.

The Gobi desert, which is a cold desert, is the largest desert in Asia. It is also the fifth-largest desert in the world. Situated in the Southern Mongolian and North Chinese region, this desert is famous for mountains and dunes, and Bactrian camels, snow leopards, and other such rare animals.

11. The highest mountain in the world is in Asia.

12. People of Hong Kong and Japan have the highest life expectancy.

13. Asia is home to many languages.

Asian culture is vast, and people celebrate varied traditions and cultures. Some of the major religions followed here include Buddhism, Hinduism, Islam, Christianity, and Judaism.

15. There are 12 landlocked countries in Asia.

Asia is known for its rich culture and heritage. There are enough and more tourist attractions in Asia. Some of the popular tourist attractions are the Taj Mahal in India, the Great Wall of China in China, Gardens by the Bay in Singapore, and Petra in Jordon. We hope your child would love these facts and information about Asia. And if you know some other interesting facts about Asia, do share them with us in the comments section.

Words you Should Avoid Using at a Job Interview