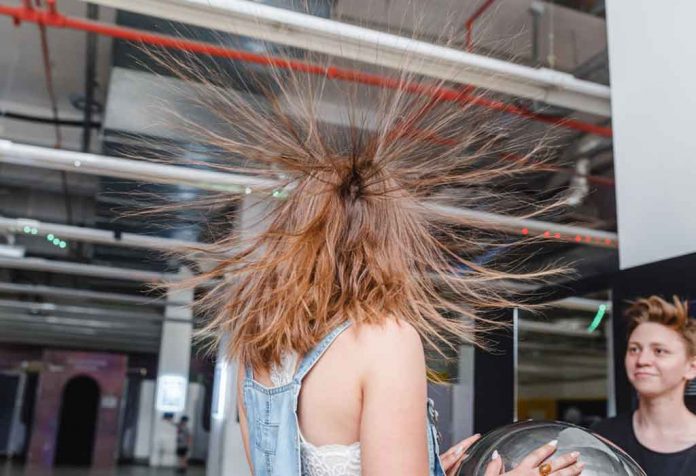 This phenomenon of a shock that we get from a rug after rubbing our feet on it or from handling clothes from the dryer or a while using a doorknob is called static electric discharge. This everyday phenomenon is also responsible for the lightning we see in the sky.  As a concept, static electricity lends itself well to kids’ imagination. You can use it to get your kids interested in electricity or other scientific ideas around energy or simply encourage them to be curious about the science behind our everyday existence.

Modern life with gadgets and tools would be unimaginable without electricity. A natural example of electricity is lightning. Energy is released when tiny positive and negatively charged particles called protons and electrons move from one object to another, generating electricity. In the case of lightning, many electrons flow through the air, all at once, from cloud to cloud or to the ground, producing a massive amount of energy.

However, a natural event does not cause the electricity we use at home. It is human-generated, converting other forms of energy into electrical energy. This energy flow is then controlled through wires and transformers till it reaches our homes and powers our appliances and gadgets. Often batteries are used to store the electrical energy in a portable form so that devices such as phones, laptops, other gadgets are not always tethered to a wire and can work when the electrical supply is disrupted for some reason.

What Is Static Electricity?

Atoms are the building blocks of everything on Earth. A nucleus and electrons make an atom. The nucleus, which is at the center of the atom, comprises the negatively charged neutron and the positively charged protons, creating a dense mass. The much smaller and negatively charged electrons spin around the nucleus and provide stability to the atom. Since the number of electrons and protons are equal, the atom itself remains neutral or does not possess a charge. An object, therefore, gets charged by losing an electron (+ve charge) or by gaining an electron (-ve charge).

The transfer of electrons sometimes takes place as the object comes into contact over and over again, like clothes rubbing against each other inside a dryer or a balloon rubbed against the palm many times. As the electrons move, one object becomes +ve charged and the other -ve charged, generating static electricity. While same charges repel, opposite charges attract each other. So when these charged objects come in contact with other charged or neutral objects, they try to stick to them. The static electricity is the reason for a comb seemingly trying to pull your hair towards itself after being rubbed over a woolen pullover.

What Are the Three Laws of Static Electricity?

The three laws of static electricity are:

As discussed above, static is created when two surfaces repeatedly come into contact, and one has high resistance to electric current. This prevents the electric charge from flowing out. From a scientific perspective, static happens when an imbalance of charge happens between two surfaces.

When the surfaces have a similar charge, they typically push away or repel each other. Similarly, when items have different charges, they attract each other just like a magnet. Unlike static electricity, the commonly used electric current at home flows through wires or other conductors to transmit energy.

How Is Static Electricity Used?

There are several usages of static electricity in our daily lives. It is used in photocopiers for copying an image or printing letters on paper. As the copier drum is charged with static energy, it attracts the negatively charged toner particles onto the paper. Thus, static electricity helps in printing any cute cartoons or completing craft projects. Paint sprayers are given a static charge to paint on objects. When sprayed, this charge attracts the paint, while the charge of the rods of electrostatic air filters attracts neutral particles from the air. Static electricity can be used for controlling air pollution. When this static charge is applied to dust or dirt particles, they are easily attracted and collected on an electrostatic precipitator to clear the air.

Can Static Electricity Cause Damage?

Despite its practical usages, static electricity can also cause damage. There are some electrical components found in computers that can be very sensitive to static electricity. They can be stored in specially-crafted bags to protect them from any damage. Wearing straps can aid in keeping us grounded while working with these types of electronics so that no charge is built up that can ruin the electronic components. Lightning has a temperature that can go up to 50,000°F or 27,760°C, making it a powerful and dangerous example of static electricity. If an electrostatic charge builds up in the refueling pipes used to add fuel to airplanes, it might cause a spark. 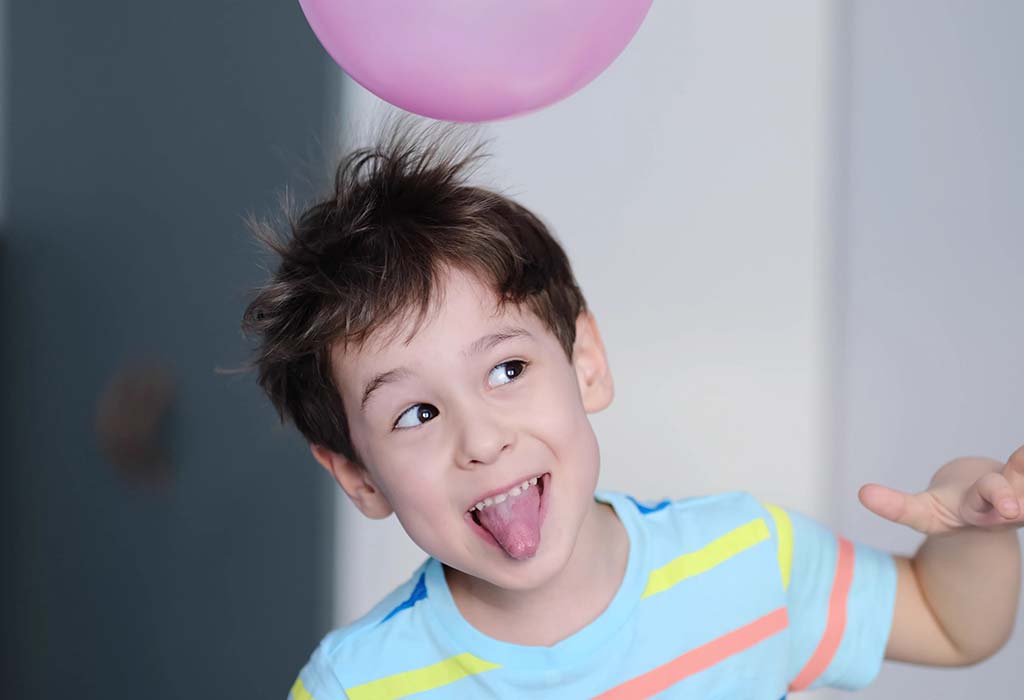 Here are some of the fun static electricity experiments that can be easily carried out at home. By doing so, kids understand the significance of electricity and the importance of electrical safety. Make sure these are conducted in a wide-open space under an adult’s supervision.

Experiment 1: Rolling a Can

A tin can be made to roll around without actually touching it using static electricity. All you need is an empty can, a piece of cloth, and a plastic rod.

Steps to be followed:

You can use a balloon to showcase frizzy, fly-away hair just like you have during a plane ride. You need a piece of cloth and an inflated balloon to do this experiment.

Apart from magnets, hovering plates can also demonstrate that similar objects can repel each other. You will require a piece of cloth and two Styrofoam plates to do this simple experiment.

You can minimize the risks caused by static electricity by taking adequate precautions. Avoid wearing rubber-soled footwear while doing any experiment as rubber is an excellent insulator, and it may create a significant amount of static electricity in your body.

Other Facts and Information About Static Electricity for Children

You need to be aware of some other facts and information before getting ahead with these experiments.

Static electricity may look like a small concern, but disregarding the source of the problem may result in a catastrophe. So, maintaining standards of safety can help to protect us from injury or property damage. Mandatory precautions need to be followed when it is used in the technological world. Researchers suggest that static electricity can be harnessed to charge our electronic devices in the near future. Installing lightning rods on houses ensures protection from catching fire when lightning strikes which is beyond human control. If you need help assessing your home’s electrical safety, don’t hesitate to call skilled professionals to address your electrical problem.

How to Choose Paediatrician for Your Child

World Animal Day 2022 – Why and How to Celebrate