Important Facts about Parrot for Kids

Important Facts about Parrot for Kids 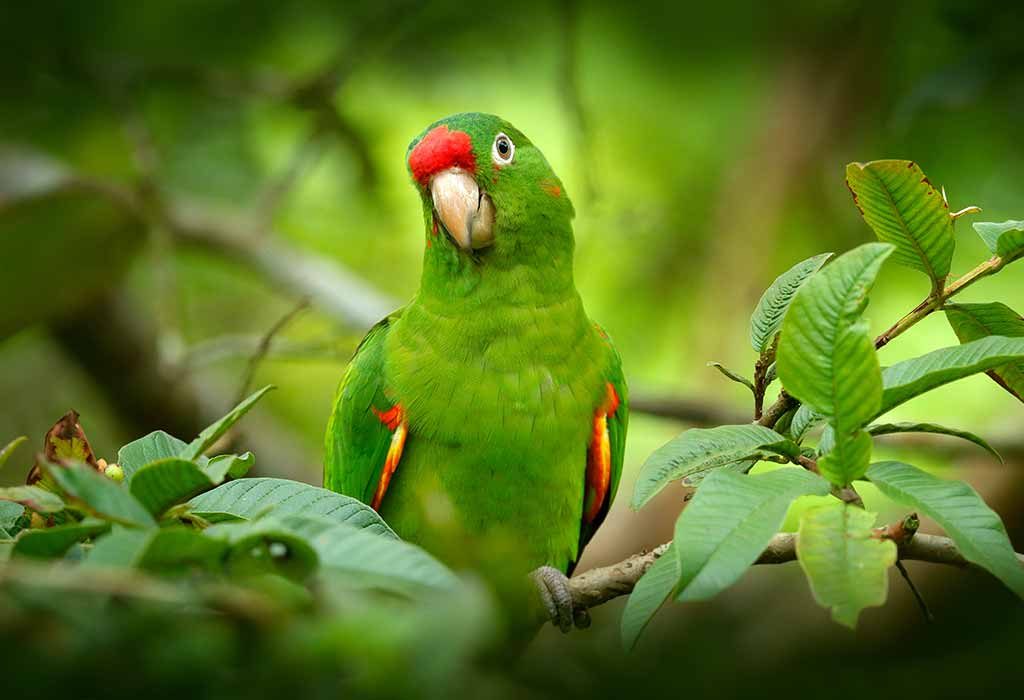 Parrot is the most popular and loved bird among children. Apart from being beautiful with its bright coloured feathers and beak, it is considered to be one of the most intelligent among birds. However, there are more facts to a parrot than it being a bird with colourful plumes and its mimicry skills. So here is an article not only on Indian parrot bird information for kids but also on other parrot species of the world as well.

Interesting Information about Parrots for Kids

Parrots are interesting creatures not just for their intelligence and beauty but also for their diversity and variety. Not all parrots are the same; the diet, plumage, size, look and the vocal sound all differ from one type to another.

Parrots are mostly found in the sub-tropics and tropical regions of the continents of Australia, South America, Africa, South and South-East Asia. We may find a fair number of parrot species in the Pacific islands, New Guinea and the Caribbean islands too. The other places where they are found are Belgium, Spain and the United Kingdom in Europe, Tierra del Fuego archipelago in South America, Mexico in the southern tip of North America, New Zealand, Fiji and the Solomon Islands in Oceania, Philippines and Bahamas.

The habitation of the parrot is wide-spread. They live in the lowlands of the tropical forests till the edges along streams and rivers. However, there are some species of the parrots that have been observed to be essentially forest-dwellers. Some even live in the shrubs and grasslands or in the dry forests.

The bird is mostly seen to feast on fruits, nuts, seeds and buds. However, different species of parrot feeds on a different type of food. Birds like the cockatoo and African grey parrots eat mostly seeds and buds while the golden-winged parakeets are the predators and have been observed to feed on snails, insects and also prey on sheep. On the other hand, few varieties like the hanging parrots, swift parrots, lories and lorikeets survive on nectar.

Parrots of any variety are basically social creatures and therefore can be seen to live in flocks of 10 – 30. Few of the variety of parrots are so loyal that they have the same mating partner throughout their entire lifetime.

Parrots are mostly not territorial in nature. They mostly build their nests in the tree branches using small pieces of wood, leaves or sticks and twigs or even on the tree cavities. Few of the varieties also build nests on the ground and some even make abandoned termite nests their homes. The incubation period of parrots differs according to the size of the species; larger the bird more is the time period of incubation. After the eggs hatch, the juveniles stay in the nest for a few weeks before they are big and strong enough to fly.

Other Facts about Parrots for Children

Listed below are some fun facts about parrots.

Although there are said to be about 350 species of parrots, many of the species have become endangered or are near extinction. Hunting them down for their flesh and feathers or trapping them to be sold at the pet market is some of the reasons behind it. However, some organisations are making an effort to educate people on parrots, and hopefully, it makes a difference in the near future.