Home Big Kid Play & Activities Hoverboards for Kids – How Safe Are They? 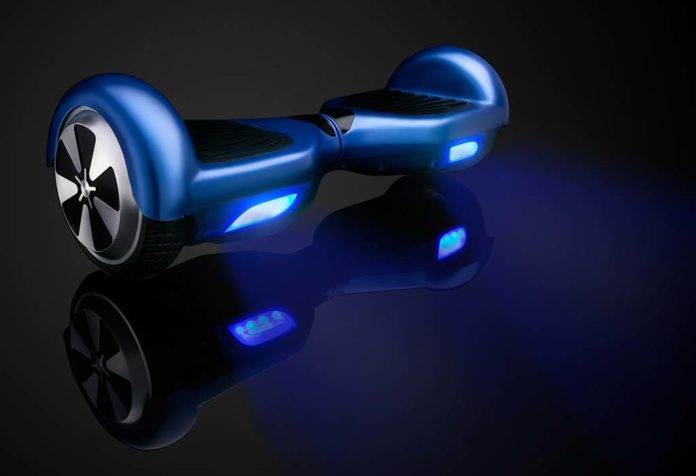 Hoverboards for kids may be the next big thing in the world of technology. However, while many previous innovations, such as the snowboard and the skateboard, have been a commercial success, the hoverboard has taken off like a shot out of the blue. Hoverboards, which are becoming increasingly popular among young people, will be found in more places every year. Is it, however, really any better than the traditional skateboard in terms of performance? Let’s take a closer look at what’s going on.

What Is a Hoverboard?

The term “hoverboard” refers to a self-balancing skateboard that will be available in the future. It is typically constructed of two independent wheels that are connected to moveable footpads that have high flexibility. The rider can control the bike’s motion and direction by turning either the front or rear wheels or tilting the pads forward or backward. Constant developments in hoverboard prototypes imply the prospect of increased mobility, efficiency, and ease of use, making it potentially safer for kids in the future.

How Does a Hoverboard Work?

Hoverboards seem to be the next big thing in extreme sports, according to the latest reports. The mechanism by which a hoverboard operates is fascinating, and we’ll go into more detail about it below.

Hoverboard riders will have to propel the equipment forward by pushing with their bodies. According to the manufacturer, additional sensors integrated into the hoverboard’s chassis will detect whether or not someone is riding it backward or in a specific direction. A computer is mounted on the back of a hoverboard and is used to determine the direction of travel.

Many well-known companies have developed new hoverboards with artificial wheels instead of traditional wheels. With the new self-balancing technology of the new hoverboards, they can keep up with fast-moving vehicles without losing their balance. In addition to the additional weight of the artificial wheels, greater friction between the wheels and the frames allows hoverboards to travel at a faster pace. Due to the lack of sufficient wheels on the self-balancing hoverboards, they may not function in the same way as conventional hoverboards.

Is It Legal to Use a Hoverboard?

The use of Hoverboards on public pavement and other non-road surfaces has proven controversial, with several governments banning their use. Hoverboards cannot be classified as unlawful in any way. Nevertheless, there are specific regulations that must be observed in various areas of the globe.

So, yes and no! People may ride these boards on sidewalks and in most public areas, but you cannot drive them. Several businesses are still developing this highly touted product, but you should only purchase one designed for walking and not driving on. As of now, the only way to operate a hoverboard legally is to receive a ticket from a cop. Numerous police officers consider them dangerous since they are often designed to appear like scooters rather than skateboards.

Are Hoverboards Safe for Your Child?

In most instances, children under the age of 13 are not allowed to ride hoverboards. Kids of that age group are immature and reckless, and their judgment and decision-making skills do not fully develop by then. It is better not to put your confidence in them to drive a board that can reach speeds of up to 15 miles per hour. While engaging in sports, children should wear all protective gear such as a helmet and wrist guards. Hoverboards, skateboards, scooters, and bicycles are examples of wheeled devices that parents should enforce a “no helmet, no riding” policy for children who use them.

Is There Any Age Recommendation for Children to Use Hoverboards?

Hoverboarding is a lot of fun, but you still have to follow the manufacturer’s age restrictions. Schools only allow specifically built kid-sized hoverboards. Get a hoverboard that fits your child’s height and weight so they can have fun while being safe.

Younger children should not use a hoverboard. Children who weigh at least 40 pounds may use the kid hoverboards. This weight barrier is typically reached by the age of five, but some four-year-old may reach that weight. Parents should consider several factors before buying a hoverboard for their children.

Risks of Hoverboard for Children

Several people died utilizing hoverboards, either from an accident or a fire that started when the board was charging. Wrists, forearms, and heads were among the most commonly injured body parts of the children. Fractures (40%) and bruising (25%) were the most common types of accidents (17 percent). Other serious injuries, including broken bones and brain damage, have been reported. However, early on, safety concerns arose, and hundreds of recalls were issued as a result.

Using a hoverboard for children has the potential to cause skin harm. While this isn’t a life-threatening condition, it’s inevitable. To avoid harming your child in any way, you should constantly take precautions. Using these boards may lead to bruises or open wounds, even if they don’t seem to be serious harm. Keep your hands off of them if you don’t want to hurt your little ones.

Can a Hoverboard Catch Fire?

Yes, hoverboards do catch fire! Overheating of lithium-ion battery packs may cause these self-balancing scooters to explode. It is best not to leave the hoverboard on charge throughout the night. Always keep your hoverboard away from anything that may easily catch fire. All hoverboards need to satisfy the UL 2272 safety standard. This certification does not guarantee the safety of the hoverboard against overheating or burning. The Consumer Product Safety Commission (CPSC) has received several reports of hoverboard battery packs exploding or catching fire. Hoverboards have already been banned by airlines, railroads, and colleges due to safety concerns.

How to Choose a Safe Hoverboard for Kids? 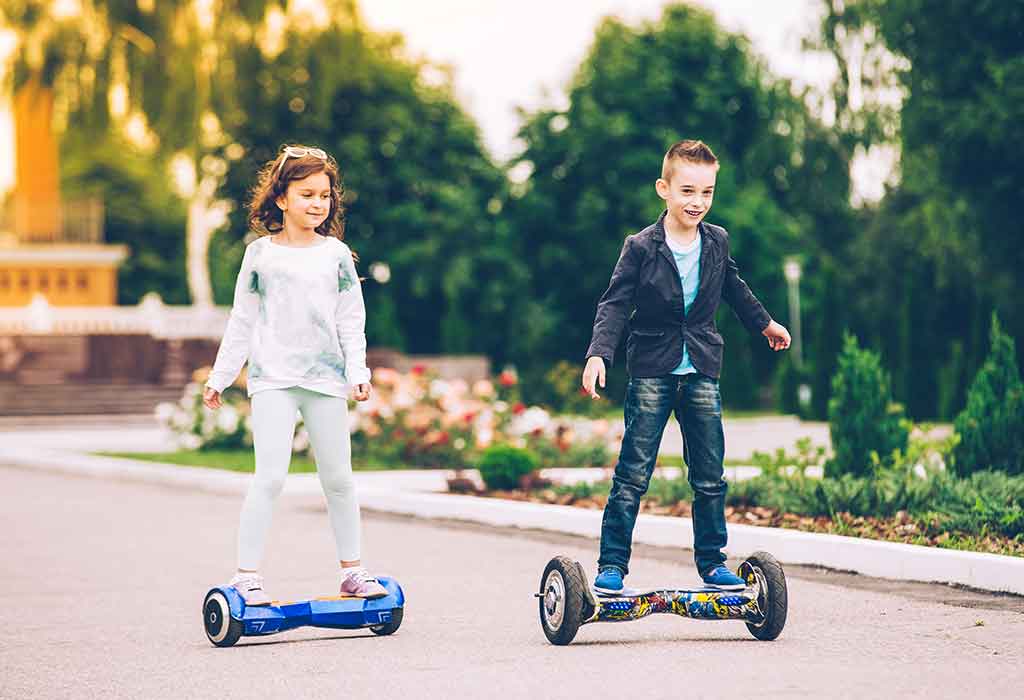 Hoverboards have only recently become popular among young people, even though they were not initially designed for children. When appropriately used, children’s hoverboards may be a lot of fun. Ensuring your children know that their hoverboards are not just toys but an actual motorized vehicle is also crucial to help them become more aware and alert while using them. Make a mental note of the essential features of a hoverboard that must be examined before purchasing.

Other Safety Concerns for Hoverboard

Even if you don’t have to worry about explosives, there are still some hazards to be aware of in the workplace.

Here are some safety tips to ensure that your children are safe when they are playing with a wheeled toy:

Kids these days are very interested in trying new things, and using a hoverboard to transport them to wherever they want to go can be a lot of fun for everyone involved. However, you must establish rules to ensure that your children do not injure themselves or are not injured by others. While attending a hoverboard party, parents should talk about the topics listed above.

5 Tips To Consider When Buying a Tricycle