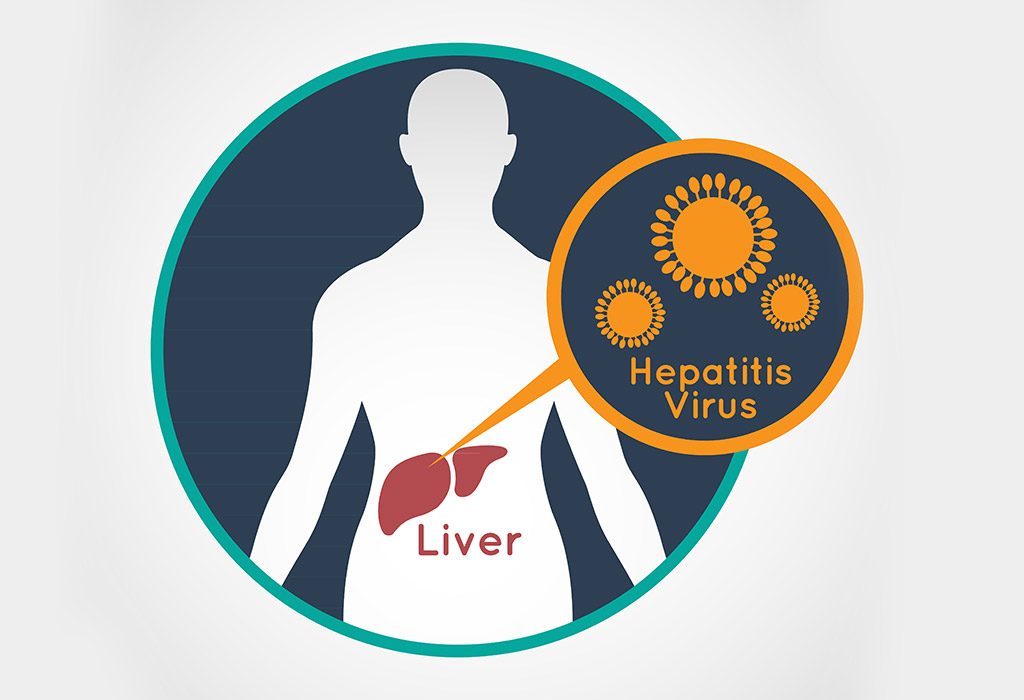 Hepatitis is basically the inflammation of the liver. It strikes adults more commonly than babies and children. There are various types of the disease namely – Hepatitis A, B, C, D, and E. While it usually is caused by a virus, Hepatitis may originate from other sources, too. Read on for all you need to know about this ailment.

Hepatitis is a viral disease, contagious in nature, and can spread from the mother to the new-born baby. From liver damage and liver cirrhosis to even death, hepatitis can develop serious complications as adults if it goes undetected. Kids affected with hepatitis usually contract it from certain medications, inherited disorders, or by exposure to contagious substances.

How Common Is Hepatitis In Babies & Kids?

Which Kids Are at Risk of Getting Hepatitis?

The following kids are at risk of getting hepatitis if care is not exercised:

Hepatitis is characterised in different forms according to the type of virus involved. The different types of viruses include A, B, C, D, and E.

1. Hepatitis A in Children

Hepatitis A in children is denoted by the following symptoms: Hepatitis A in children is contracted from:

Hepatitis A spreads in children by:

Hepatitis A can persist for months if left untreated. Risks involved include loss of appetite, pain in the stomach, tiredness, and fatigue. If a Hepatitis A vaccine shot is given, there could be side effects, such as a sore arm from the shot and tiredness, which usually lasts between one to two days.

The disease is diagnosed by blood tests like the HAV IgM antibody test, which is used for detecting early stages of the infection. This diagnosis is carried out to test for recent infections in people with acute hepatitis as well. The HAV IgG test is a sequential diagnosis test conducted in conjunction with the HAV IgM antibody test. The HAV IgG test looks for antibodies that develop during the later stages of this disease.

Tests related to bilirubin, liver panel, ALT, and AST are also performed along with viral hepatitis tests for detailed diagnostics of prevalent Hepatitis A in kids and children.

There are no specific therapies available for the complete treatment of the disease. Treatment is supportive in nature and the ailment is a short-term condition that fades away on its own in few weeks to months.

To prevent or limit outbreaks of Hepatitis A in communities, it is recommended to administer the Hepatitis A vaccine to children between 12-23 months of age followed by a second shot around 6-18 months afterwards. The vaccine is also recommended for teenagers and young adults, including people who live in areas prone to the Hepatitis A infection.

2. Hepatitis B In Children

Infected children show the following symptoms, which appear after 3 to 4 months of being infected with the virus:

Hepatitis B in children is caused by the following:

Hepatitis B is contagious and can spread from one child to another through body fluids from the infected person. Children get infected with the virus through:

Not treating Hepatitis B can lead to serious and life-threatening implications in children over a prolonged period of time, and may even be fatal. Persisting conditions of Hepatitis B lead to liver cirrhosis and liver cancer as well.

Hepatitis B is primarily detected through routine tests and standard blood diagnostics which look for the presence of the antibodies and antigens associated with the virus. Liver enzyme tests are conducted for people who are afflicted by acute Hepatitis B.

Routine vaccination of children during their young ages is an effective treatment and precaution against Hepatitis B. Children who travel to areas of the world affected by Hepatitis B must be immunized with a Hepatitis B vaccination. Vaccinating toddlers and infants early on is a sure-fire way to prevent Hepatitis B. Infants must be vaccinated in the early stages right after birth to eliminate the chances of Hepatitis B in the future.

The common Hepatitis C symptoms in children are:

In children, Hepatitis C stems from mothers who have been infected with the virus, thus being passed down to kids during pregnancies. Children who have blood clotting conditions, such as haemophilia, and are in need of dialysis due to kidney function failure are prone to the effects of Hepatitis C.

If a mother is afflicted with Hepatitis C during pregnancy, the virus is spread from the mother to the newborn baby. The infection is contagious in nature and is passed from one person to another through body fluids or sharing objects as well.

Chronic Hepatitis C, when left untreated, can lead to liver cirrhosis and even death. Impaired cognitive development may be caused due to a condition called hepatic encephalopathy where toxins build up in the brain due to liver impairment.

Your doctor may perform ultrasound scans to examine the liver region of your baby. Routine blood testing for liver enzymes, liver function, blood cell counts, and coagulation tests are performed for diagnosing Hepatitis C in children.

Antiviral may help along with some palliative medications, but Hepatitis C is difficult to cure completely and has poor prognosis over a period of time.

Just like its other viral counterparts, Hepatitis C is best prevented by eliminating exposure to sources contaminated by the infection.

Hepatitis D symptoms are very similar to those of Hepatitis B.

Hepatitis D is not caused on its own and is associated with Hepatitis B infections.

It is passed down through the exchange of bodily fluids or through contact with a person who already has the infection. Exposure to Hepatitis D infected mucous spreads the infection to others as well.

There is no specific treatment available for Hepatitis D infections. If the Hepatitis D  infection lasts for over six months, it is known as chronic Hepatitis D. Such cases have higher chances of complications, such as cirrhosis, or severe scarring of the liver.

Hepatitis D is diagnosed through blood tests which are used for detecting antibodies for Hepatitis D. A liver function test is carried out alongside blood tests to check for signs of the disease.

Hepatitis D does not have specific vaccinations for treatment. It can be eliminated by preventing Hepatitis B from occurring through prior vaccination.

Avoid engaging in unprotected sex or exposing your child to bodily fluids infected with Hepatitis B to prevent the chances of a Hepatitis D complication.

In industrialised areas, Hepatitis E is contracted from uncooked contaminated meat. Hepatitis E is also contracted by newborn babies by mothers infected during pregnancies. Therefore, extra care must be exercised to avoid coming into contact with Hepatitis E in the first place. Not washing hands properly before and after serving food, coming into contact with stool or faeces infected with Hepatitis E are the primary ways the infection spreads.

There are no long-term implications of Hepatitis E besides liver failure, which will require intensive hospitalisation and treatment care. Hepatitis E infections last short-term periods ranging between four to six weeks.

Diagnosis is carried out by doctors for Hepatitis E through a series of blood tests to search for specific antibodies present in the blood.

There is no vaccine or treatment method available for curing this disease.

Although Hepatitis results in liver failure and damage in children, it is avoidable when care and adequate steps are taken towards its prevention. Prevent the disease today by ensuring your child eats right and gets vaccinated on time!