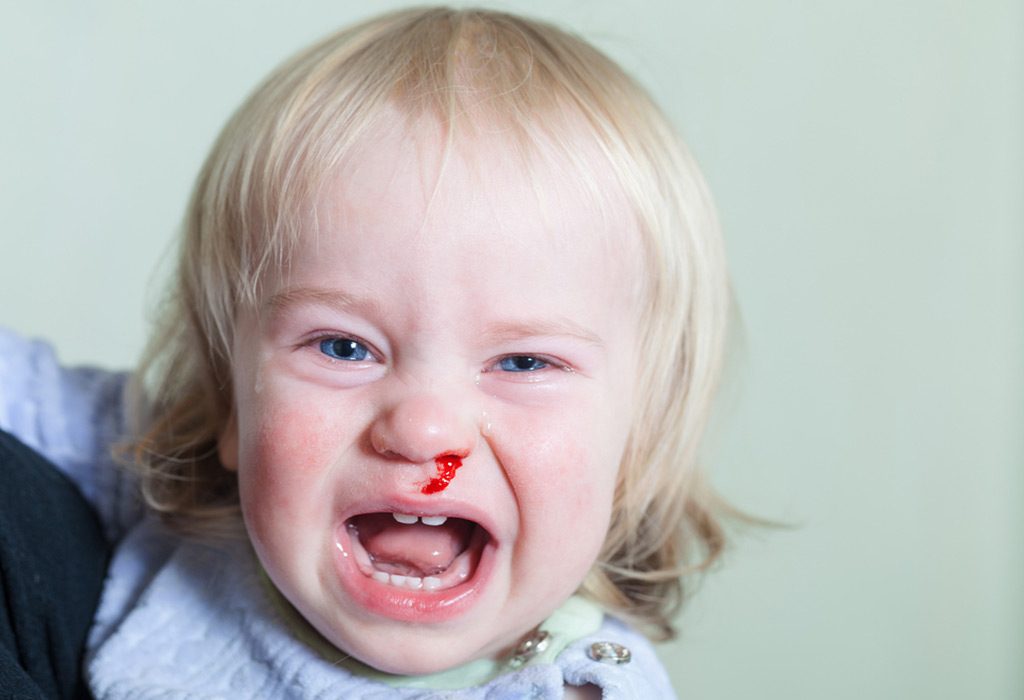 During pregnancy, the growing foetus needs an adequate supply of essential nutrients to develop all the organs and be healthy for delivery. Absence or shortage of essential nutrients can lead to incomplete development of organs and birth deficiencies in the infant. In some cases, insufficient nutrition can also lead to long-term disorders such as Haemorrhagic Disease or even the death of the child. Therefore, it is important to ensure the proper intake of food to meet the necessary nutritional requirements.

What is Haemorrhagic Disease or VKDB?

Haemorrhagic disease in a newborn is also known as Vitamin K Deficiency Bleeding or VKDB. It is a bleeding problem in a newborn baby immediately after birth. This disease is caused due to the deficiency of Vitamin K. In this case, due to the absence of sufficient Vitamin K, the blood doesn’t clot properly, thereby, leading to severe bleeding and haemorrhaging in some cases. The bleeding might be external or internal. Internal bleeding can occur in the brain or the intestines and can be fatal.

Types of VKDB in Newborns

Based on the timing of initial haemorrhage after the birth of the baby, this disease can be classified into the following three categories:

This type of Vitamin K deficiency bleeding can have severe haemorrhagic complications. It occurs within the first 24 hours of the baby’s birth and is mainly observed in cases where the mother has been taking anticonvulsant or anti-tuberculosis medication.

A classic Vitamin K deficiency bleeding sets in within 24 hours after birth and may be present for as late as the first week after birth. In most cases, the classic onset occurs after the first day of birth, but sometimes, it can also happen anytime during the first month of birth. This condition is seen in infants who do not receive prophylactic Vitamin K at birth. VKDB bleeding typically occurs in the nose, skin, gastrointestinal tract and umbilicus. Bleeding in the brain is not very common in this condition.

Late haemorrhagic disease in a newborn occurs between the second and the twelfth week after birth. However, the bleeding can happen up to six months after birth. This condition is common in infants who do not receive Vitamin K prophylaxis in sufficient quantities at birth.

Causes of Haemorrhagic Disorders in Newborns

Risk factors for VKDB are different for each type:

The risk of developing the disease within 24 hours of birth is increased if you have taken blood thinners, anti-seizure drugs, anti-biotic or anti-tuberculosis drugs during pregnancy.

Babies are at risk of classic onset when they have not received sufficient prophylactic Vitamin K at birth. The chances of a classic onset are higher if they are only given breast milk.

Common symptoms of VKDB include:

Prothrombin time is the time taken for the blood to clot and is used to determine the presence of the disease. A test conducted where the time taken for the blood to clot is measured. The baby is given a Vitamin K injection, and the timing of the blood clot is taken into consideration. The existence of the disease is established if the injection shortens the blood clotting time after 30 minutes or stops the bleeding altogether. An ultrasound or MRI can also be used to identify a case of internal bleeding. In case the presence of this disease is established after diagnosis, the baby will be given a Vitamin K shot right away to increase the clotting ability of the blood immediately. A blood transfusion may be required for babies who have experienced severe bleeding.

The possible complications of a Vitamin K deficiency include:

It is difficult to supplement a Vitamin K dosage with Vitamin K-rich food items to prevent the disease. It is important to know that the only source of nutrition for the baby during early days is the mother’s milk, which does not contain sufficient Vitamin K. This makes a Vitamin K shot a necessity at birth.

The occurrence of a haemorrhagic disease can be prevented by using the following ways:

Haemorrhagic disease in kids can be lethal if not treated immediately. However, with certain precautionary steps, it can easily be prevented. Make sure to consult your doctor at all stages to ensure the best health of your little one.