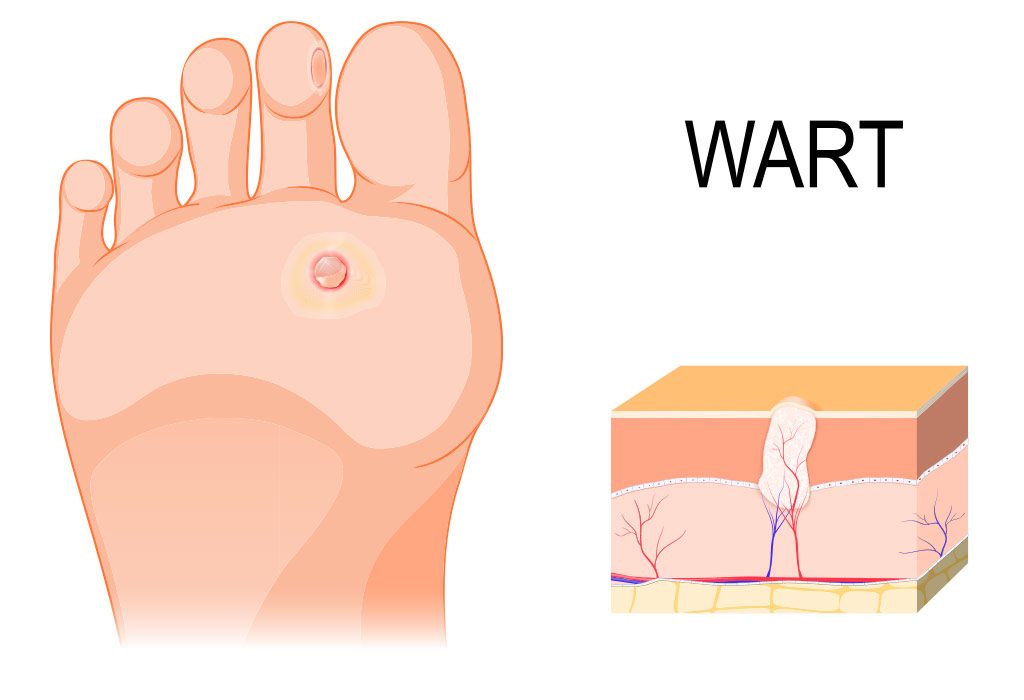 Warts are common in children. People often relate it to the folklore that suggests that warts are caused if you have touched toads or frogs. But, that is not the case. Read on for some information about these common eruptions and how to deal with them if you notice them on your child’s skin.

Video: How to Deal With Warts In Children?

Warts are small bumps that grow on the skin. You may notice them on your child’s hands or feet. They are infections caused by the Human Papillomavirus (HPV) and usually occur in kids more than adults. Kids can pick these viruses if they come in contact with an object a wart-infected person has touched or used. Small skin cuts, scratches, or skin lesions can expose the child to the infection. Although it is harmless, one might not like the sight of warts. Warts do not have serious medical significance but are visually unpleasant. They are more of a cosmetic problem than a medical one.

Warts can be the same as the skin color, or in some cases, they might be lighter or darker than the skin. They are nothing but the rapid growth of cells on the skin’s outer surface that are contagious.

Types of Warts On Kids

All warts are not the same. There are various types of warts, and they vary by their place of occurrence and appearance. Viral warts on a child can appear anywhere on the body. Here’s how you can recognize them…

As the name suggests, common warts are found in common places such as hands, legs, knees, elbows, and fingers. They look like small bumps, almost skin-colored but with small black dots inside. Since they look like grainy bumps with black dots, they are sometimes called ‘seed warts.’

These warts are much smaller and smoother than other warts. They have a flat top, so they are called flat warts. They are as small as a pinhead and may appear pink, yellow, or light brown. In children, they are most often found on the face, but they may appear on their hands, knees, or arms, too. They may also appear in clusters.

These appear on the soles of the feet and can be very uncomfortable and painful. Walking on feet infected with these warts might feel like walking on small stones.

These appear around the mouth, eyes, or nose. They are skin-colored and have a finger-like appearance.

Some warts may even appear around the genital area, but they are mostly sexually transmitted; hence, they do not occur in children.

What Causes Warts in Children?

Warts are caused by human papillomavirus (HPV) contracted from an infected person directly or indirectly. If a child happens to contact a person who has this infection or even the objects this person has touched, then the child gets the infection. Having said that, it is important to remember that not all kids who come in contact with an infected person need to get warts. The immunity levels of a child matter as well. If the child has lower levels of immunity, they have more chances of getting infected. This virus enters the body through skin lesions, cuts, or scratches, so it is important to pay attention to hygiene and keep the child’s wounds clean at all times.

The virus can remain dormant for a period of time until it finds suitable conditions to become a wart. Like all viruses, it likes moist places and has an incubation period of six months. Once it becomes active, it forms extra layers of skin and appears like a bump. It looks like a cauliflower head with black dots in it. These black dots are blood vessels that supply nutrients to the wart.

Following are the main reasons that can cause the formation of warts:

If your child has been infected and warts have started appearing, start the treatment and remember to not allow the child to scratch or pick on the wart as this increases warts on the body.

HPV is a dormant virus and takes time to appear. You might not even realize that the child has been infected until you see warts appearing. This could be in months or sometimes years. By the time you notice it, the virus may have spread. Listed below are a few ways you can spot a wart.

Diagnosis of Warts in Children

Diagnosing warts can be easy. You need to look and feel them for detection. If you have already done so and still wish to confirm the diagnosis, then do visit a doctor, who may carry out the diagnosis by:

Warts are contagious but not dangerous. Kids might get the virus from anywhere, including other kids’ toys, towels, or clothes. Children with a medical problem and a compromised immune system are more prone to get the infection. However, this does not mean that healthy children will not get warts. Being susceptible to warts is like catching a common cold or flu. There are equal chances of anyone getting them.

Are you worried about how to get rid of warts on kids? Well, here are some treatment options. If they are harmless or painless, you can leave them alone, and there is a good chance that they will disappear on their own. However, it may take a couple of months or sometimes even 2 to 3 years for them to completely disappear. Here are some treatment options you may consider:

There are many easy and effective home remedies as well as some procedures to remove warts.

Topical application skin ointments are containing salicylic acid and oral drugs available to treat these eruptions. These do not require a prescription. However, it is advisable to consult your physician before using them.

There are simple medical procedures that the doctor will recommend depending on the specific condition. These may include cryotherapy (freezing the wart) and electrocautery (burning the wart).

Home Remedies for Warts in Kids

Home remedies are the first option one should try. The duct-tape method seems very effective, but you need to have patience as it takes a while to show results.

Simply use duct tape and cover the wart and leave it for a week. Then remove the duct tape and soak the wart in water. Gently scrub the wart with a rough paper (emery paper). This process has to be repeated until the wart comes off. Please don’t lose your patience in the process, as it may take a few months to clear off warts.

If you think the old folklore on warts was absurd enough, some home remedies were even weirder in those days, such as apply potato on the wart and hid the potato in some secret place.

How to Safeguard Kids From Warts

Warts are viral infections that children can pick up from anywhere. Instead of treating them, we can prevent them by taking some precautions.

Although warts are harmless and can be treated at home, they need medical intervention if the following happens;

Warts are harmless infections, but they do need treatment as they are unsightly. In very rare cases, they could become a medical issue. The best thing you can do to keep your child from getting this infection is to teach him cleanliness in public places and schools. There are umpteen home remedies for warts, but they need perseverance. Simple and painless warts can be left untreated as they go away on their own. As parents, we might not like the sight of warts on our child’s body, but remember not to meddle with them as they might worsen. Try some immune-boosting methods or medicines as kids with good immunity have a lesser chance of getting infections.