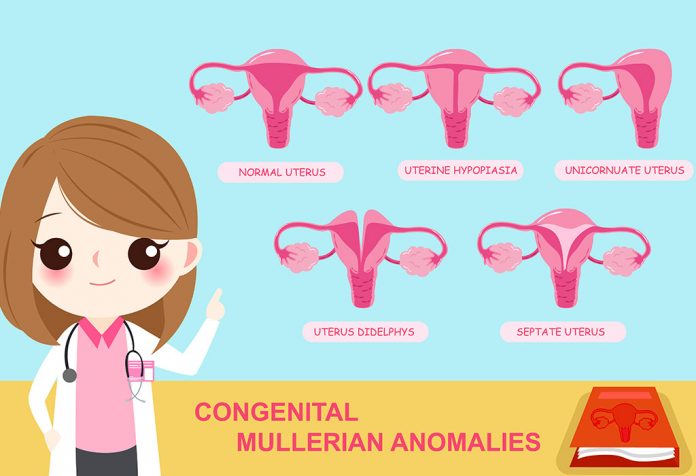 A unicornuate uterus is a rare congenital uterine malformation that around 0.6% of the infertile population and 0.3% of the whole population are diagnosed with. Although there have been successful pregnancies in spite of having a unicornuate uterus, there are certain risks attached to it. If you have been diagnosed with the condition and need information on it, you have reached the right place. In this article, we shall touch upon some primary points about the condition and provide insights into the causes, diagnoses and treatments to manage a unicornuate uterus to enable you to get pregnant. Read on to know more.

A unicornuate uterus is a congenital uterine abnormality, in which the uterus is smaller than a typically-sized uterus and has only one functioning fallopian tube. If the other side of the uterus is present, it may be a rudimentary horn. At times, it may be connected with the rest of the uterus or may contain a functional endometrium. In certain cases, the uterus may develop a smaller offshoot called a Hemi-uterus.

A unicornuate uterus is caused due to an abnormal müllerian duct or paired duct of the embryo. It is a congenital condition, i.e. women are born with it.

There could be no symptoms when there is a hemi-uterus with a small cavity and a functional endometrium. It is asymptomatic because the cavity forms a connection with the uterus and the vagina, and drains out the menstrual fluid. So, there is no abdominal/pelvic pain or discomfort. This occurs in 65% of women, and the condition may remain undetected until the woman faces difficulty in conceiving. In such cases, unicornuate uterus treatment becomes delayed.

But, in many cases the horn does not connect to the uterine cavity, resulting in the following symptoms: This condition remains undiagnosed until a woman suffers from pregnancy complications like a history of infertility, repeated miscarriages, or premature delivery.

There are some tests that can help detect the condition and facilitate timely treatment:

Now, let’s take a look at how unicornuate uterus can affect pregnancy.

With the risks mentioned above, it is clear that a unicornuate uterus affects fertility in women. Let’s find out how.

Does Unicornuate Uterus Have Any Impact on Fertility?

A unicornuate uterus causes significant gynaecological and obstetrical complications. This has a major impact on fertility. Women are rarely able to conceive when there is a rudimentary horn. Even if they manage to conceive, there are various risks involved. For example, uterine rupture during the first or the second trimester could trigger heavy bleeding and pose a threat to the mother as well as the foetus.

Here’s the rate at which the condition can affect the fertility in women:

Although there are ways to treat fertility, treating infertility due to a unicornuate uterus may be difficult, mostly because it is a congenital condition. However, there are treatments that can allow you to manage the condition. Let’s find out how.

The treatment of a unicornuate uterus is never fully effective because the uterus cannot be enlarged surgically. The surgical and non-surgical procedures given below are the most accepted methods to manage the condition:

Usually, no surgical intervention is recommended unless the endometrial tissue in the rudimentary horn causes pain or a pelvic mass. A solid non-functioning hemi-uterus also need not be removed surgically.

Finally, the type of treatment depends a lot on the variations in the unicornuate uterus.

Some of the variations are given below:

As most conditions are not treatable, one may want to consider assisted reproduction if they have experienced one or more of the symptoms mentioned in the article above.

This condition may be very complex, but the good news is that many women have given birth to full-term healthy babies. Complications can be managed and averted with careful and advanced medical care. Speak to a medical practitioner who can provide you with solutions or effective ways to manage the condition and have a baby.

A Complete Chart on Average Weight Gain for Breastfed Babies