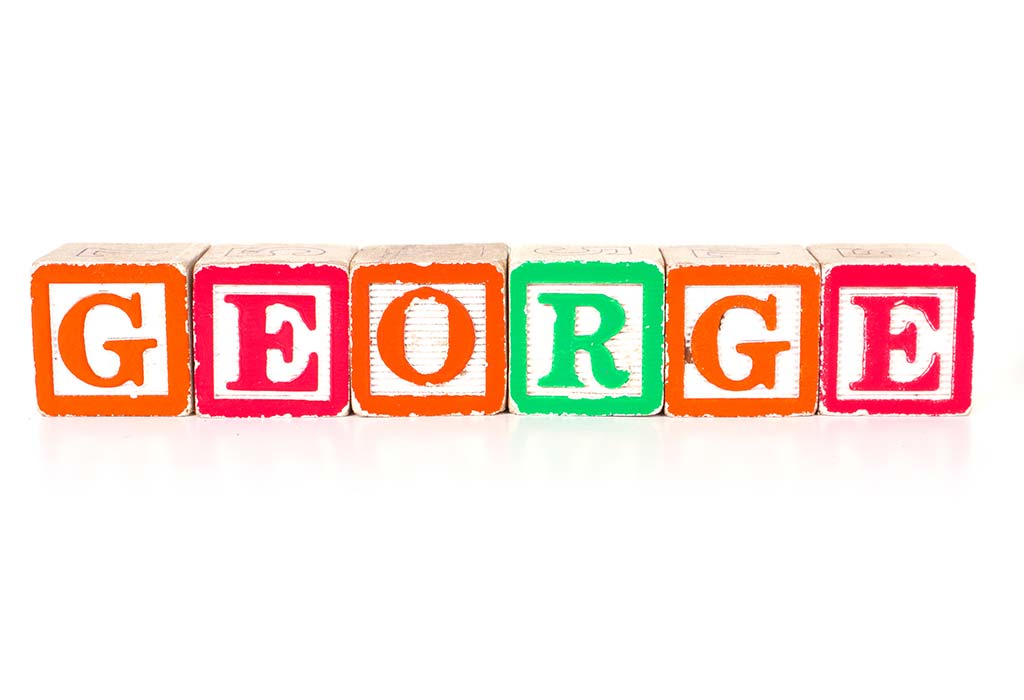 In this Article
The name George was one of the most common names during the 1800s. This name was widely used among the previous generation. As a result, we can spot this name among our fathers and uncles. This name was the most popular in 1880, followed by 1898. The simplicity of the name is one of the reasons this name shot to fame during that period. However, in recent years, the name has experienced a steady decline in popularity.

What Does George Mean?

In the present generation, parents check the meaning of a name before naming their children most of the time. It helps in understanding the value of the name and its significance. The meaning of George is “farmer” or “earthworker.” The name’s meaning can be broken down into “ge,” meaning “earth,” and “eargon,” meaning “work.” Hence, this resulted in the meaning of the name. This name has been popularly used in many Shakespearean plays and was the name of many kings of England and Presidents.

George originates from the Greek name “Georgios,” derived from the word “georgos.” This name is associated with British connotations and has been used in various plays and pastoral poetry. Hence, if you have a down-to-earth baby name, George is the answer for you.

You can find other spellings for George across different countries all over the world. It signifies the name trend in the world. This list comprises some of the George name variations are:

How Popular Is the Name George?

The name George was significantly prevalent in the 1800s, making it one of the most common names in the US. According to the George popularity index, the name has experienced a significant decline in recent years. As per the data Social Security Administration, the name George does not fall in the top 100 names list. However, it still maintains its position among the top 200 names. The name ranked 130 in 2000, 129 in 2001, followed by 131 in 2002.

In the world, the interest in the name George has remained almost consistent over the last ten years. It has maintained a rank over 35 and has experienced sudden spikes in popularity during December 2016, followed by June 2020.

Interest in George – the US

The interest in the name Geroge has maintained a rank over 25 in the US. The name has been consistent in the last decade. However, it has experienced a sudden increase in popularity in December 2016 and 2018, and June 2020 followed by a declining curve.

Popularity of the Name George

In the last ten years, the search trend for Geroge has been in Australia, the United Kingdom, Canada, South Africa, and the United States. These are the top five countries indicating the popularity of the name in these countries.

Search Trends of George – the US

The search trend for the name George is the highest in Utah, the District of Columbia, Virginia, Nevada, and Vermont. These cities have been the top five cities in the US with the highest rank for this name.

Middle Names That Go With George

Choosing a proper middle name that goes with the first and last name is important. Due to this, parents need to consider carefully before selecting such a name for their child. Therefore, some of the double names with George are:

A name trend significantly varies due to the impact of celebrities across the world. This list includes some of the most popular personalities named George:

Rhyming or similar-sounding names provide numerous alternatives. Some of the names that rhyme with George are:

Nicknames are a substitute for proper names, often given by individuals close to us. Due to this, they stay with us for a long time. Some nicknames for the name George are:

The decreasing popularity of the name George has been observed in the last ten years. Despite the declining popularity, the name still exists in the top 200 name list. Therefore, the name has the potential to make a comeback in the future. This name is known for its simplicity and easy pronunciation. Due to this, it can be a great name for your child.