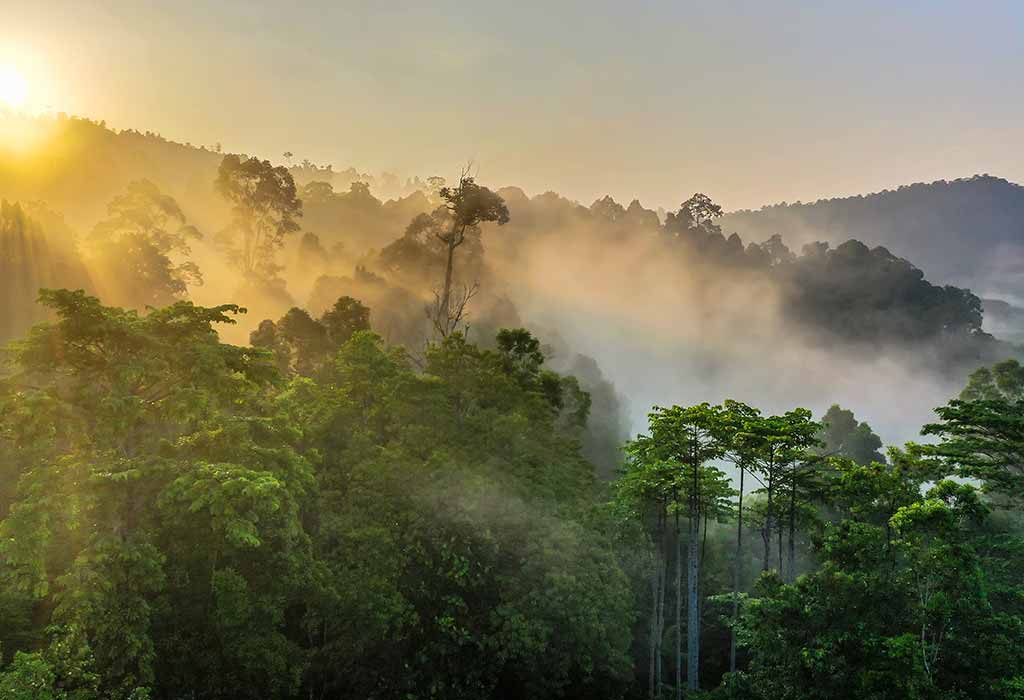 Rainforests, as the name suggests, are forests that get massive rainfall throughout the year. Rainforests are the life of our planet, everything is beautiful and vibrant there. From huge trees to beautiful flowers to bright-coloured birds and animals. As rainforests have enough and more species of plants (thanks to the rain), there is enough supply of food for animals. Hence, there are a variety of species of animals in rainforests. Some of the most exotic animals and plants are found in the rainforests. If you want to teach your children more about rainforests, read this article.

Rainforests have four layers: emergent, canopy, understory, and the forest floor. Let’s understand the layers in detail, below!

The topmost layer of the rainforest is called the emergent layer. It has a large number of tall trees (height up to 266 feet or 81 meters) growing above the canopy.

The canopy layer is the second top layer of the rainforest and consists of the upper parts of trees. The area has a height of 20 to 40 meters (65 to 130 feet).

The understory layer is the third layer of the rainforest. This cool and dark layer is the area between the ground and under the leaves of the trees.

The forest floor is the lowest layer of rainforests. It is totally dark as the dense trees cover the sunlight, and only 2% of sunlight can reach the ground. 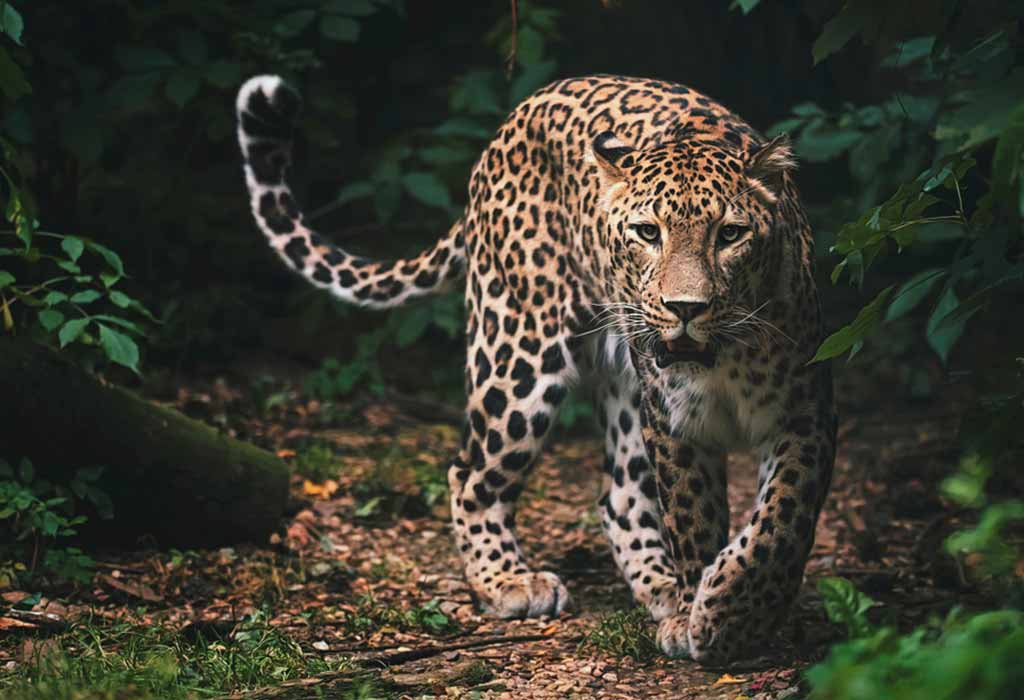 Interesting Facts About Rainforests for Children

Here are some interesting facts about rainforests for children:

1. Rainforests thrive on all continents, except Antarctica.

2. One incredible bird species called Jacana is found in the rainforest that can walk on lily pads. These birds have very long toes which can spread as they are very thin and weak.

3. Rainforests are home to some of the most exotic orchids, colourful songbirds, tree frogs, giant armadillos, jaguars, and cougars.

4. The rainforests in South America have more than 2,000 species of butterflies.

5. The Caribbean island of Dominica has a lake inside its rainforests that sizzles at 88 degrees Celsius.

6. Rainforests have more small animals than large ones. Also, there are more herbivores than carnivores in rainforests.

8. Rainforests are the source of 30% to 40% of the global oxygen. This huge amount of oxygen helps in keeping the earth’s weather and temperature in check.

9. Rainforests absorb a large amount of heat from the sun, and thereby they have a cooling effect on the earth’s climate.

10. Approximately 80% of the world’s vegetables and fruits come from rainforests. Most of the food that we love to consume, such as coffee, pineapple, chocolate, and cinnamon, are found in abundance in rainforests.

11. Most of the plants in the rainforest have alkaloids that protect them from bugs and diseases. The alkaloids are also useful for healing purposes. In fact, the trees and plants of rainforests are useful against land erosion, pollution, and flooding.

12. Many tribes live in rainforests, and they do not have contact with the outside world. They live in complete isolation. Here’s another interesting facts about rainforest for kids: more than 2,00,000 tribal people live in the Amazon rainforest only.

13. Tropical rainforests yield some of the most valuable types of wood like mahogany, teak, balsa, rosewood, sandalwood, etc.

14. The bamboo plants in the rainforest are very tall. They grow every day up to 9 inches or 23 centimetres.

Rainforests are the habitats of dense trees, beautiful plants, and animals. They are essential to maintain and preserve the balance of climate and ecology of the planet earth. We hope the above information on rainforests will inspire your children to dig deeper and learn more about rainforests.