Fascinating Facts About the Milky Way for Your Astronomy-loving Kid

Fascinating Facts About the Milky Way for Your Astronomy-loving Kid 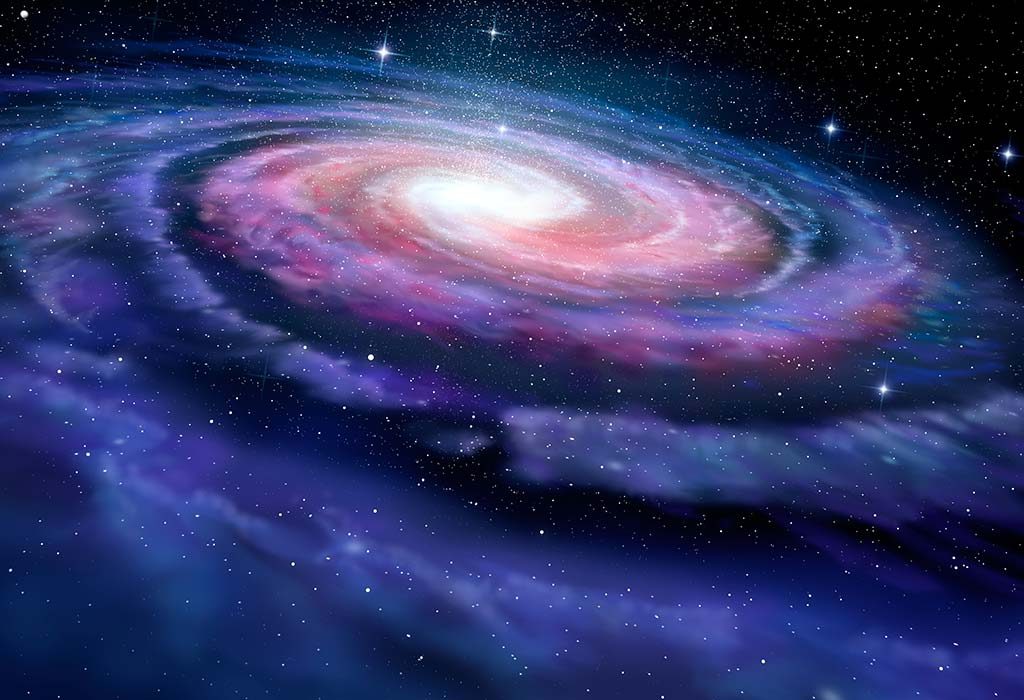 The Milky Way or ‘Akash Ganga’ as it is known in India is a band of stars that appears as a hazy glow in the night sky. But what’s fascinating is that this ribbon of stars is actually the galaxy we live in; the Milky Way galaxy. Kids are awestruck by its magnificence and always wonder what it is made of. Continue reading for the interesting facts about our Milky Way.

What Is the Milky Way?

A galaxy is a collection of trillions of stars and other forms of matter held in one place by the force of gravity. There are trillions of galaxies in the universe, and the Milky Way is one of them. The Milky Way galaxy is also our home; it’s where the Sun and the solar system are located.

15 Interesting Facts About the Milky Way Children Should Know

There are many things we should know about the galaxy that we live in. Here are the most interesting ones your kid will love to know:

The ancient Greeks had a story about the origin of this band of stars. Once, the Goddess Hera was nursing Hercules when he was asleep. When she pulled herself away, the milk from her breast spilt across the heaven creating the Milky Way. Nobody knows whether this is true or not.

2. The Milky Way Has Billions of Stars and Planets

If you go out at night, there will roughly be around 4500 stars you can see with just your eyes. Astronomers, however, have a much more sophisticated way to find out how many stars are there in our galaxy. So if you’re wondering how many stars are present in the Milky Way, the estimates range between 100 and 400 billion stars! Another fun fact is that there are way more stars in the observable universe than there are grains of sand on all the oceans of the world combined.

3. The Milky Way Is Enormous in Size

4. The Milky Way Is a Spiral Galaxy

The Milky Way’s shape is that of a spiral; it looks like a disc from the top with spiralling arms winding out from its centre. There are different types of galaxies in the universe. The three main types are spiral, elliptical and irregular galaxies.

5. There Is a Black Hole at the Centre of the Milky Way 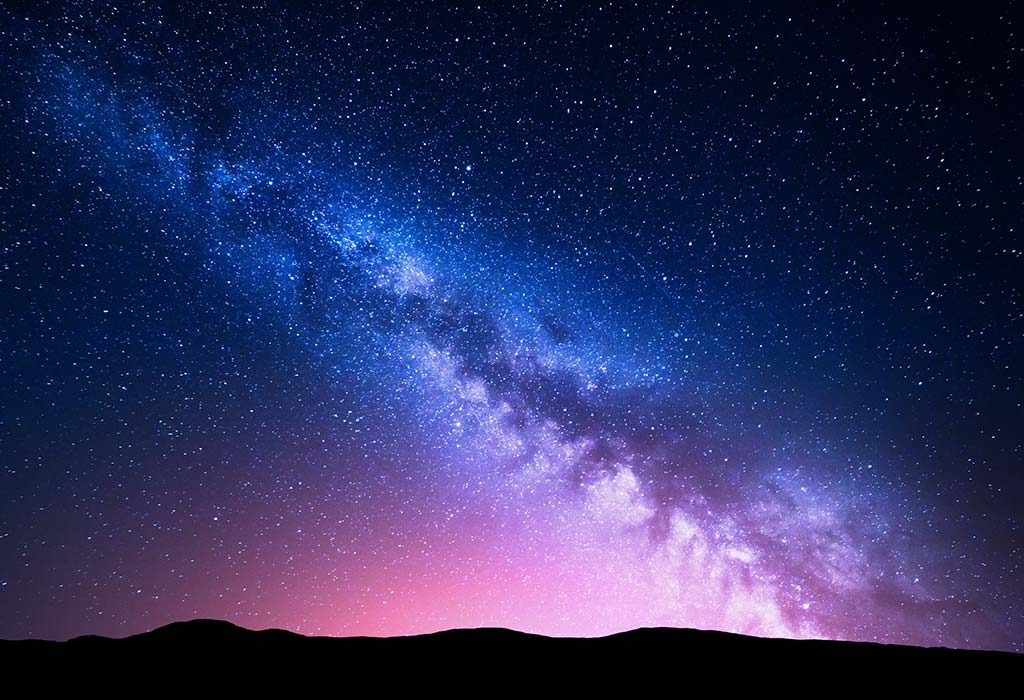 6. The Milky Way Is a Part of the ‘Local Group’ of Galaxies

The Milky Way is just a part of an enormous cluster of galaxies called the Local Group. It contains more than 50 galaxies and is about the size of 10 million light-years across. Some of our closest neighbouring galaxies are the Andromeda Galaxy and the Triangulum Galaxy which are visible to the naked eye.

7. The Milky Way Will Collide With the Andromeda Galaxy One Day

Our galaxy is moving gradually on a collision course with the Andromeda at a speed of 400,000 km/h. But it’s not of concern at the moment as it will happen after 4 billion years. Since both the galaxies are almost of the same size, the outcome of the collision is uncertain.

8. There Could Be Millions of Planets in the Milky Way

Studies of stars through telescopes such as the Kepler telescope have revealed that most stars have planets going around them. When you consider that the galaxy contains 100-400 billion stars, it’s possible that there are millions of planets in the Milky Way Galaxy. Whether they can support life is a different question altogether.

9. Our Solar System Is Very Far Away From the Centre of the Milky Way

Our solar system lies about 30,000 light years away from the centre of the Milky Way and about 20 light years above the plane of the galaxy.

10. The Milky Way Is Surrounded by a Dark Halo

Our galaxy is in between a massive lump of dark matter that far surpasses it in mass and size. Dark matter’s effect on galaxies has been known since the 1960s. 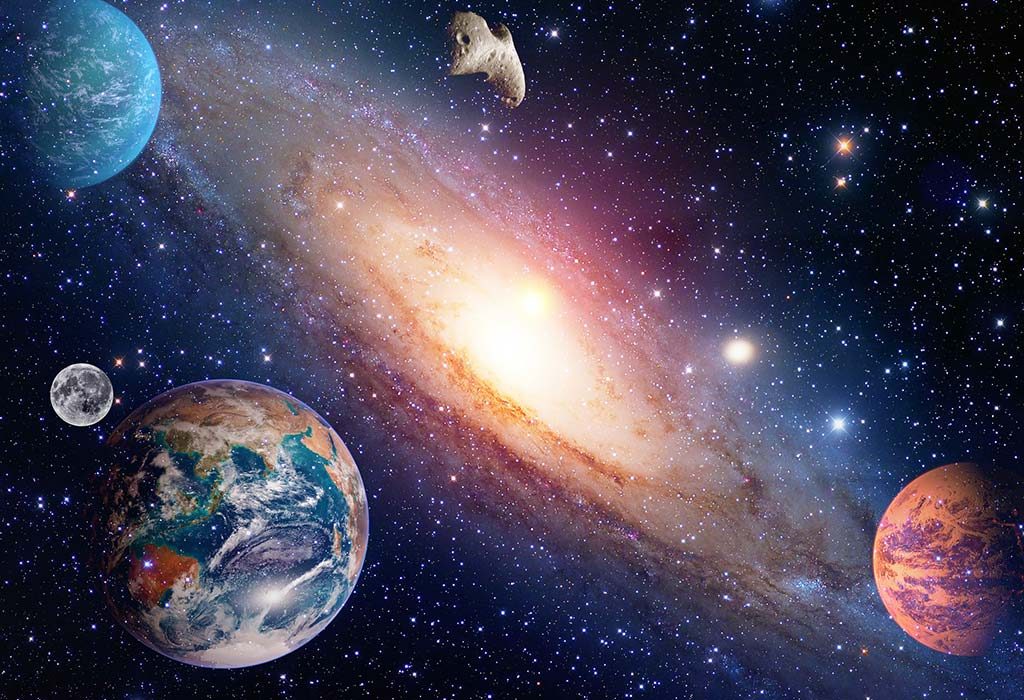 11. The Milky Way Is Surrounded by Ancient Stars

The oldest stars in the galaxy are concentrated in groups called Globular Star Clusters. There are about 150 of these globular clusters orbiting the Milky Way, and they can be as old as 12.7 billion years!

Since its formation, the Earth has orbited around the entire Milky Way only about 18 times. Our solar system goes around the galaxy once every 250 million years.

13. There Could Be Thousands of Solar Systems in the Milky Way

If there are planets around stars, then there should be solar systems, and if you’re wondering how many solar systems are in the milky way galaxy, so far about 500 have been discovered. The number could, however, be in millions as well.

14. Our Solar System Is Minuscule in Size As Compared to the Milky Way

If the whole of the Milky Way is shrunk to the size of 100 m, the size of our solar system would be no bigger than a grain of sand 1 mm in size.

15. The Oldest Star in the Milky Way is Almost As Old As the Universe Itself

HD 140283, also known as the Methuselah star is one of the oldest known stars in our galaxy. The star is at least 13.6 billion years old while the age of the universe is estimated to be around 13.8 billion years.

Everything about the Milky Way – from its size to the number of stars and the forces that shape it – is astounding. The more we learn about our own galaxy, the more will we understand where we stand in the grand scheme of things.