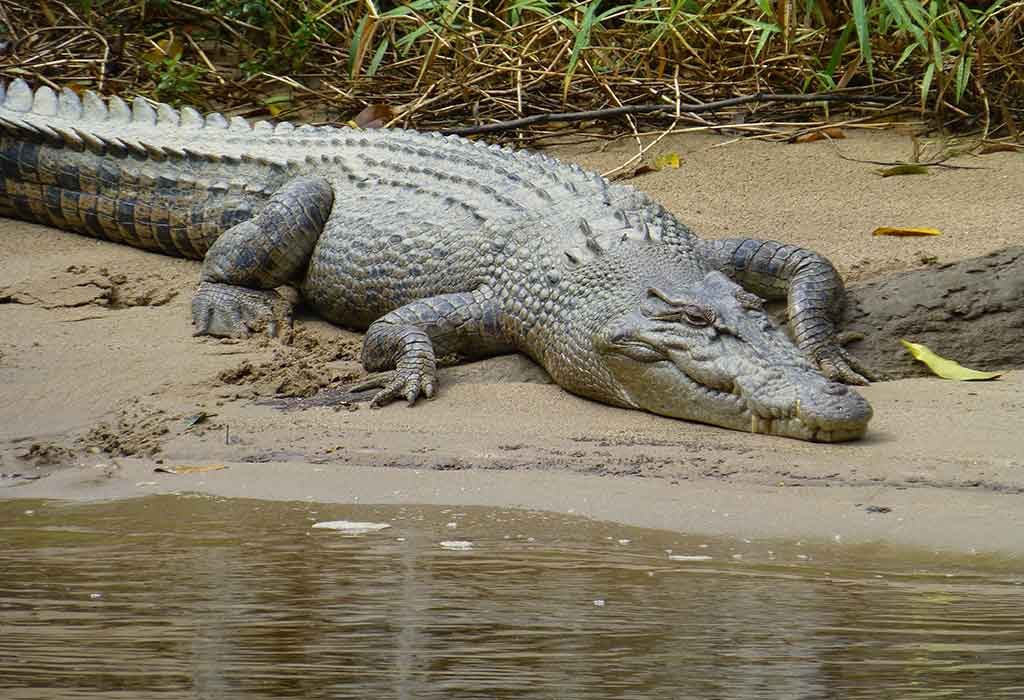 The thought of a very mean animal comes to our minds when we think about crocodiles. Though they are not specifically coming after humans, they are popular for their strong jaws and aggressive behaviour. Check out these awesome facts about crocodiles.

Interesting Information About Crocodile for Children

Crocodiles are reptiles. They are cold-blooded with a backbone and are covered in scaly and dry skin. Since crocodiles have existed on Earth from the time of the dinosaurs, they are also called the ‘living fossils’. The bodies of crocodiles have not changed though they have existed for millions of years because they are very successful predators. They have pointed snouts, and the size of their lower and upper jaws are the same. Crocodiles are fast swimmers because of their webbed feet.

The bodies of the crocodiles are very streamlined, allowing them to slide quickly to catch their prey through the water. Different species have different sizes of crocodiles, but some even weigh over 2200 pounds and grow over 23 feet long.

Crocodiles eat almost anything as long as it is meat. Fish is a common food for the crocodiles, but they will definitely try and eat any animal that gets close to it. Crocodiles like the New Guinea crocodile of Papua New Guinea and Indonesia who are small to medium-sized also eat lizards, frogs, and birds. The largest living reptiles, the saltwater crocodile, can prey on a monkey in one feeding, a shark, or even a water buffalo. These crocodiles have lengths more than 20 feet. The Nile crocodiles of Africa, saltwater crocodiles, and other large species are known to attack humans. Crocodiles do not eat very often like humans because they store fat in their tails. The larger species of crocodiles can survive without food even for a span of two years.

Though crocodiles are scary, the female crocodiles make very good mothers. Female crocodiles are a little smaller when compared to males. Crocodile mothers look after their nest built on the land. They even place the eggs in their mouth and roll them to help the newborn hatch. When the babies are born, the mothers carry them to water and until they are able to swim on their own, they protect them from predators.

Crocodiles prefer to live next to each other making them very social animals. They are very vocal and have unique sounds that have different meanings. When the little crocodiles are about to hatch, they make a chirping sound in order to alert their mother. As the children continue to grow, they might send a high-pitched call to warn the other crocodiles about a danger present nearby. A potential threat is signalled with a hissing sound, and the females give off different calls while talking to each other.

With these facts, you know all about crocodiles for kids. From these, your kids will learn that crocodiles are genuinely a very interesting species of animals that have been on Earth for more than millions of years. They are excellent predators and hunters and though scary sometimes, they are still amazing animals.

Previous article « Can You Take Your Baby to The Movie Theatre?
Next article Making Your Own Baby Carrier – Benefits and Things to Remember »