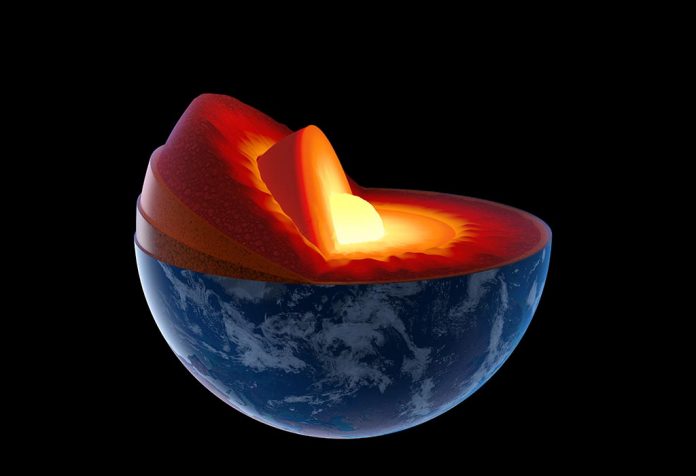 Our planet is made up of different layers. On the surface, it is hard and rocky and underneath, there is molten flowing magma. Our planet is our home, and the very essence of our existence. If you want to teach your children about Earth, you should start by teaching them about its four layers. This article explains the layers of the earth in a simple manner.

The Four Layers of the Earth

Here is a breakdown of the structure of the earth for kids:

The inner core is the innermost layer of the planet Earth.

It consists of iron and nickel.

The outer core comes in contact with the lower mantle and is a region of tremendous pressure and temperature.

The outer core is very hot. Its temperature is about 6100°C.

The outer core is composed of molten iron and nickel along with some sulphur and oxygen.

The mantle is the layer just below the crust of the Earth. It is the thickest layer of the earth. The part where the mantle ends and the crust begins is called the lithosphere.

It is majorly made up of iron, magnesium, and silicon.

The mantle is nearly 2,900 kilometres thick.

The crust is the thin outer layer of the Earth on which we live. It breaks up into what is called tectonic plates that shift constantly.

The average temperature is about 22°C.

The continental crust is made of rocks such as granite, metamorphic, and sedimentary rocks.

10 Weeks Pregnant with Twins or Multiples

If Your Baby Craves Non-Food Items Like Chalk, Here’s What You Should Do!