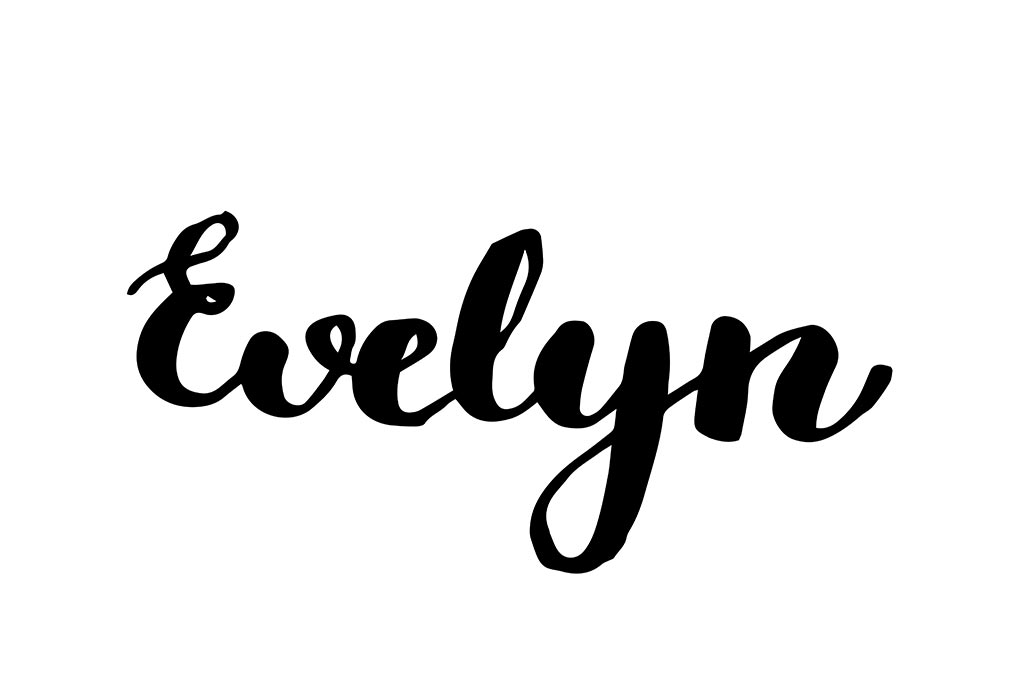 Traditionally used as an English surname, Evelyn is an Anglicization of the old French feminine name Aveline. Derived from unknown Germanic roots, Evelyn may have meant ‘desired, wished for’ or ‘water, island.’ The name Evelyn was introduced by the Normans into England and was primarily used as a gender-neutral name. Evelyn has evolved as a unisex name used for both boys and girls over the years. After decades of obscurity, Evelyn has made a comeback to the baby name stage as a soft and feminine given name, thanks to its similarity with the name Eve.

What Does Evelyn Mean?

An anglicized form of the Norman-French given name Aveline, Evelyn was initially used as an English surname in the 19th century. Evelyn can be a combination of the names Eve, who was the “first woman” to be born on Earth, and Lynn, which means “life” or “living” in Hebrew. Thus, the meaning of Evelyn refers to ‘mother of life’ or ‘full of life.’

Evelyn is an Anglicization of the Irish Aibhilín or Éibhleann. The name Aibhilin comes from the Norman French Aveline. Éibhleann is said to have originated from the Old Irish óiph, meaning ‘beauty.’ Derived from the Middle English and Old French female given name Aveline, Evelyn is a diminutive of the Germanic given name Avo which in turn comes from the word ‘avi,’ meaning “desired” or “wished for.” After surpassing its former heights of glory, Evelyn has gained prominence in a contemporary form joining the likes of little Evas, Avas, Eves, Evies, and Evelines.

Other spellings for Evelyn can teach the cultural importance of the same name across different religions and nationalities. Following are some Evelyn name variations that are commonly used in other languages and cultures:

How Popular Is the Name Evelyn?

Evelyn has been a popular name for girls in America since the beginning of the 20th century. The Evelyn popularity index remained in the top 20 from 1907 to 1930 and peaked at #10 in 1915. After slow progress for almost an entire century, Evelyn returned to the top 20 in 2013. Evelyn’s baby name ranking steadily climbed during the past decade, reaching its peak in 2020, when it ranked No. 9 for girls’ names in the US. The recent enthusiasm for the name can be attributed to celebrities, such as Evelyn Lozada, a Basketball Wives reality star and model. Other famous personalities, like Bruce Willis and Carey Mulligan, have also chosen the name for their children.

Over the last decade, search trends for Evelyn have recorded a consistent score above 25 on the popularity scale, reaching 100 in August 2012. The lowest search popularity was recorded in February 2018 at just 27.

Interest in Evelyn – US

Based on search trends over the last ten years in the US, peak popularity of 100 was recorded in August 2012. The lowest record in the popularity scale was observed at 11 in September 2017.

Popularity of the name Evelyn

Based on search trends, the name has been searched the most in Zambia in the last ten years, followed by Chile, Singapore, Australia, and Austria, rounding up the Top 5 countries.

Search trends of Evelyn in the US

District of Columbia is the metro city in the US where the most searches for the name Evelyn have been recorded over the last ten years. Following this, metro cities in New York, Maryland, Mississippi, and Tennessee make the top 5 sub-regions of the US, where search trends for Evelyn have been the highest.

Middle Names That Go With Evelyn

It is essential to choose middle names that sound fluid and suitable to go with Evelyn to maintain the overall beauty of the name and ensure that its delightful meaning is well-preserved. Here are a few double names with Evelyn that can generate interest among new parents:

Famous celebrities named Evelyn have drawn substantial attention to the name in recent years. Here are some of the star personalities who have brought honor to the name:

Baby names like Evelyn can be found in a huge variety of first names, middle names, and last names. Family names for Evelyn may encourage a child to identify with its heritage. Here are some of the other names for Evelyn that deserve a place in the latest naming trends:

Similar-sounding names that rhyme with Evelyn have their stylish appeal. Such names may touch upon the religious significance of Evelyn while presenting a modern alternative.

If you want to avoid addressing your child by their given name, nicknames can be an excellent option. Here are some of the nicknames for the name Evelyn that might help you call your child fondly in an informal setting:

The name Evelyn carries a great deal of significance in many cultures and countries, with most of its relevance pertaining to its Biblical origins. Although Evelyn’s popularity has seen a decline during the 1980s, it has shown the potential to regain popularity via the efforts of young influencers and celebrities with the name Evelyn. Hence, it is becoming increasingly common as a first or middle name for females in western countries today.