Eating Oysters During Pregnancy - Is It Safe? 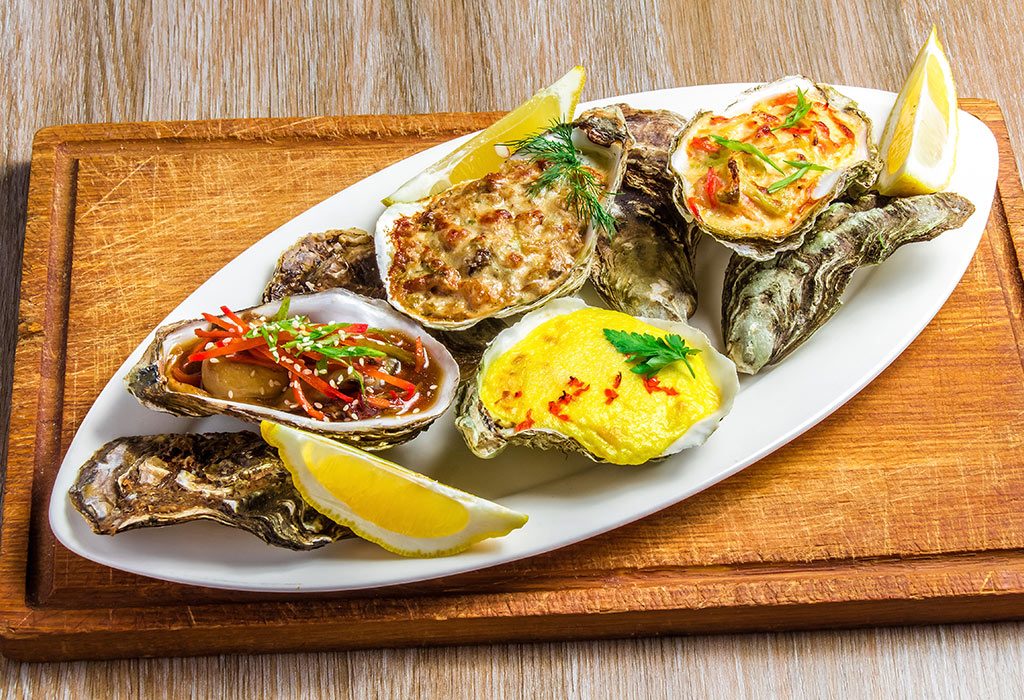 Pregnancy cravings can manifest in the weirdest forms. Most pregnant women crave food items that they should avoid during pregnancy. It is no secret that oysters are incredibly delicious and a delicacy for most people. But are they safe to be consumed during pregnancy? Well, there’s only one way to find that out.

Pregnant women can safely consume oysters only if they are fresh and cooked thoroughly. Yet, it is recommended to keep oysters at bay, especially in certain phases of pregnancy.

Potential Side Effects of Eating Oysters When Pregnant

Pregnant women must strictly avoid raw or undercooked meat products. Consumption of raw oysters during pregnancy would fall into the same category, which can give rise to certain unwelcome side effects. A few of these are listed below.

Since oysters might not be adequately cooked or would generally be raw, there is a high chance of them containing bacteria that can infect the digestive tract and other areas within the body. At times, the bacteria and fungi causing the infections might be harmful to the foetus, leading either to a miscarriage or severe damage to the brain. The bacteria could also result in an illness severe enough to cause a blood infection that can be life-threatening for the mother and the baby.

Since a baby is growing within the body, the immunity system takes a step-down to keep all the processes functioning as they are. Undercooked or half-cooked oysters, unfortunately, increases the chances of experiencing food poisoning. At times, they could even trigger allergic reactions as a result of the immune system’s final response. Any meat product that is served raw or is not prepared by subjecting it to an intense cooking process is generally unsafe for a pregnant woman. However, oysters themselves do have various constituents that can be quite beneficial to a pregnant woman. Things to Consider Before Eating Oysters While Pregnant

While consuming adequately cooked oysters during pregnancy poses the lowest risk and the highest benefit for the mother, it is necessary to keep a few things in mind before consuming oysters in any form.

While oysters do provide numerous benefits and nutrients that are rarely found in other food products, there are always alternatives one can consider. Fish oil supplements, peanuts, pumpkin seeds do contain zinc in good proportion, along with flaxseed oil or certain cereals which contain omega-3 acids and are safer than oysters.

Keeping away from canned smoked oysters might be difficult if you are already a die-hard fan of them. But ensuring your baby’s safety and a healthy pregnancy ought to be your priority at all times. Opting for alternatives is your best bet to avoid any complications.

Also Read: Is it Safe to Eat Crab during Pregnancy?