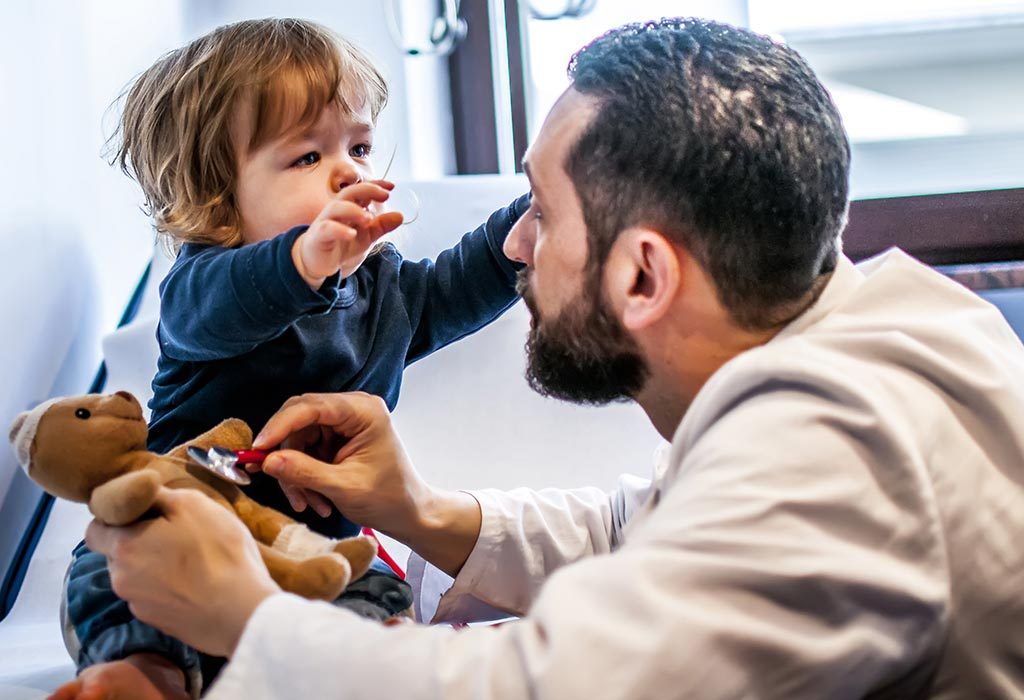 Dwarfism is a genetic condition, hence it cannot be prevented. The problem with this condition is that it will not be obvious or visible until the person attains a particular age. However, there are certain things you can do to improve the condition of your child.

Dwarfism or short stature is defined as a height ≥2 standard deviations below mean for the age and sex of a child (or less than 3rd percentile). Dwarfism is a condition in which a child does not grow up to the height of an average human and remains shorter than the height of 4’10’’. The condition is genetic, so preventing it is not possible. People affected by this condition have an average height of 4 feet. Usually, ‘little person’ or ‘short stature’ is preferred to refer to these people instead of ‘dwarf’.

Dwarfism can be generally divided into two types, which are as follows:

This type of dwarfism usually occurs as a result of a hormone deficiency in children. The body parts of the child are proportionate to each other, which mean that the child will look normal except for his short stature. His head and limbs will be in the right proportion. Proportionate dwarfism can be treated using hormone injections in a regular and controlled manner, as it occurs due to hormone deficiency.

Disproportionate dwarfism is a common type of dwarfism and is visible as the body parts are not proportionate to each other. In most cases, dwarfism is a result of a condition called achondroplasia, this results in the length of the limbs being markedly shorter, but the length of the trunk is not affected much. Therefore, it is easily visible in the child. The head of the affected child is also much larger compared to his body.

Causes of Dwarfism in Kids

There are many causes of dwarfism in kids of which few are mentioned below:

Genetic abnormality is characterised by faulty chromosomes, and cannot be prevented in any manner. Dwarfism is one such abnormality, where the parents may have two normal genes, but the baby may end up with a short stature anyway.

A leading cause of dwarfism in females, it occurs as a result of the child missing part of an X chromosome which she is supposed to be receiving. While males have X and Y chromosomes, females have two X chromosomes; missing an X entirely or even partially can result in dwarfism in the child.

Children who have dwarfism due to growth hormone deficiency exhibit proportionate dwarfism, which means that the child will not have a large torso or head compared to the rest of his body; he will just look like he is small in terms of stature. This dwarfism can be combated with hormone injections regularly while growing up, but the reasons as to why it occurs have not been found yet. 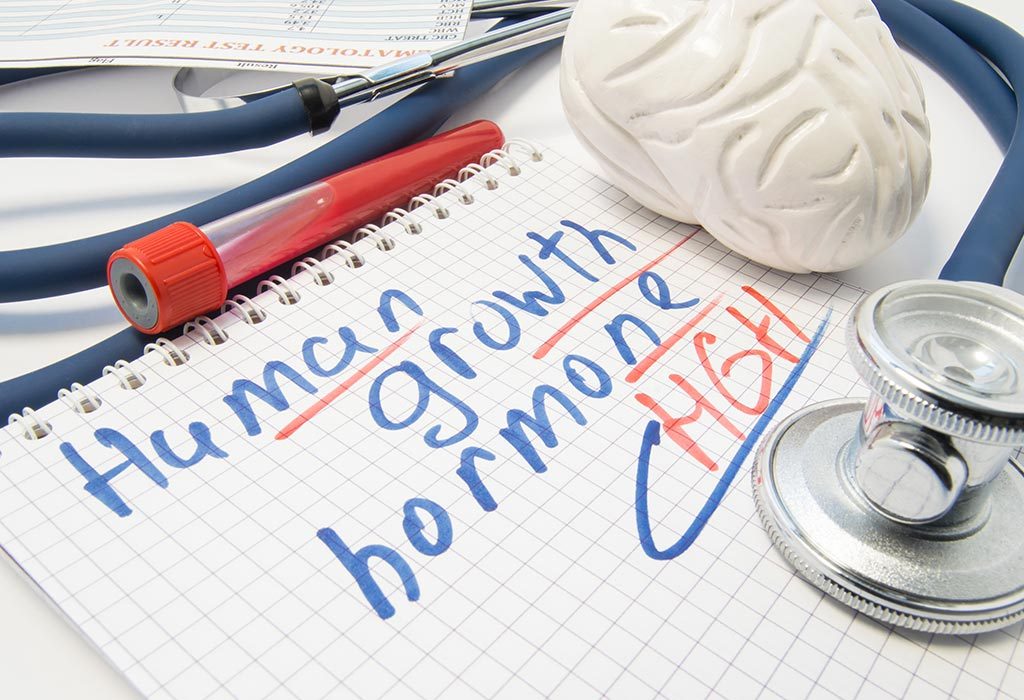 The thyroid gland helps in the regulation of growth hormones, so if it does not produce enough hormones from a young age, the result can be dwarfism in the baby. This type of dwarfism comes with a few symptoms, like low energy, puffy facial features and cognitive problems in the child.

Another common cause of proportionate dwarfism in children, this occurs in the womb of the mother itself. The baby may grow up for the full term in the womb but is smaller than the average size.

There are a few signs of dwarfism in babies, which can give you an idea as to whether your child is affected by this condition or not. 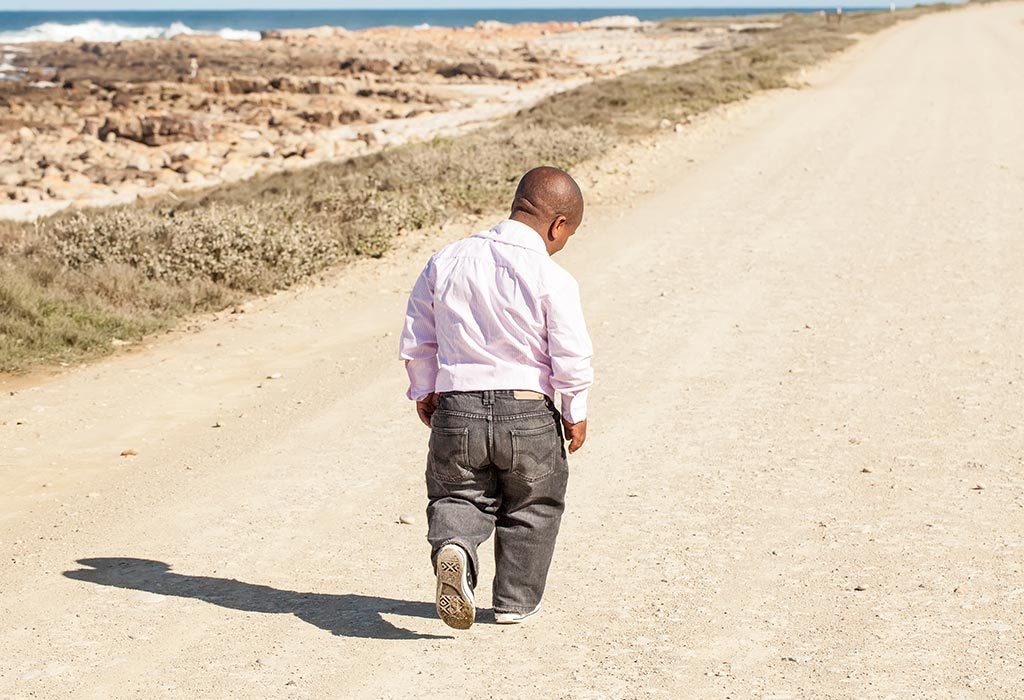 How to Diagnose Dwarfism

Diagnosis of dwarfism in the child can be done right at the time of birth, or even through ultrasonography during pregnancy. A few symptoms that give it away include protruding jaw and teeth, which are not aligned and there is a curvature in the shape of the spine.

In the case of dwarfism due to lack of growth hormones, it will not be visible to the child until he is around 2 to 3 years of age. Some other giveaway symptoms of this condition include reduced immunity and delayed motor skills in the child. Intelligence can also be impaired, and the baby may even walk with a slight gait.

What are the Possible Complications Associated With Dwarfism?

Sometimes, there are a few complications associated with dwarfism, which are as follows:

How to Treat Dwarfism in Children

While there is no cure or prevention for dwarfism, there are a few things that parents can do in order to improve the condition of their children.

Using physical therapy and orthotics (custom devices which help you improve the function and balance of the foot), you can reduce the pain your child has to go through in order to move. Most of the pain can be reduced, with the help of therapy.

This helps if the cause of dwarfism is the lack of growth hormones. The child may not be cured of the abnormality completely, but he can grow up close to the average height with the help of regular hormone injections from a young age.

Surgery can also help correct a range of problems in the child, including the direction of bone growth, pressure on the base of the skull and also on the spinal cord, and even pressure on the brain due to excess cerebrospinal fluid.

How Should Parents Help a Dwarf Child?

There are ways that as parents you should try to help a dwarf child grow up normally, in spite of the condition.

Dwarfism is hard to live with, as it is easily evident from a young age. Parents need to support their child so that they grow up proudly and with no confidence issues. Remember that dwarfism is not something that can affect the way your child thinks and does things, so always love him for what he is.