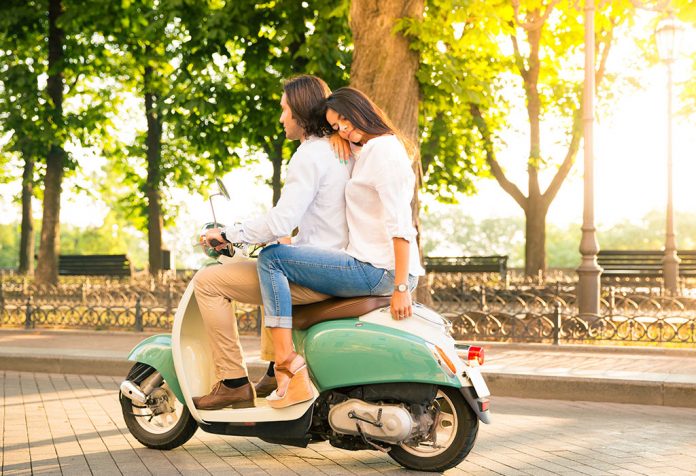 The fluctuating hormones and the resulting sickness, fatigue, nausea and pain, along with a growing belly can render riding a two-wheeler during pregnancy uncomfortable and risky. It may lead to erroneous driving, thereby increasing the risk of a likely road accident. In fact, some women may even have to avoid all forms of travelling during the second or third trimesters of pregnancy.

Is It Safe to Ride a Two-Wheeler During Pregnancy?

Having said that, if you do have to ride a two-wheeler during pregnancy, you must take certain precautions and ensure it is a one-off case. It’s better that your body and the foetus growing inside your womb doesn’t go through any physical trauma while riding a two-wheeler.

It may not be entirely possible to avoid riding a two-wheeler during pregnancy, but you can always keep the following precautions in mind when you do: Since you know that two-wheeler rides are better avoided during pregnancy no matter what trimester you are in, here are some ways you can avoid such rides.

Ways to Avoid a Two-Wheeler Ride When Pregnant

You may want to avoid a two-wheeler ride as soon as your pregnancy is confirmed. Sudden jerks or a bumpy ride or a bad fall may result in premature delivery and other pregnancy complications. Here’s how you can safely travel without the help of a two-wheeler:

Riding a two-wheeler during pregnancy is not a big problem. The main hurdle lies in the condition of the roads, which are usually full of potholes and other things that can cause a bumpy, uncomfortable ride. Maddening traffic, people’s tendency to disregard basic traffic rules and to create dangerous situations can result in an accident. Therefore, it makes sense to avoid exposing yourself to such potentially hazardous situations during pregnancy.

“Mom, You Know I Hate Bananas. Please No!”

Dealing with a Naughty Child and His Habit of Throwing Things

My Experience in Using Dabur Lal Tail for My Baby

Why Should Parents Stop Comparing Their Child to Others