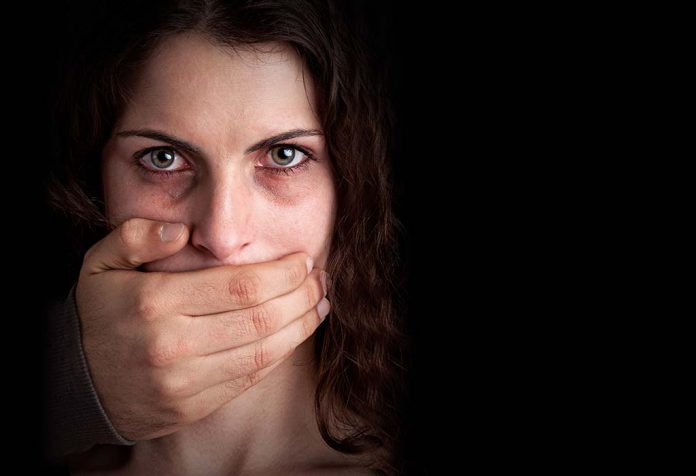 There are some issues which never seem to get the importance that they require. These issues always seem to bubble just under the surface, threatening to break out and become the topic of conversation – but they never do. Domestic violence is one such issue which is becoming the topic of conversation more and more frequently today, but the issue never seems to be sorted out.

Dealing with domestic violence needs a great deal of finesse and focus since it has the power to make or break families forever.

What is Domestic Violence?

Domestic violence means just what the term implies – it refers to violence within the family. It could be towards the husband, wife, daughter, son and even parents and grandparents. The violence between two people in the same family is called domestic violence.

This violence can take a lot of forms, too. It need not simply be physical – it can also be emotional and sexual. Each type of domestic violence has its own ways of affecting both the victim and the victimizer, and none of the forms can be understated in importance. This exploding violence within the family has the ability to rip families part, as it so often does – there is a great deal of harm to be done in keeping mum about it, too.

Domestic violence has always been an intrinsic part of the society, for as long as history has been recorded. It could stem out of a desire to dominate within the household or gain control over specific people. The reason it occurs could also be to exploit the victim for personal reasons, or simply to show the superiority of one person in the family – whatever it is, any violence in the family is domestic violence. 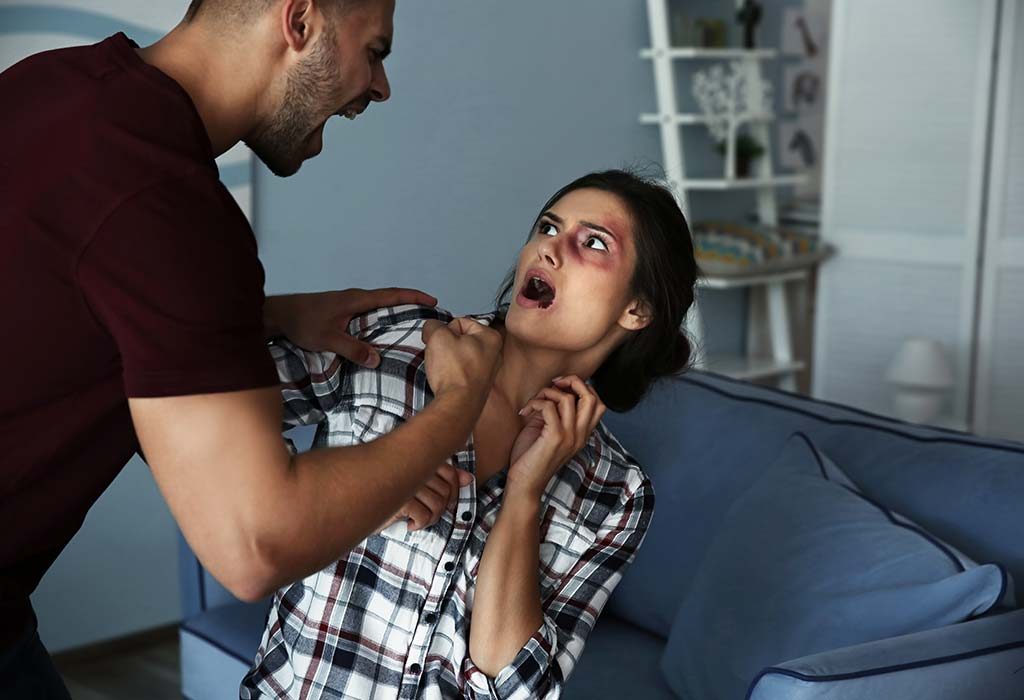 Causes as to why this occurs in India are asking for more dowry, refusal to have sex when the husband desires it, neglecting children or other seemingly trivial issues like not cooking dinner on time. Infertility is also highly stigmatized in the nation, and it is one of the leading causes of domestic violence against females. In many cases, it is the doubtful mind of the husband that provokes him to act violently against his wife – this, along with an inability to have a girl child as is so often the case in rural India.

One thing to remember is that most of these women are unable to leave their partner even after the domestic violence has occurred, and they consciously choose to get abused on and on. There have been many testaments which state that for them, the fear of leaving was greater than the fear of staying. Having been imbibed with the same supposedly ‘traditional’ orthodox values, they also internalize the belief that their husbands are stronger than them – they end up staying even though they get abused a lot of the time. 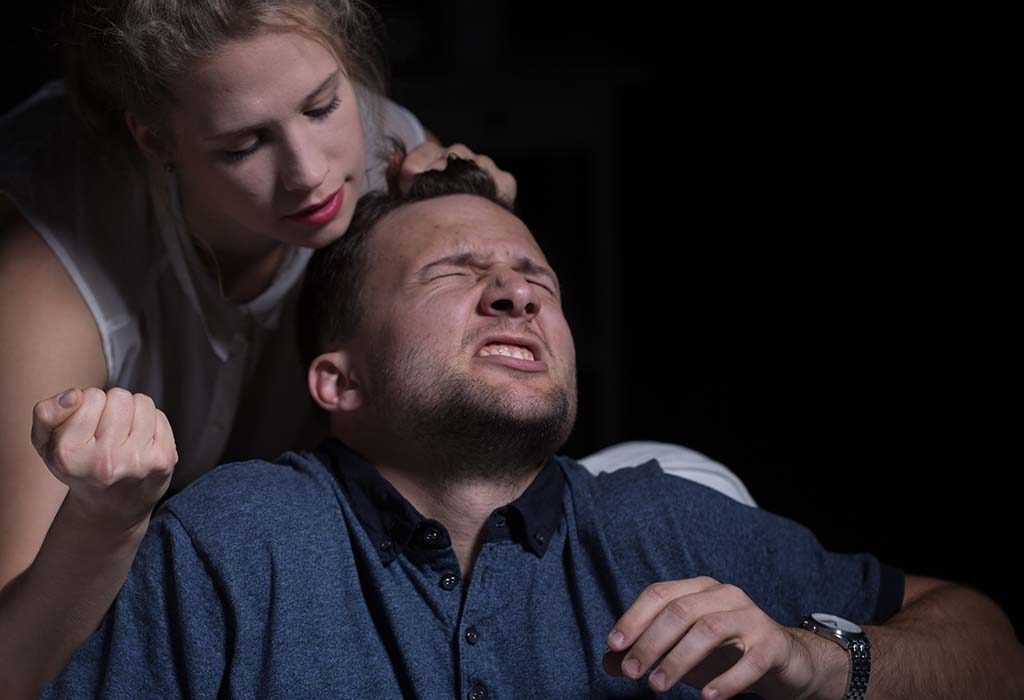 In a recent case, hundreds of husbands gathered in Shimla and Chandigarh to get their opinion on the issue heard and made a change in the existing laws regarding this. Many men find themselves unable to retaliate to their wives, which is exploited by their partners. Reasons as to why this occurs can be the inability of the husband to earn a lot of money, neglecting the children or even spying on the partner at all times. It should also be noted that many cases of domestic violence against men go unreported because it is seen as an act of weakness to expose such an issue. 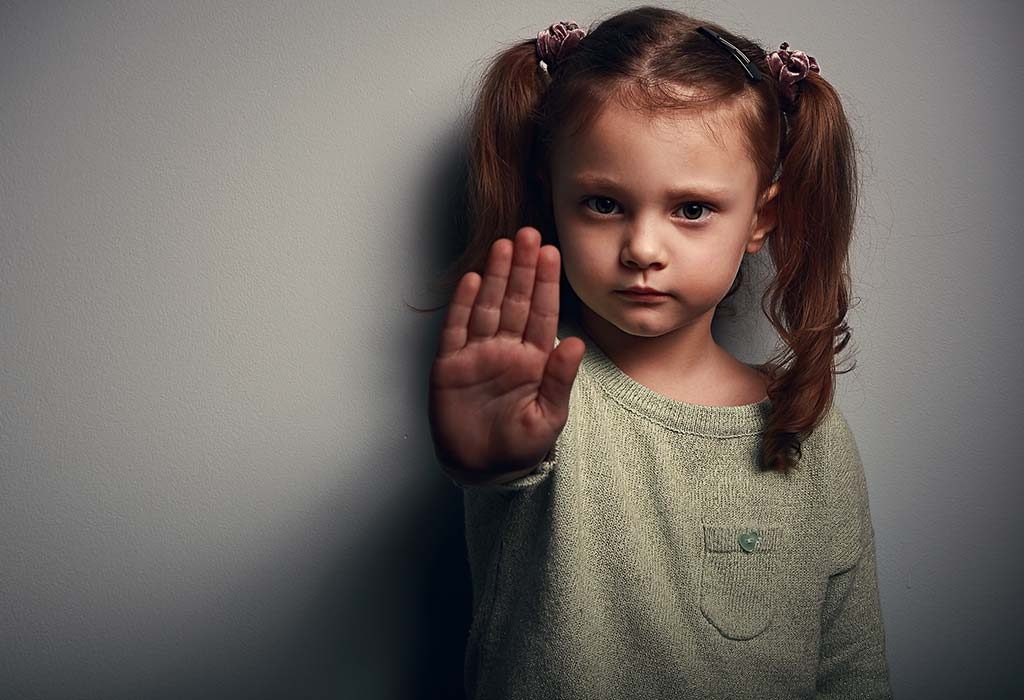 Children are also sometimes the victims of domestic abuse, and this has the second most number of reported cases after domestic violence against women. Disobeying the orders of the parents, poor academic records and inability to perform as well as the other children in the neighbourhood are some of the common reasons as to why this occurs. This is often mental, more than physical – the child may be subjected to abuse which can scar him for life, and young girls are often cursed for being born. This is a serious issue today, and thus requires a lot of focus by the authorities in order to be prevented.

4. Domestic Violence against the Old 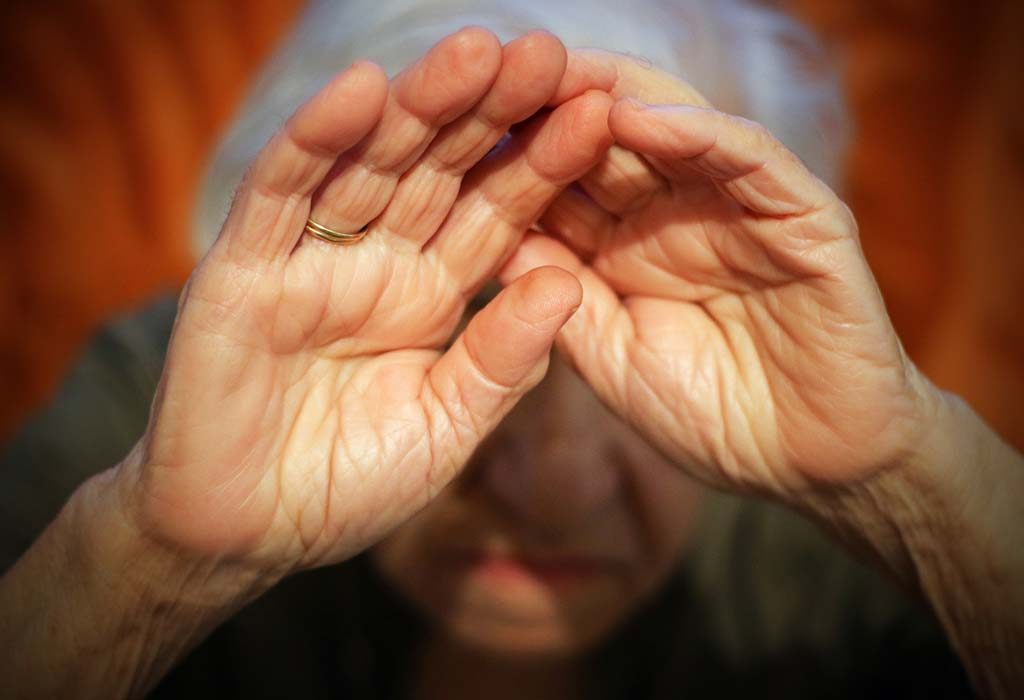 Old people, owing to their physical frailty and weakness often become the target of abuse too. This largely goes unreported in the nation, because of the physical inability of old people and the choice they make not to report it because they are afraid of what might happen to them afterwards. The reasons for this may be to grab property or ancestral wealth, or the abuser might simply think that looking after the old person is simply too expensive. Even here, it was observed that women are more at risk when compared to men the same age.

Domestic violence may not always be limited to the immediate family – other people of the extended family may also be the victims. While these issues do not get the focus as much as the domestic violence issues mentioned above, these are real too. Domestic violence against maids, in particular, by the male members of the household is something that is highlighted in the media today.

Are You a Victim of Domestic Violence?

The victims themselves do not recognise what is happening to them until it is too late. There are some signs that you are being abused, and some of them are:

If this is happening to you, please consider whether you are being abused by the person.

Effects of Domestic Violence on Victims

The effects of the violence on the victim changes depending on the situation, but there are many similarities between how the victims are usually affected.

Women usually tend to suffer in silence and remain quiet about the abuse, and this takes a huge psychological toll on them. Trauma can affect their productivity in all life activities, and they will find themselves unable to be a proper contributing member of society soon after. This may translate to physical health issues, and constant abuse can make any woman become a shell of who she previously was.

The effects of violence against men are mostly psychological and emotional, and the productivity of men is affected adversely too. Many cases go unreported – it is because it is considered to be a weakness to report. Men tend to lose interest in their lives, and spiral into depression often as a result of the abuse they have undergone. Suicides by the victims are becoming increasingly common, too.

The effects of this violence on children are more long-lived since a part of their personality is formed as a result of the traumatic experiences they underwent as a child. They might grow up with less self-worth and think that they are inferior to their peers. This could not only have a huge impact on the mind of the child but also keep him from reaching his potential in life.

Elderly abuse is one of the worst things that can happen to old people, considering their inability to protect themselves. They would have to choose between speaking out or staying at home, which can have adverse effects on their mental and physical health both.

Why Do Victims of Domestic Violence Suffer in Silence?

People are far more comfortable in letting things be than having to uproot their lives by speaking out. The impact of speaking out against their relationships may be too much for them to handle, so they simply choose to ignore the abuse, or even worse, accept it as their fate and let it continue.

How to Deal with Domestic Violence in Marriage

If you have an abusive partner, here’s how you can start to deal with it.

Domestic violence by wife in India can be hard to deal with, but it can be dealt with all the same. The first step is to make the person aware that she is abusing you – if this makes the abuse stop, then that would be a great outcome. Else, you must come out and confide the happening in somebody you trust and get their support.  You must have a safety plan, which details where to go if you are in danger. Keep a journal so that you can report things in a calculated manner if need be.

Women should also come out speaking about the abuse they had to undergo, first in private and then if needed, in public. Many women keep mum fearing how much life would change as a result of this but remember that anything is better than being abused constantly by the people who are supposed to support you.

Laws against Domestic Violence in India

Domestic violence is a criminal offence as per the Indian Penal Code enacted in 1983, but it mainly deals with domestic violence by the husband or his family against a married woman. The Government also passed the Domestic Violence Bill in 2001, in order to again deal with the matter of domestic violence against women at home. While these are not comprehensive towards the other forms of domestic violence discussed here, they are definitely a start to get the ball rolling.

Being a criminal offence, the punishment under the Domestic Violence Act in India can be drastic too. Many offences have been underlined in the Act, and the abuse, if proven right, will definitely be tried as a criminal offence and will be eligible for stringent punishment.

Where to Seek Help?

There is no one single domestic violence in India helpline, but there are many places that the victim can choose to contact. This could be for anything, ranging from mental support to legal counsel towards speaking out. Area-specific organizations like AKS, Shakti and Saarthak are a few of the NGOs which have a 24/7 helpline open to help victims cope.

Domestic violence is a real demon in the household, no matter who the oppressor or the oppressed are. You must learn to deal with the abuse in a permanent way, rather than opt to let it fester and destroy your life.

The Forgotten Art of Playing Outdoors in Today’s Era and Its Side Effects!

How to Ensure Your Baby Massage Ritual Delivers the Maximum Benefits

The Beauty of Breastfeeding: A Graceful Act That Every Mother Cherishes