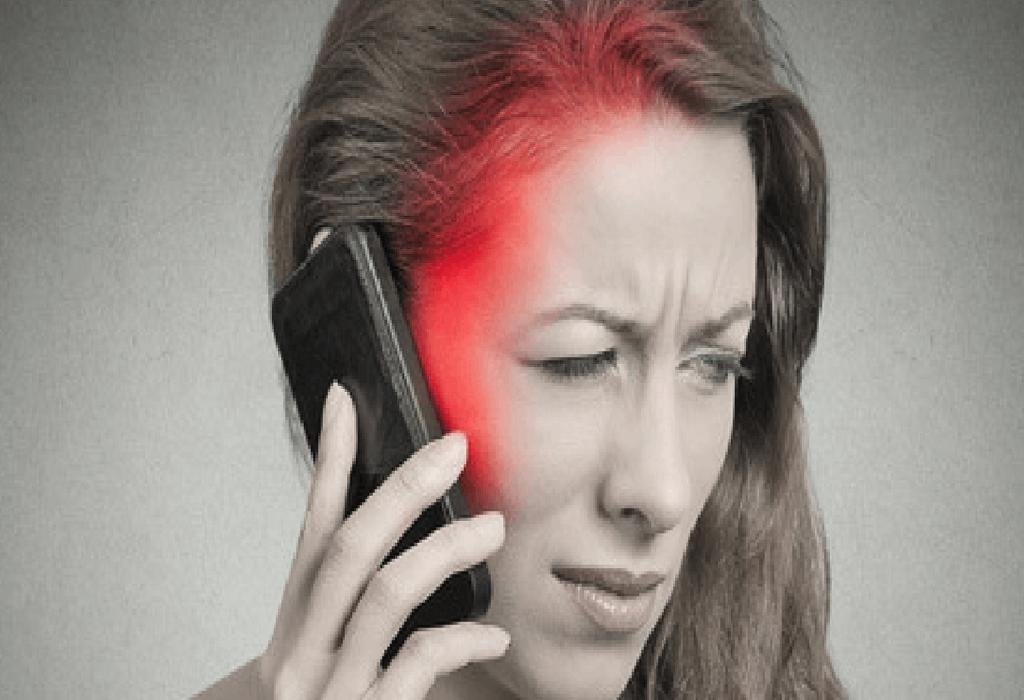 Having a hectic work life, children to tend to, and a home to manage can severely restrict your social outings. In such a scenario, the cell phone becomes the new best friend. That is until you get to know the effects of cell phone radiation on your skin.

In this fast-paced life, where letters have given way to emails and face-to-face conversations to quick phone calls, there isn’t any running away from technology. Thanks to our cell phones, we binge on Facebook, go rapid-fire texting on WhatsApp, upload our photographs with kids on Instagram, and download games – all at once. It seems impossible to deny this addiction. However, if only you knew the harmful effects of mobile phone radiation on your skin, you wouldn’t be keeping it quite so close as you do. Take a look.

Love thy Skin? Keep your Cell Phones Away!

Well, the negative effects of cell phone radiation on your skin are many but have you ever felt a dry patch and itching on your hands or your face? It could well be mobile phone radiation effects on your skin, thanks to those two-hour long conversations you’ve been having with someone or the other every day. Mobile radiation elevates antigens in people who already suffer from some form of allergies. Another reason for cell phone dermatitis – well, that’s what it’s called – could be the use of nickel and cobalt in the phone trimmings. These metals combined with the radiations are making your skin red and itchy. Ouch!

Squinting to read your favourite blog on your phone at night while lulling your baby to sleep? You may well be saying an early hello to crow’s feet. The small fonts and the low brightness of the phone screen together make you squint, in turn leading to wrinkles around the eyes. If your phone doubles up as your mini workstation, ensure to keep the brightness high and the fonts big.

Have you noticed how hot your cell phone gets after those late into the night calls with your best friend? Using it in this “hot” condition is akin to baking your skin. Really! The cell phone health risks are many. However, the exposure to this much heat can increase melanin production in the skin. This can give you uneven skin tone and even dark spots all over the face. Opt for the hands-free option to keep such nauseating effects of cell phone radiation at bay.

You never thought you might have to face the scourge of acne after those teenage years, did you? Well, you’re in for a rude shock. Cell phones are considered to be more unhygienic (carry more germs) than public toilets. Imagine putting your face against all those germs and bacteria. Worse still, imagine exposing your little one to all that infestation! Make sure you clean your phone regularly, put it in a cover, and use it with clean hands.

Admit it; you’re constantly looking down on your phone to read a new email, check a notification, or to purge your phone gallery. This constant staring gradually breaks down the collagen in the neck. This leads to unsightly neck wrinkles and diminished confidence. You can avoid all this by holding the phone at eye level and reading with your chin up.

Negative Effects of Mobile Radiation on the Body

Mobile phones emit electromagnetic radiation. This is required to make and receive calls. Although the emissions are low-power and short range, long-term exposure to these has many harmful effects. With the advancements in mobile technology and inconclusive research evidence to debunk the myths and warn us about the dangers, it is crucial to minimise the radiation we are subjecting ourselves to, on a daily basis. Here is a list of the ill effects of mobile radiation.

When you make a call, the temperature of your brain rises, due to the absorption of electromagnetic radiation. A study found that there was a 0.11º C increase in the temperature of the brain for a regular cell phone with an average emitted power of 0.25 W, the maximum value in ordinary mobile phones.

A study by the American National Health and Environment Science Institute states that the electromagnetic radiation from cell phone use can lead to the thinning of the blood vessels and could make this barrier between the blood and the brain permeable. This could enable harmful substances present in the blood leaking to the brain, and damage the brain-tissue and the nerves around it.

Prolonged exposure and long-term use of the mobile phones is also linked to the growth of cancerous tumours, especially in the skin tissue. Radiation does not directly enhance or lead to malignant tumours but can accelerate the growth process. A review in the World Neurosurgery Magazine also concludes that the risk of a brain tumour on the side of the head you hold your cell phone to is almost doubled. If you have been using a cell phone for more than ten years.

Most of us have a habit of carrying our cell phones in our pant pockets. This practice is detrimental to men’s reproductive organs especially their testes and the quality and quantity of sperm. According to a study decreased after just five hours of exposure to cell phones.

Tips to Minimise the Damage

Mobile technology has its fair share of health hazards. However, a little care can go a long way to minimising it. While wired technology is considered the safest technology, one cannot completely stop using it. Here are a few tips to prevent and minimise damage from cell phone radiation.

2. Bedtime is for sleeping!

While sleeping, switch off your cell phone to minimise the radiation. If you want to use the alarm clock or the torchlight on your phone, just turn the aeroplane or flight mode. Also, avoid keeping your phone under your pillow or anywhere near your head. Keeping your phone only 20 inches away from you reduces the radiation by 95%. You can just leave your phone on a bedside table and solve this problem! Avoid calling and talking on the phone for long hours, as far as possible. With so many popular messaging apps, it is hardly that difficult. Talking on the speakerphone or via an earpiece also helps.

4. No phones in enclosed zones

In enclosed spaces, especially cars, aeroplanes, buses, trains and elevators, the radiation of electromagnetic waves is amplified since the metal surroundings reflect the waves inside the vehicle. This also exposes the people and high-risk groups (older people, pregnant women and children) around you to it.

5. Say no to weak signals

Avoid using your cell phone when the signal is weak. When the device tries to connect to a network and reach the nearest antenna, the electromagnetic radiation is maximum.

6. Use smart apps on your smartphones

If you have an android or a blackberry phone, you can install various apps (such as Tawkon) that measure radiation and alert you if you cross the radiation-limit.

Children’s’ skulls are thinner than adults. Radiations can penetrate their brains deeply and cause more damage. Limit screen time for your kids altogether, to avoid other complications as well. Here are some tips for regulating screen-time for your kids

According to dermatologists, it is very easy to tell which side you hold your phone to, or which way you tilt your head to take a selfie, because of the pattern of wrinkles on your skin. These wrinkles a sign of premature ageing, are a result of the LEDs, photo flashes and the blue light that is emitted while clicking selfies. Beware selfie queens!

The cell phone radiation effects on the skin can be easily avoided by changing certain habits. A little care can go a long way in keeping these pesky cell phone issues away.

Previous article « Stop Eating! Are These Foods Damaging Your Sex Drive?
Next article 9 Things All Indian Mothers Tell Their Kids – You Do Too! »