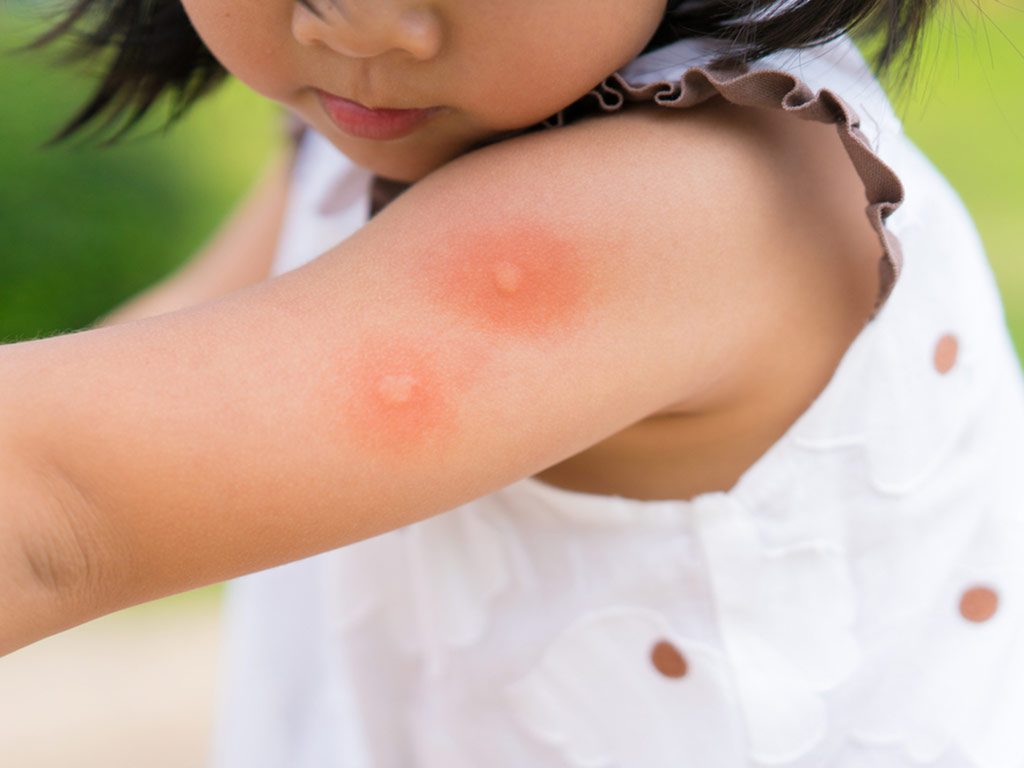 More than 500 million people are affected by mosquito-borne diseases that result in about 2.7 million deaths each year. The most dangerous ones are malaria, zika virus, chikungunya, yellow fever, and dengue fever. Dengue is especially common in India, with epidemics constantly emerging around the country. Luckily, this disease is treatable and has a rather low mortality rate. This article will help you understand dengue fever, its symptoms, treatment, and prevention methods.

What Is Dengue and How Does It Spread?

Dengue fever is carried by the female Aedes mosquito. This mosquito species can be identified by a striking striped pattern on its abdomen, giving them the name tiger mosquitoes. Usually found in warm, tropical and humid climates, these mosquitoes thrive in the presence of stagnant water. This makes dengue far more prevalent at the peak of the monsoons. Interestingly, the Aedes mosquito attacks during the day, which is unlike other disease-carrying mosquitoes. These mosquitoes usually bite in the early morning and the evening right before sunset.

It is important to note that the mosquito is simply a carrier, known as the disease vector. The cause of dengue in children as well as adults is not the mosquito itself, but rather a viral pathogen known as the dengue virus. There are five strains of dengue viruses, any of which can cause the disease. However, dengue caused by one of the strains will grant total immunity to the disease caused by that particular strain, but only partial resistance to the other viruses.

The prevalence of dengue is tricky to calculate, as most cases of the disease are unreported. According to WHO, around three million dengue people are infected with dengue every year, but the actual number might be more than 400 million. The disease spreads when the mosquito bites an individual, transferring the dengue virus into the bloodstream. The virus then attaches itself to the white blood cells, slowly penetrating them as they are carried throughout the body. After replicating inside the white blood cells, they emerge and infect other organs such as the liver, bone marrow, skin, and so on. The disease usually passes in two to ten days as the body sets off an immune response that kills all the viruses. However, in around five per cent of all cases, a more dangerous version of dengue fever can arise, known as Dengue Haemorrhagic Fever. This case has far more complications and requires immediate treatment.

While dengue is not usual in newborns, mothers with the disease are liable to pass the infection during labour. The virus can also be transmitted through blood transfusion and organ transplants. Luckily, in most cases, dengue cannot spread from one person to another.

Signs and Symptoms of Dengue in Children

Dengue fever is usually asymptomatic in nearly eighty per cent of all cases, even babies and small children. However, the younger the child, the more severe the symptoms, which usually materialise around four days after the infection. Here is a list of dengue symptoms in babies you should keep an eye out for. In most cases, dengue fever in infants begins with the symptoms associated with viral influenzas, such as high-temperature fever, runny nose, cough, and fatigue.

Your child might exhibit more agitation and irritability than usual, even without an apparent reason. He is also likely to cry often and throw tantrums. His appetite will drop, and the sleeping pattern will change drastically. This is because of fever and flu-like symptoms that your child is experiencing.

Affected children might experience muscle and joint aches, dull throbbing pain behind their eyes, back pain, splitting headaches, and so on. The pain feels like the bones are being broken. Dengue, therefore, is also known as “Breakbone Fever”.

Your child might complain of shooting pains in the abdomen along with nausea, vomiting, and diarrhoea, which can be mistaken for symptoms of gastroenteritis. Vomiting is an early sign that the child may develop complications; hence he needs to be closely monitored.

A common symptom of dengue is an itchy skin rash that appears in patches. It has been described as a measles-like rash that resembles white islands in the sea of crimson. Another symptom to look out for is a constant itch that appears on the soles of the feet. However, the rash is transient and may disappear even before you see it.

Children experience bleeding from their gums or nose due to a drop in the platelet count. The virus slows down the clotting rate of blood, resulting in bleeding. At times, bleeding can also occur in the gastrointestinal tract. However, this happens in complicated cases only and is not experienced by everyone suffering from dengue.

As mentioned above, in rare cases, dengue can turn into far more dangerous conditions such as the Dengue Haemorrhagic Fever and the Dengue Shock Syndrome. The symptoms associated with these diseases are listed below.

If you have observed your child showing some or all of these symptoms, you must take him to a medical practitioner immediately. However, if you can’t consult a doctor, the next sub-head should help you out.

Things to Do If Your Child Shows Symptoms of Dengue

There are several things to keep in mind if you observe any of the symptoms given below. Here’s what you must do. When you do consult a medical practitioner, your baby will be checked thoroughly for signs to confirm dengue. Here’s how the diagnosis will be made.

Diagnosis of Dengue in Children

As mentioned earlier, if you think your child is exhibiting any of the signs or symptoms as described above, consult a paediatrician as soon as possible. This is especially important if your child shows signs of fatigue, fever, joint pain, and rash. The doctor will conduct a physical examination to identify the symptoms. He/she might ask for your child’s medical history and details about his vaccinations. Further, the paediatrician will ask about the places you have visited with your child. This is because several regions in the country and the world are known to be hotbeds for dengue. If your child has travelled in these regions, the paediatrician will be able to evaluate the situation better. Post this, your baby’s blood sample will be sent to a diagnostic lab to test for the presence of the dengue virus

If dengue is confirmed, the doctor will be able to begin a treatment protocol, which we shall talk about in the next section.

Treatment of Dengue Fever in Children

Currently, there is no cure for dengue fever; however, dengue has a very low mortality rate and tends to resolve in a few days to a month. Only in complicated cases, the mortality rate is high. However, there are ways you can reduce the discomfort caused by dengue and speed up your baby’s recovery from the illness. While most children recover when they are diagnosed with dengue, there are some cases wherein the child may suffer from complications, mainly due to dengue hemorrhagic fever.

Complications Due to Dengue Hemorrhagic Fever

Dengue, if not managed well in time could lead to a severe condition called Dengue Hemorrhagic Fever, which further, could lead to health complications such as:

Clearly, dengue can create quite a havoc, especially when it affects a baby. But, there are ways you could prevent your little one from contracting the disease. Read on to know more.

Prevention is better than cure in the case of dengue fever. There are several ways you can avoid getting your baby bitten by mosquitoes that could carry the dengue virus. Here are a few ways to protect both yourself and your family from this illness:

Dengue is common in tropical zones where the climate allows mosquitoes to thrive. The epidemic is also more likely to spread in third-world countries where public sanitation is given little or no importance. Therefore, it is imperative that you take the required precautions to prevent your child from contracting the disease, especially due to the lack of a cure. Interestingly, there is a vaccine available for dengue fever in some Southeast Asian and Latin American countries, but it remains only partially effective. Research to develop a vaccine for all five types of dengue viruses is still ongoing.

Previous article « 10 Weeks Pregnant: What to Expect
Next article Impetigo in Children »