Deciphering the Reasons behind a Man's Wandering Eye

Deciphering the Reasons behind a Man’s Wandering Eye

Deciphering the Reasons behind a Man’s Wandering Eye 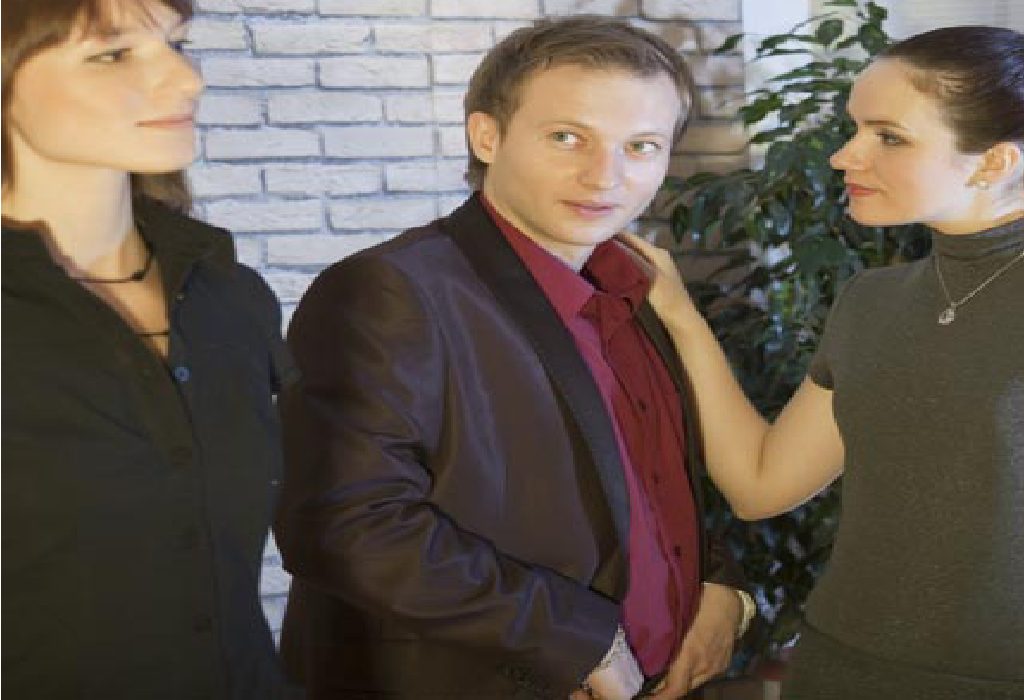 Men with wandering eyes can cause a lot of emotional pain to their wives. Relationships can end and marriages can sour because of this one habit. There are a lot of reasons that drive men to cheat, and knowing what they are, can potentially help keep your marriage intact.

Men who have wandering eyes seem to be becoming common these days. In a relationship, this can signal disaster. But just what leads a man to stray or his eyes to wander? Studies have proven that there are some basic reasons why husbands cheat. Knowing what they are, can definitely make you aware of the threats and hopefully keep your marriage safe.

What Drives a Man to Cheat

A marriage that’s full of fights and arguments is one of the primary reasons that pushes a man to cheat or his eyes to wander. Many men don’t like to be put in a defensive mode and prefer to flee from confrontations. Further, to reduce the stress they may find solace in glancing and fantasizing about other women. We would say, to keep your man’s eyes from wandering, you should dwell deeper and find the root cause of the disturbance in the relationship. Are you dominating? Or too submissive? Or you have time just for the kids and not for your husband. Has your sex-life hit rock bottom. These are the type of questions that you should be striving to find an answer for. Make yourselves heard without fighting, understand each other and resolve simmering issues in-house. It’ll leave him with no reason to seek comfort elsewhere.

Though your man doesn’t expect to be treated as your superior, he does expect some basic respect, love and care from you. If a man feels that his wife doesn’t respect him enough, he could go on the lookout for a woman who does. While some may not go the extent of having an extra-marital affair, they may just drift on to the wandering eye route to release the pent up frustration. In summation, it can be said that lack of mutual respect is another reason why men cheat in marriage. So, show some respect to the man in your life and bring his pair of eyeballs back on you.

Men who cheat on their wives have admitted that the lack of emotional fulfillment in a relationship led them to look elsewhere for the same. When a woman is bogged down by the daily grind of a job, kids and other humdrum household chores, she hardly has much time left to spend with her husband. This can leave her man feeling left out and unwanted to the point where he feels he needs to satisfy his emotional needs elsewhere. If not, at least he’ll look at other women, who he feels has the potential, to fulfill his basic emotional hunger for love.

Boredom in a marriage is yet another reason that drives a man’s eye to wander. Let’s face it: your pregnancy graced with all its morning sicknesses and mood swings, followed by a draining delivery, and the post-pregnancy out-of-shape body, while raising a baby – all this is cumbersome. And ultimately takes a toll on your relationship. If the two of you don’t take the pains to spice things up every now and then, you’ll get bored of each other and your marriage. Some men may develop a wandering eye just for the sake of a short-lived hysteria. This act may be the result of their make-believe urge to relive the early days of their relationship, where there were little responsibilities and maximum fun.

Many men are more than happy to lead a monogamous life with their wives. But there are a few who aren’t content with the practice of monogamy and look for sexual excitement elsewhere, just for the sake of it. They may feel that cheating on their wives or at the very least practicing a wandering eye makes them sexually powerful, which they find extremely gratifying.

These are some of the common reasons that lead men to cheat. While there’s a lot you can do to keep your marriage alive and kicking, sometimes things can get out of your control. Don’t blame yourself, but acknowledge that you’ve done the best you can. It takes two people to make a successful marriage, so work towards having a loving relationship and add plenty of excitement to keep the passion ignited.