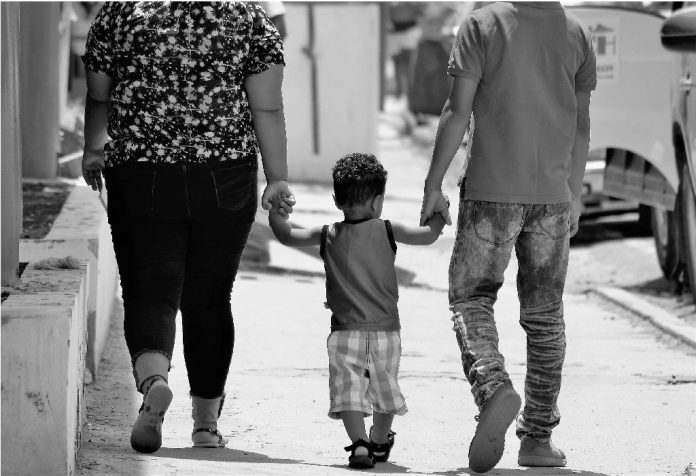 Bringing home a new baby is a special experience for every parent, whether it’s one you’ve given birth to or adopted with love. While babies in either situation grow at their own pace, adopted babies have been through the trauma of being uprooted from their place of birth, which can affect their developmental milestones.

You may think that adopting a tiny baby is easier than bringing home a toddler who realizes the changes going on about him. But the fact is that even infants are very sensitive and can have withdrawal symptoms when moved to a new home. In some cases, these can escalate into developmental delays, especially, if the baby has been moved after 6 months of age.

Nearly all adopted children show some kind of developmental delay, although the extent of the delay varies greatly depending on a number of factors like the age of the child at the time of adoption, the previous circumstances of the child, illness in the child or birth mother. Some experts suggest that nearly 25% of adopted children catch up with their non-adopted peers within a few months, but the remaining 75% might take longer. If the baby’s birth mother was exposed to drugs, alcohol or cigarette smoke, the baby’s health is likely to be negatively impacted, with conditions like Fetal Alcohol Spectrum Disorder (FAS).

While a developmental delay can manifest itself in any form, the most commonly seen areas of delay are:

A speech delay is usually not apparent in infancy, but the damage could have been done before your baby reaches you. Infants in orphanages and other care-homes aren’t exposed to too much human interaction and spend a lot of time alone or in a room filled with other babies. This low stimulation in the early months can affect speech development later.

Babies learn emotions by mirroring what they see in the people around them. Without a smiling face cooing over them in their early days, babies in orphanages might have delays in milestones like smiling, waving or reaching out for someone. They also probably have different caretakers, making it difficult to form an attachment to any one person.

Infants in institutions are almost never exposed to toys of any kind, and this greatly affects their motor skills. They are, also, usually confined to tiny spaces or tied to their cribs, with little or no scope to exercise their neck, back, arm or leg muscles.

Tips for Dealing with Developmental Delays in Adopted Babies

In most cases, a pediatrician does a full check up of the baby before handing her over to the adoptive parents. Trying to get a complete health history of the baby is very helpful, but this is unfortunately near impossible, since most of these children are abandoned, with no information about their birth parents. This means that you might have to expect a few surprises along the way, so keeping a close watch on your baby is very essential.

Here are a few tips to deal with possible developmental delays in your adopted baby.

1. Ensure that your baby has had the complete set of vaccinations required as per her age. Talk to her doctor about any vaccines she may have missed out on before meeting you.

2. Be sure to touch and hold your baby close as much as you can. Initially, this will seem very strange to your neglected baby, but with time, he’ll realize that this is what love feels like.

3. Talk to your baby, sing songs and lullabies and make sure he’s always around happy sounds. Don’t overwhelm your new baby with too much stimulation all at once; take it slow, in degrees. 4. Give your baby ample space to roll around and play. In the beginning, you’ll have to encourage him to lift his head and roll over, but he’ll soon adapt. Adopted children usually overcome delays in motor skills faster than others.

5. Give your child simple toys to play with; make sure they include bright colors and different textures for him to explore. Avoid noisy battery operated contraptions and stick to basic ones like stacking cups, large blocks, balls and empty containers with wooden spoons to bang on them.

6. Read to your baby; it doesn’t matter how old she is. Read to her softly and slowly, showing her the appropriate pictures so she can associate the word with the right object. Reading the same book everyday offers some comfort in the familiarity of the words and pictures.

7. Try to maintain the same routine every day. This isn’t easy with any infant, much less an adopted baby, but try all the same. A steady routine helps to develop a sense of security and stability in a baby that has had a very unpredictable and unstable life till now.

8. Once you feel that your baby has adjusted to you and your home, try taking her outside for short periods. Expose her to nature – trees, birds, grass, flowers, etc. This can be very soothing for her and meeting other friendly people will also help enhance her social skills.

9. Adopted babies are found to be severely malnourished and it might take several weeks to regain their strength and health. Plan a proper diet after consulting your doctor, who might prescribe fortified formula or cereal. You might have to deal with a bit of throwing up and fussing till the baby adjusts to the new diet.

10. Get your child assessed regularly by your pediatrician who’ll suggest the right therapist, if necessary. Keep a chart of milestones with you, so you’ll know how he’s doing.

Remember, that with expert medical care, good nutrition, a happy and social home environment and lots of love and attention, adopted babies can overcome their developmental problems and grow up as normal, happy and well adjusted children. There are various therapists who specialize in dealing with all kinds of developmental issues, so don’t worry about finding help.

Steve Jobs, Edgar Allen Poe, Kristin Chenoweth and Malcolm X are examples of children who were adopted at a very young age. They didn’t just survive, they thrived and went on to become hugely successful and well known. Stay happy and impart lots of positivity to your child; she’s sure to make you proud!

Get your Sex Life Back into The Groove

9 Must-have Bras for Every Mom for Every Outfit or Occasion!

How to Throw an Eco-Friendly Party for Kids