Home Magazine Contributions Breastfeeding is Not Easy But It Gets Better! 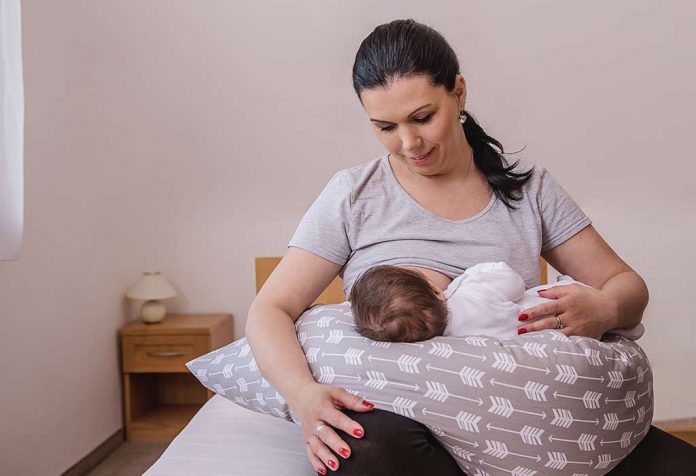 When my daughter was born she weighed 2.5 kgs. It was a normal delivery, but my breast milk supply was less and she was unable to latch on to the breasts. On day 2, the doctors suggested using a breast pump for stimulation and nipple shield for latching. But nothing was helpful and my baby was on formula milk. On day 4, colostrum started coming, but my milk secretion was very low and whatever little amount came, my baby was unable to suck properly.

I continued pumping the milk and giving her along with formula. My mother and my in-laws suggested eating raw papaya, lauki, sabudana, etc. It was so frustrating and I was stressed. I continued pumping and made sure to latch her a few times, no matter what. This continued for a month and my supply started increasing gradually.

By the end of the first month, my stitches pain was gone, and I was in a better position to sit and feed for a long time. Luckily, my baby also never gave up in spite of being fed through bottles. Finally, she was able to latch directly and I got rid of the shield. But my problems didn’t end here!

I started getting pain and burning sensation in my nipples. Initially, I applied nipple butter, then nipple care cream. But that didn’t help much and soon it was so painful that I had to stop feeding her from the left side altogether as it was cracked and hurt bad. Again, I went to a doctor and she suggested applying antibiotic cream. She suggested to avoid breast pumps as it might cause breast injuries/infections but I could not take that advice. After all, that was the only way to provide my child with breast milk, when she could not latch on directly.

Throughout this time, I always made sure to latch her from the right side to ensure proper milk supply. My appetite and water intake were increasing. Finally came a day, after 2.5 months, when I was able to latch her from both sides. I experienced other problems like blocked ducts and inflammation in areola area (my baby used to press sometimes so hard), but I always made sure to make her latch at least from one breast along with pumping out milk from the breast that hurt.

Basically, I have tried everything: breastfeeding, pumping milk, and formula (when required). The stitches pain, the nipple pain, the growth sprouts – I have experienced it all. My breast milk supply almost stopped increasing and has been constant since the time she was 4 months old, and formula intake increased accordingly.

I felt guilty sometimes but slowly made peace with the fact that I am doing my best and that giving formula, if required, is not bad. What matters to me now is that my baby received all the milk that I produced no matter which way, and today I feel a sense of satisfaction when she weighs 6.5kgs at 6 months of age.

We will start with solids soon but will continue our breastfeeding sessions as long as she wants. So all the new moms out there, hang on – it will get better!

Descriptive Words You Can Teach Your Three Year Old