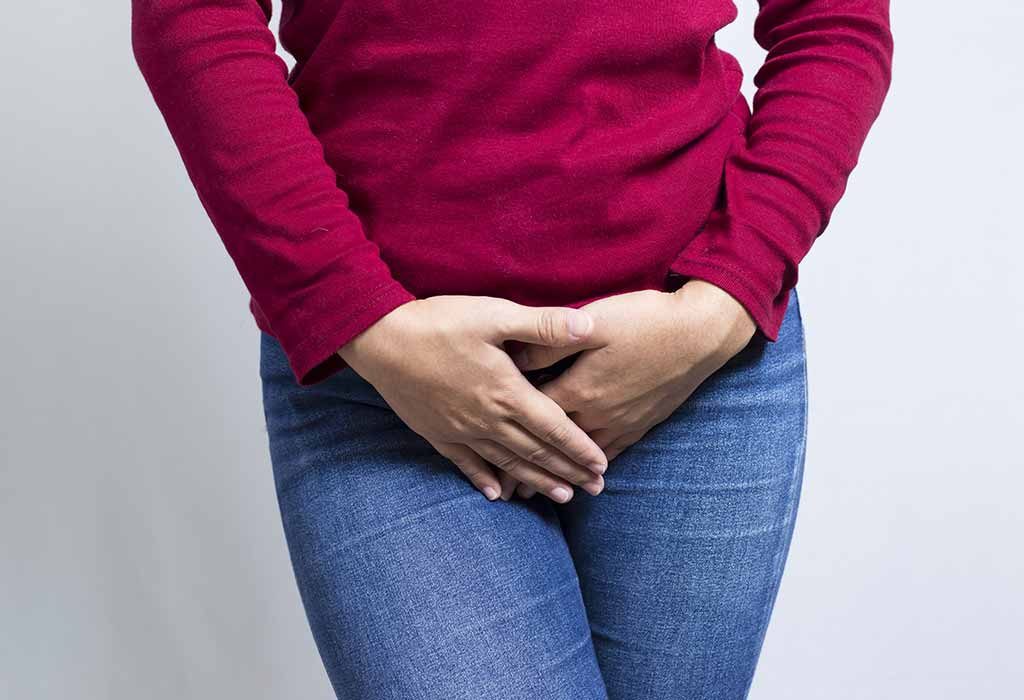 Pregnancy is a time of great change in a woman’s life. She needs to take extra care and precautions, and be vigilant of the bodily changes she is going through. A woman’s body goes through several hormonal changes throughout the course of her pregnancy. Some of these changes affect the vagina, too.

The vagina is more susceptible to infections during pregnancy due to shifting levels of hormones, and increased levels in some. This creates an environment in which bacteria and yeast can grow. Now, there are plenty of ‘good’ bacteria and yeast (microbes) present in the body, which serve important functions. However, an overproduction of these microbes, or the introduction of ‘bad’ microbes, can cause imbalances and infections. Some examples of these are yeast infections, streptococcal infections, urinary tract infections or UTIs, and bacterial vaginosis.

Due to hormonal changes during pregnancy, the immunity of the mom-to-be might be lower than usual, and may make it tougher to fight off vaginal infections. These infections may also harm the unborn baby if left untreated. Hence, it is important to recognise the symptoms of such infections, diagnose them correctly, and treat them immediately.

Bacterial vaginosis during pregnancy is very common. Around 10% to 40% of pregnant women reportedly get infected with bacterial vaginosis (BV). It is caused when the bacteria that are naturally present in your vagina begin multiplying and growing, resulting in unpleasant symptoms.

Some women with BV may not show any signs of the infection. The symptoms of BV are:

BV can be diagnosed by doing a pelvic exam and a vaginal culture.

Bacterial vaginosis can be treated with antibiotics that are safe for pregnant women. Generally, doctors avoid prescribing antibiotics in the first trimester, and will wait till you are in your second trimester. Sometimes, BV goes away without treatment, if it is in the initial stages. However, it is recommended that you seek immediate medical help. Some ways to prevent BV are:

If left untreated, BV can cause problems like preterm delivery, low birth weight in the baby, infection of the uterus, Fallopian tubes, or amniotic fluid, and pelvic inflammatory disease.

Yeast infections during pregnancy is another frequent problem among mothers-to-be. Yeast infections are more common in the second trimester. They may be caused by hormonal changes, taking medication like steroids or antibiotics, excessive douching, diabetes, or an STD.

The signs that you have a yeast infection are:

Yeast infections are diagnosed by a vaginal exam, or by examining a vaginal swab under a microscope to confirm the presence of yeast. These infections are usually treated with anti-fungal creams that have to be applied to the affected area. If not treated, the yeast can infect the baby’s mouth during delivery and cause a condition called thrush. Yeast infections can be prevented by:

Trichomoniasis during pregnancy is caused by a parasitic microbe called Trichomonas vaginalis. It is sexually transmitted from an infected partner during intercourse. However, research has shown that it can be transmitted by sharing toilet seats or towels and even through swimming pools.

The signs and symptoms of Trichomoniasis include:

Trichomoniasis is treated with antibiotics that are not harmful to the unborn baby. Some prevention measures are:

Group B Streptococcus (GBS) during pregnancy is a bacterial infection caused by Streptococcus agalactiae. This bacteria can be present in the intestinal tract, vagina, or rectum of about 15 to 20% of women. If left untreated, a GBS infection can cause complications like endometrial inflammation, urinary bladder infection, premature birth, and even stillbirth. If GBS is passed onto a newborn, it can cause sepsis, meningitis, and neurological problems.

Most healthy women with GBS do not show any obvious symptoms. It is not known why some women do exhibit symptoms. However, GBS can cause a urinary tract infection, which will cause a burning sensation during urination, cloudy urine, and frequent urge to urinate.

Your doctor will test you for the GBS bacteria when you are 35 weeks pregnant with a vaginal or rectal swab. If you test positive for it, if you have premature labour, or fever during labour, you will be treated with antibiotics during delivery, so that you do not pass on the infection to your baby. Usually, the antibiotic is given through an intravenous drip. After your baby is born, he or she will be monitored for infections, and if they develop, they will be treated with antibiotics.

It is not possible to prevent a GBS infection, as the bacteria are commonly present in our bodies.

Urinary Tract Infections (UTIs) are caused when bacteria enter the urinary tract and begin to multiply in the urethra or the bladder. UTIs frequently occur in pregnant women, as the growing uterus presses onto the bladder and urinary tract, trapping the bacteria inside. The urine is also concentrated in pregnant women, and this provides the bacteria with an ideal environment to multiply.

The symptoms of UTIs include: UTIs are treated with pregnancy-safe antibiotics that can be taken orally. Some prevention measures are:

Chlamydia is an infection caused by the bacteria Chlamydia trachomatis. It is a sexually transmitted disease. It is a common STD, but if left untreated, it can lead to an ectopic pregnancy, infections of the fetal membranes and amniotic fluids, and eye infections in newborns.

Most women do not show symptoms of chlamydia. However, some signs to watch for are:

Your doctor will test you for chlamydia through a urine sample or cervical swab. Antibiotics taken orally will treat the infections. Chlamydia can be prevented by practising safe sex and using condoms.

Syphilis is another sexually transmitted infection (STI) caused by the bacteria Treponema pallidum. Syphilis during pregnancy can harm the unborn baby. It can cause preterm childbirth, miscarriage, and even death of the newborn. Syphilis can also cause anaemia, meningitis, skin rash, and nervous system problems in the newborn.

Symptoms of syphilis include:

If left untreated or undiagnosed, stage 3 symptoms of syphilis include damage to organs like the heart, brain, nervous system, and eyes.

Syphilis is routinely screened for during pregnancy. It is treated with antibiotics. Early detection and treatment will help prevent the baby from being harmed, because if left untreated, there is a very high chance that the infection will be passed on to the baby. It is best to prevent syphilis by following safe sex practices, using condoms, not having multiple partners, and getting yourself and your partner tested regularly for STDs.

Several of the common vaginal infections during pregnancy have similar symptoms. Check with your doctor as soon as you see any signs of an infection, so that you can be diagnosed accurately and treated right away. Early detection and treatment ensure that your unborn baby is safe. The best way to minimise the risk of contracting vaginal infections during pregnancy is by maintaining good personal hygiene, wearing comfortable and breathable underwear, keeping your genitals clean and dry, practising safe sex, and getting tested early on for STDs.

Previous article « Blood Test for Pregnancy Confirmation – How Does It Work?
Next article Dyslexia in Children – Causes, Signs and Treatment »