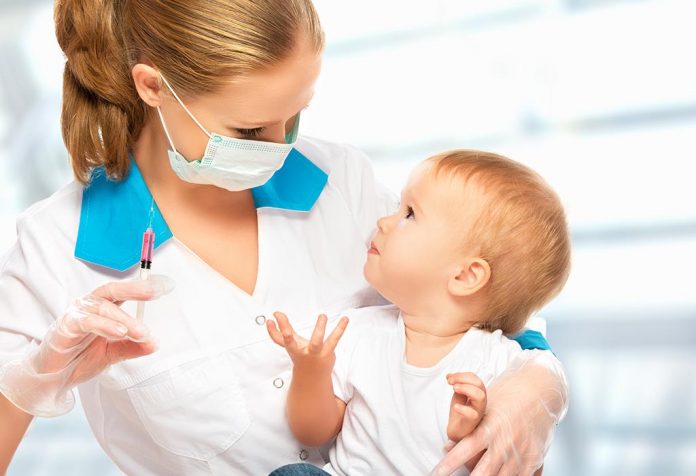 Despite the worries we have when a baby gets the chickenpox, modern medicine has ensured that this disease will not cause any long-term harm. It is, however, a disease associated with a lot of inconveniences and unpleasant symptoms for the affected. Keep yourself up to date with the disease symptoms and why you should ensure that your child gets the prescribed dose of the Varicella vaccine.

Chickenpox or Varicella is a contagious, viral infection. It most commonly afflicts young children and common symptoms include itchy blisters all over the body, fever and loss of appetite. Headaches and fatigue are also symptoms of chickenpox, along with swollen lymph nodes and sore throats.

What Are the Types of Chickenpox Vaccine?

The vaccine is of two types. One is a chickenpox only vaccine, which contains a weak version of the virus. The other one is a combo of vaccines for measles, mumps, rubella and chickenpox.

Who Should Get Chickenpox Vaccine?

Children should get the chickenpox vaccine, and also adults who involved in healthcare and jobs that require them to be near children. Non-pregnant women of child-bearing age are also recommended to get the vaccine. Older children and adults who are living with younger children can also take the Varicella vaccine. 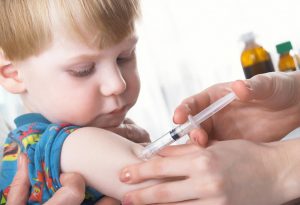 Benefits of Chickenpox Vaccine for Infants

The chickenpox vaccine is very effective and should be administered to young children. Here are some benefits of the vaccine:

With every generation, the disease is less prevalent because of wise adoption of vaccines. Children are now less likely to be exposed to the disease because of the vaccine’s effectiveness.

How Safe is Chickenpox Vaccine for Babies

There are no major risks for babies from the chickenpox vaccine as it prepares their immune system against severe infection. A consultation with a doctor is recommended to check if the baby has certain allergies that may interfere with the treatment.

There may be a bit of soreness and swelling at the place of injection. Getting the vaccine for chickenpox is recommended because it is safer than getting the disease itself, not to mention the inconvenience caused by the latter scenario.

Older children and adults can also be given the vaccine, for them, the time between the two shots should not be more than 4 to 8 weeks.

How the Vaccine is Given

Each Varicella vaccine dose is administered by subcutaneous injection and is around 0.5 ml. There are two doses.

Who Should Avoid Getting Vaccine Varicella?

Pregnant women should not get the vaccine, as its effect on the child has not been substantiated. There is a gelatin-free version of the vaccine, for those who are allergic to gelatin. Subjects who suffered an allergic reaction from the initial shot should not go ahead with the next one, and those allergic to neomycin also need to avoid the vaccine.

Others who need to avoid getting the vaccine include those who were involved in a blood transfusion process in the previous five months, patients being treated with steroids, and patients undergoing certain cancer treatments.

Is Varicella Vaccine a Live Vaccine?

The Varicella vaccine, named after the virus that causes chickenpox, is a live vaccine. It is derived from an attenuated sample. Attenuated viruses are very weak, but enough to cause the immune system to respond. 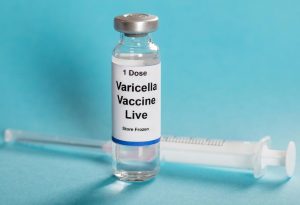 Can You Still Get Chickenpox After Vaccination?

The chickenpox vaccine protects children from future severe infections. Small minorities of children do get infected again, but this is a milder form of the disease, characterized by lower fever, fewer blisters and a very fast rate of recovery.

Are There Any Risks of Chickenpox Vaccine?

There are no serious risks to babies when they contract the chickenpox. In severe cases, side effects of chickenpox vaccine in babies can include bacterial skin infection, pneumonia and swelling of the brain (encephalitis).

It is extremely rare for pregnant women to contract the chickenpox and most of the afflicted recover well with no side effects on the baby.

Chickenpox was so common that it was part and parcel of growing up – it was considered a rite of passage. Now with vaccination and high levels of immunity amongst the population, children do not have to face this so often. It is essential to continue the vaccinations and protect your child from the discomfort and symptoms of the disease.

Start Your Mornings with These Simple North Indian Breakfast Recipes

Cold Shower or Hot? Find Out Which One is The Best For Your Health!