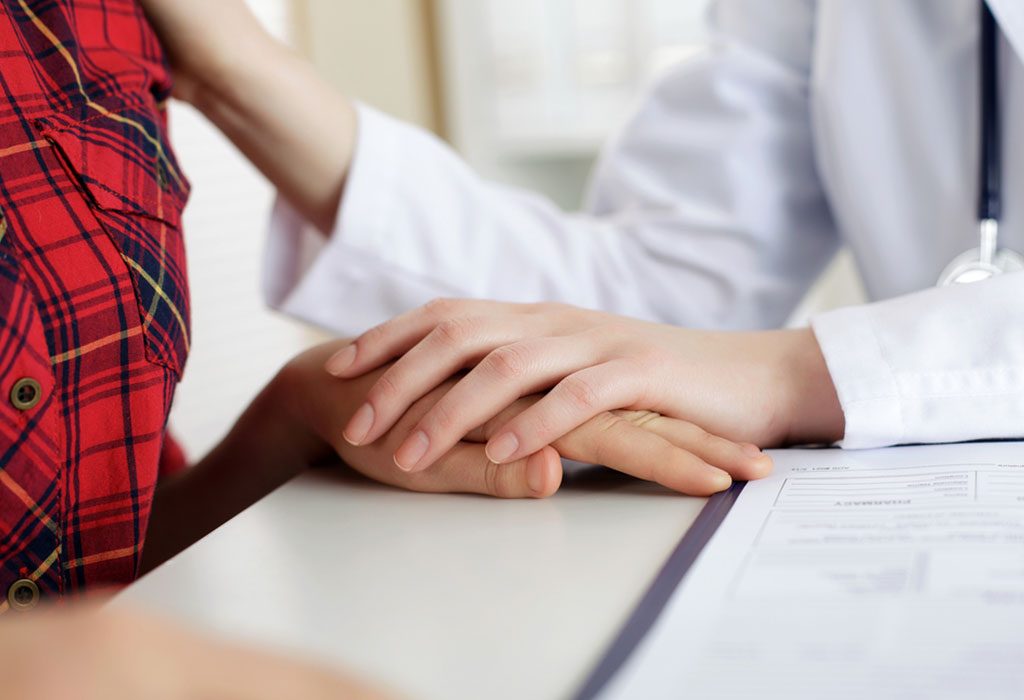 A chemical pregnancy is a term used for a condition where an early miscarriage occurs within the first five weeks of the pregnancy. It accounts for 50% to 70% of all miscarriages and is characterised by heavy bleeding close to the time of your expected period after receiving a positive pregnancy test. Read on to recognise the symptoms of a chemical pregnancy, and how to deal with one if it happens to you.

What is a Chemical Pregnancy?

At an early stage, chemical pregnancies usually go unnoticed as they are similar to the monthly periods. However, women who are trying to conceive and are tracking their ovulation can notice the changes that indicate a chemical pregnancy. Also, a chemical pregnancy after an IVF is a good sign that the woman can get pregnant, and further attempts could be successful.

What is the Difference Between a Chemical Pregnancy and a Miscarriage?

Fundamentally, a chemical pregnancy and a miscarriage is the same thing; the only difference between the two is the time of loss. They are both losses of a pregnancy but occur at different stages in the baby’s development. When a woman has a miscarriage after conception, but before the foetus has begun to develop, it is called a chemical pregnancy. The time typically is around three to four weeks when the woman’s body is producing enough hCG to give a positive pregnancy test. At this time a gestational sac or placenta hasn’t begun developing yet to be detected by an ultrasound scan. Hence the term chemical, as the pregnancy is only confirmed by a chemical test. Doctors would call a pregnancy loss after six weeks or more a miscarriage, as an ultrasound scan can detect the foetus.

What Happens During a Chemical Pregnancy?

The fertilised egg takes about 6 to 12 days on an average to implant itself in the uterus. At about this time, the cells in the uterus that would later develop into the placenta, begin to produce the hormone hCG in amounts that can be detected in a home pregnancy test. It is still too early to detect the embryo or the gestational sac with an ultrasound, but the pregnancy is positive. After this stage, several factors can lead to the loss of pregnancy with one of the major factors being the health of the embryo. During conception, the sperm cell fertilises the egg to form a single-celled embryo called a zygote. The zygote begins to grow by cell division, and during this process, sometimes mistakes and abnormalities occur in the copying of the chromosomes. This process is random and can happen to anyone and is thought to be behind most of the losses at this stage.

It is a chemical pregnancy when you test positive for pregnancy, and experience heavy bleeding and menstrual-like cramps afterwards. Consulting a doctor is imperative at this point as ectopic pregnancies also have similar characteristics and can be dangerous.

There are no specific methods for treatment of chemical pregnancies; however, there are a few tests your doctor would ask you to undergo to assess your situation. The follow-up tests will look for the hCG hormone levels, and whether they have returned to normal or not. The doctor will also look for tubal or ectopic pregnancy. If the couple is facing multiple chemical pregnancies, the doctor will look for a treatable cause such as an infection or a uterine abnormality. The treatments in such cases include

Can You Prevent a Chemical Pregnancy?

Unfortunately, there are no methods to prevent a chemical pregnancy in the general population. However, if you have a medical condition that predisposes you to one, the condition can be treated to improve your chances.

When Can You Try to Get Pregnant Again After a Chemical Pregnancy?

Ovulation and conceiving after chemical pregnancy are possible as early as two weeks after the miscarriage. But it is recommended that you wait for at least one normal menstrual cycle before trying to become pregnant again. Also, it is better to run tests to screen for any medical problems before trying again.

Other Important Things You Should Know About a Chemical Pregnancy

Also Read: A Guide To Uterus Abnormalities During Pregnancy