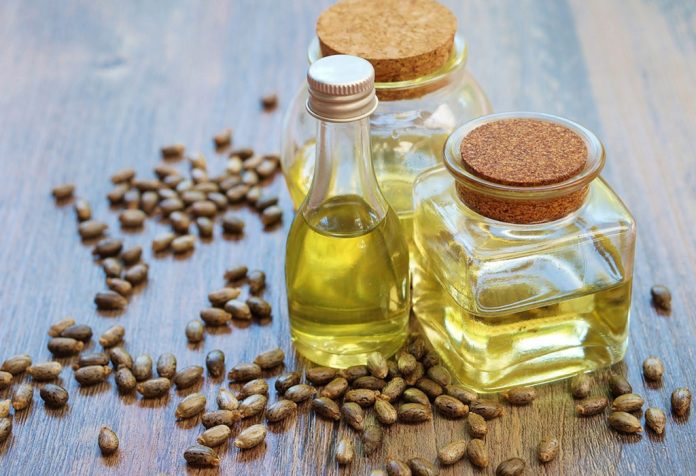 In some cases, labour induction may become necessary, notably, if the pregnant woman has exceeded her full pregnancy term of 40 weeks and the contractions haven’t begun. One of the popular tricks often propagated for inducing labour is the use of castor oil.

However, the known common side effect of castor oil which is nausea is not something a pregnant woman would desire during the time of her delivery. Besides, it is always advisable to consult a doctor before experimenting with any such method of labour induction to avoid possible pregnancy risks. The following article may help you make an informed decision regarding taking castor oil during pregnancy.

What is Castor Oil? Castor oil is a bright, thick vegetable oil extracted from the seeds of castor beans or Ricinus communis. It primarily includes a fatty acid called Ricinoleic acid which is believed to be chiefly responsible for its medicinal properties. Despite the fact that conclusive scientific evidence in this regard is scanty, still for many years now, castor oil has been used for treating numerous disorders like constipation, certain skin issues, easing pain and soreness.

Nonetheless, castor oil has some non-medicinal uses like it is used as a preservative and flavouring agent. It is a common ingredient in skin care items and cosmetics like soaps, shampoos, and lipsticks. It is also used in the manufacturing of dyes, paints, plastics, and fibres.

Castor oil is commonly found in India. The consistency of castor oil is similar to that of the cooking oil and is nearly tasteless. But it is known to have some nasty side-effects like diarrhoea, nausea and even acute dehydration.

Is it Safe to Use Castor Oil during Pregnancy?

Medical research conducted on the subject of castor oil uses for pregnancy shows wide-ranging conclusions. The various studies which have been conducted to analyse the use of castor oil for labour induction do not reveal any noteworthy difference in the kind of birth, vaginal or caesarean or the duration of labour. Neither has any scientific studies found any conclusive evidence indicating enhanced complications during delivery. The primary concern was individuals displaying varying tolerance levels to the discomfort caused by the use of castor oil at the time of birth. In some cases, women experienced nausea while some experienced diarrhoea that lead to dehydration.

Thus, some may endorse castor oil benefits for pregnancy especially in cases where a pregnant woman has crossed the 40 weeks mark while others look at it with concern and forcefully caution against its use.

Besides, doctors have started using other reliable and effective methods of labour-induction which guarantee success. Moreover, if you have a difficult pregnancy, you may want to refrain from using castor oil and seek medical advice instead.

The use of castor oil for inducing labour is based on the notion that castor oil has laxative properties and when consumed it stimulates the bowels and causes the uterus to contract. Furthermore, the ricinoleic acid which is the main constituent of castor oil attacks the prostaglandin receptors in the womb and intestines, causing them to contract. It is also believed that castor oil affects the fluid and electrolytes absorption in the gut leading to diarrhoea which in turn may induce contractions.

How much Castor Oil is Required for Labour Induction?

Some people suggest ingesting nearly half a cup of castor oil while many recommend taking not more than 1 or 2 tablespoons at a given time. It is always wise to start with less and gradually increases the dose if required. This is because overdose may lead to acute diarrhoea and likely dehydration.

How to Consume Castor Oil for Labour Induction?

Castor oil can be consumed in many ways. It depends on the individual’s preference. Some of the ways are mentioned below:

How fast does Castor Oil Work to Induce Labour?

Definite results on the use of castor oil for inducing labour are quite diverse. In some cases, expectant mothers reported experiencing its effects and getting into labour within a couple of hours of taking castor oil while in some cases no effects were reported. In such cases, induction may happen over a period of few days, if at all it does.

However, the side effects may start to manifest within a few hours of consuming castor oil and can last up to 1-6 hours. But more detailed research is required to ascertain its effects and results.

Precautions to take before taking Castor Oil to Induce Labour

Certain precautions that may be kept in mind before consuming castor oil to induce labour are:

You may also like to consider other natural methods with less unpleasant side-effects for inducing labour.
Prepare your hospital bag and keep it handy.
Seek medical consultation in case of any doubt.

Doctors have mixed opinion on the possible side-effects of consuming castor oil for inducing labour. Some of the likely side-effects are listed below:

There have been cases where women have experienced no side-effects.
Therefore, it is suggested that you should consult your doctor before consuming castor oil.

Why is it suggested that Castor Oil be avoided during Pregnancy?

Some medical practitioners strongly recommend avoiding the use of castor oil during pregnancy. This may be because of some of the following reasons:

Can Castor Oil be used as a Laxative during Pregnancy?

Experts are divided on this issue, and more extensive research needs to be done. Some experts believe that castor oil can be used as a laxative during pregnancy while some are of the view that the laxative properties of castor oil not only affects the mother but equally effects the baby also. Therefore, using castor oil when pregnant may heighten the probability of meconium or baby’s earliest faeces being passed in the womb. If the meconium is inhaled entirely or even partially by the baby, it can block the airways of the baby and cause serious complications.

Depending on how your pregnancy is progressing, castor oil during early pregnancy can be an option. Nevertheless, some of the following alternatives to castor oil can also be considered:

You can use any one or a combination of the above options after discussing your condition with your doctor.

Preferably, if there are no medical compulsions, the sensible thing to do is to wait for labour to ensue naturally. But if you still wish to use castor oil for inducing labour, it is always wise to consult your doctor first. It is best not to worry unnecessarily and focus more on preparing yourself for the arrival of your bundle of joy.

How to Deal With a Gas Problem in Toddlers

How Oral Health Affects the Overall Health of Your Child