Home Pregnancy Signs & Symptoms Can You Detect Early Pregnancy With the Help of Cervical Mucus? 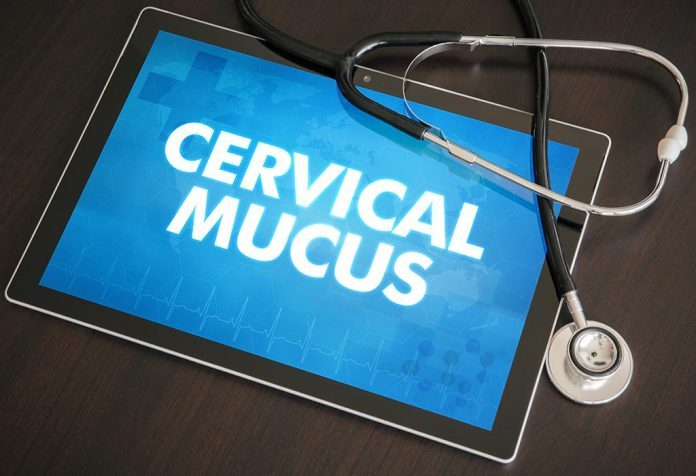 If you and your partner are planning to have a baby, then there are certain things (or changes) that you need to keep track of as they can give you the good news well before you bring home that pregnancy kit. Here we’re talking about the changes in cervical mucus. The consistency of a woman’s cervical mucus changes during the menstrual cycle. And when a woman ovulates, the consistency of the cervical mucus is different from what it usually is. If you keep a track of changes in your cervical mucus, you can find out whether you are pregnant or not. If not, then you can at least time sex to conceive soon. Find out how you can track early pregnancy with the help of cervical mucus.

What Is Cervical Mucus?

Cervical mucus is a fluid which is secreted by the glands found in and around the cervix, which is located above the vaginal tunnel. Its consistency changes throughout the reproductive cycle of a woman because of hormonal changes. It changes before pregnancy and even throughout the pregnancy. Cervical mucus is also referred to as ‘leucorrhoea’. Although leucorrhoea is an umbrella term given to all types of vaginal discharge, it is more commonly used to describe vaginal discharge during pregnancy. Vaginal discharge performs the functions of lubrication, cleaning, and maintenance of the healthy environment of the vagina. The changes in quantity, viscosity, and appearance of vaginal discharge depend on the phase of one’s menstrual cycle. It is thus a good indicator of ovulation and fertility.

Some women report increased vaginal discharge in the early days of pregnancy. This discharge, in the days after conception, appears either creamy or clear and sticky. However, it isn’t a fool-proof sign of pregnancy. Even when it is accompanied by other changes like breast tenderness and frequent urination, which are also the early signs of pregnancy, it is not a sure-fire way to confirm pregnancy.

The amount of cervical mucus during pregnancy varies. The production of cervical mucus increases during pregnancy due to increased estrogen and blood flow to the vaginal area; however, it is not noticeable until the eighth week. As the pregnancy progresses, cervical mucus increases too and forms into a mucus plug, forming a barrier to the uterus. This prevents any chances of infection. The vaginal discharge tends to decrease after the plug is formed during the course of pregnancy. However, it doesn’t stop altogether, and it again increases during the later stages of pregnancy. At the end of the pregnancy, when the cervix starts dilating and prepares you for labour and delivery, the mucus plug breaks down. It comes out of the vagina in the form of large clumps or in small quantities.

How Can You Check Cervical Mucus? 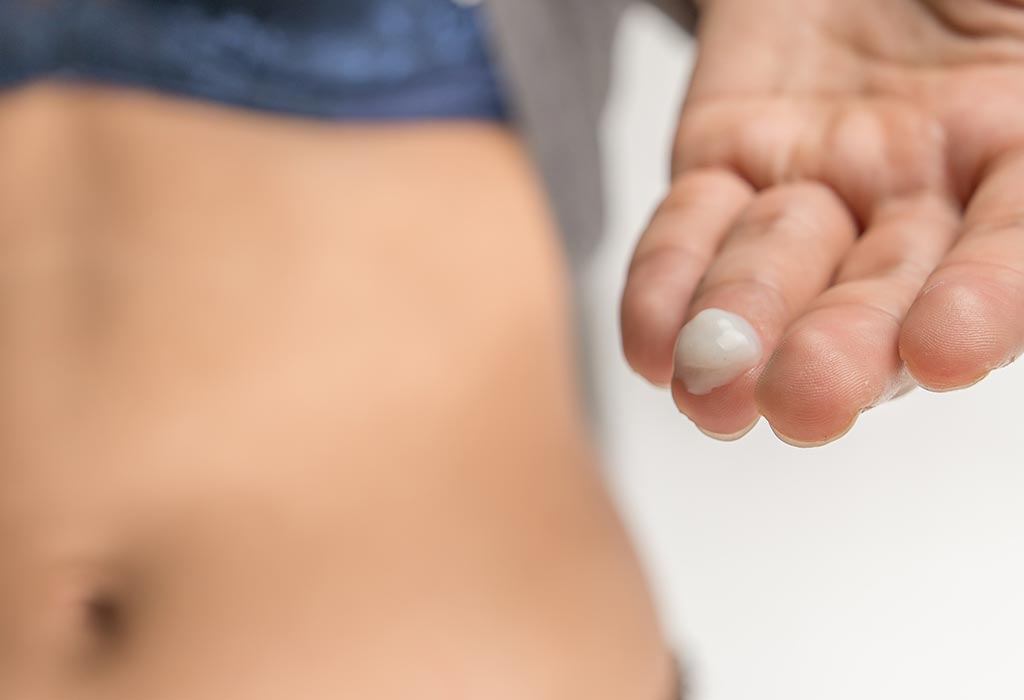 Checking your cervical mucus can be an accurate way to track your menstrual cycle and pinpoint the days on which you are ovulating. There are three ways to check your cervical mucus. However, do wash your hands thoroughly before and after performing the methods mentioned below.

The following are the typical results that are found throughout a menstrual cycle:

What If You Notice Pink or Brown Cervical Discharge?

Some women have pink or brown spotting sometime between the 6th and 12th day of pregnancy. This is termed “implantation bleeding”. It is thought to be triggered by the action of the fertilized egg sticking onto the wall of the uterus. However, it isn’t really clear if that is the reason behind it. Brown discharge is usually noticed when the period ends and it is usually a cleaning mechanism which involves getting rid of old blood. A pinkish-brown discharge could be because of various reasons, and pregnancy is one of them.

What If You Notice an Increased Discharge Before Periods?

If you have been keeping track of your cervical cycle for months now in order to get pregnant but notice abnormal discharge, you should seek a doctor immediately. An abnormal discharge could be a symptom of an infection and do know that it would only come in your way of conception. So consult a doctor in the following situations:

1. If you notice yellow or green mucus discharge
2. If you have a smelly discharge
3. If there is a burning sensation in your vagina

If you have been tracking the changes of your vaginal discharge over the course of your cycles for some months and have found it to be more or less consistent, then you may be successfully able to observe changes in cervical fluid during early pregnancy. However, changes in cervical mucus is not a clear sign of pregnancy and by no means reliable. It is prudent to wait until you have missed your period and conducted a pregnancy test to confirm conception.

Caring for Your Little One After They Get Their Vaccination Shot