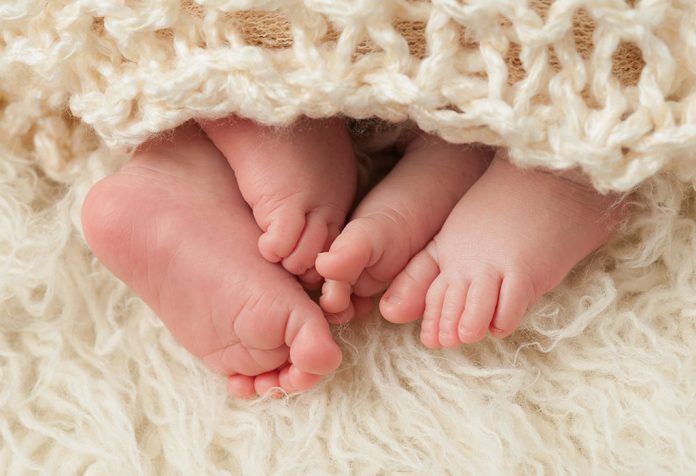 Being parents is a tough job itself and having twins is like stepping up the challenge without asking for it. A lot of things need to be re-thought once you have more than one baby at the same time, right from feeding them to taking care of them and getting them to sleep as well. Most parents wonder can twins sleep in the same crib or should they have separate beds or separate rooms to grow up in. The future decisions of rooms can be taken once they grow up, but as babies having them sleep together is a coin which has two sides, benefits and risks.

Should Your Newborn Twins Sleep Together?

The answer to this question has several parts and a lot of dependencies as well. Generally, when the kids are newborns, then having the twins to separate together is generally not an issue. The movements of the babies are restricted anyway and there are fewer chances they would end up disturbing the other. This works even when one child is crying and the other is sleeping since the infant sleep cycles are pretty deep and they tend to sleep through rather easily. However, as your twins start growing up, then the chances of one disturbing the other begin to increase, and you might have to rethink your decision of keeping them together.

Benefits of Making Twins Sleep Together Having your twins together in the same crib or the same room has a lot of benefits for the babies and for you as well.

Disadvantages of Making Twins Sleep Together

For a baby, having a companion is one of the best things to happen to him. However, the twins might begin to have some problems when they are together, especially as they start growing up.

Should Twins Co-Sleep in the Same Cot?

Co-sleeping in the same cot works towards the benefit of the twins, especially in the newborn stage. The initial sense of security and comfort is extremely essential for a baby when he enters a new unknown world. The presence of the twin can make the baby feel like being in a womb all over again, and keep each other calm. This can change as the twins grow up and you might have to switch them to separate beds.

The switching could be your own decision or you could take it once the babies start making it evident themselves. This can manifest in incessant crying, or one baby accidentally hitting the other, or a general sense of discomfort throughout.

Risks of Sharing a Crib for Twins

With twins sleeping together, SIDS is a very valid risk that you might be exposing your babies to. Sudden Infant Death Syndrome (SIDS) is usually the reason why parents are advised to keep their baby in a separate crib, and not have him sleep in the same bed as themselves. However, this applies to twins sleeping together as well, since conditions might arise where the babies sleep in a weird position, which could end up restricting the supply of oxygen to either baby and lead to death by suffocation.

When to Make Twins Sleep Separately

Having a large crib works to your advantage if you have twins. This allows them to stay together for a longer duration as they will have enough space within the crib. However, if you start seeing signs where the babies end up hitting each other due to their reflexive kicking and hand movements, or you begin to feel that space itself has gotten a little constricted, the time is ripe. Move your baby into separate cribs, but do ensure they spend some time together throughout the day.

There are a few tips parents can be aware of when they feel overwhelmed and challenged by having twin babies who sleep together.

When figuring out for how long do twins sleep together, there is no conclusive answer. As long as each baby has enough space for itself and is comfortable where it is, the twins can be together. Having a companion to grow up with is a rarity and your twins will soon have an unbreakable bond between them that will be cherished for life.