Breast Milk Production Process - What Should You Know?

Breast Milk Production Process – What Should You Know?

Breast Milk Production Process – What Should You Know? 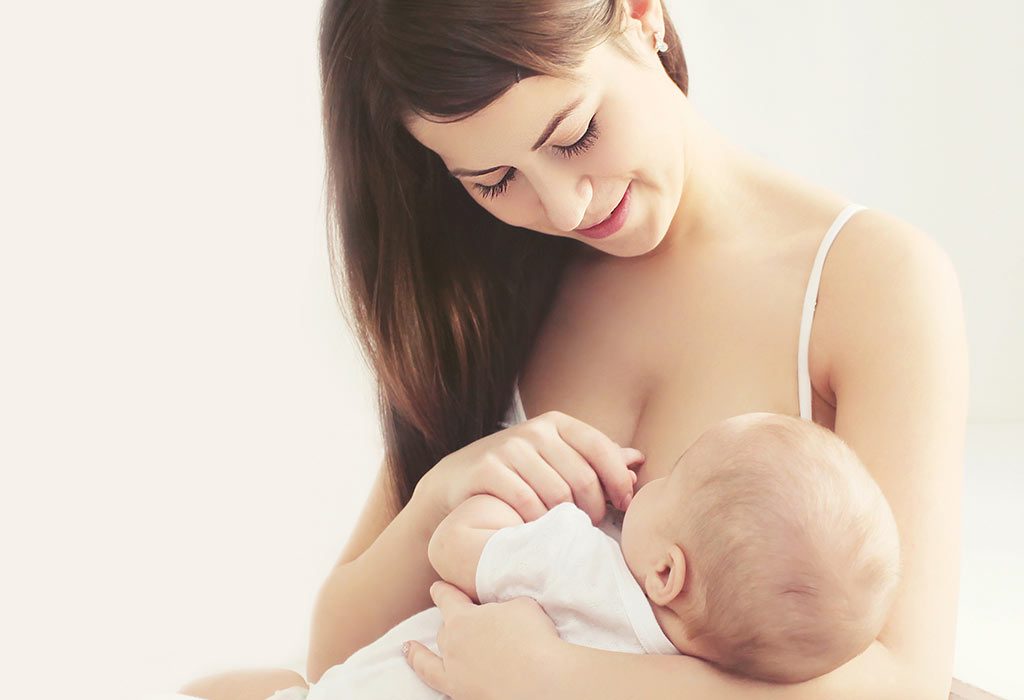 Breast milk is a complete food for newborns and babies. It is highly recommended that you breastfeed your child for the first few months as the nutritive and immunity-boosting properties of a mother’s milk cannot be replaced. During your pregnancy, signals are sent to your breast tissues to start maturing in order to produce milk for the baby. But how does the body actually know how and when to make milk? This article will help you understand the anatomical, physiological, and physical changes involved in a mother’s milk production.

When Does the Breast Milk Production Start?

Female milk production begins during pregnancy itself, where it is driven by hormone systems. However, the whole process is a bit more complicated than that.

This is the process of breast maturation, which begins during puberty and is finally completed during pregnancy.

Here, the mature breasts begin to produce colostrum, a milk-like substance you will read about below. Breasts feel swollen and tender at this stage, which can occur at any time between the second trimester and before birth.

This occurs in the first week of birth. Breasts begin to feel “full”, due to the production of large amounts of milk within the first twenty-four hours of childbirth.

Unlike stages I and II, which are completely controlled by the endocrine system, this stage is governed by the autocrine system. Here, breast tissues are in control of milk synthesis. The production of milk at this point depends on the removal of milk – that is, a supply and demand process. As long as the baby breastfeeds, milk will continue to be produced.

When the baby is weaned, usually after a year, the breasts stop making milk entirely. 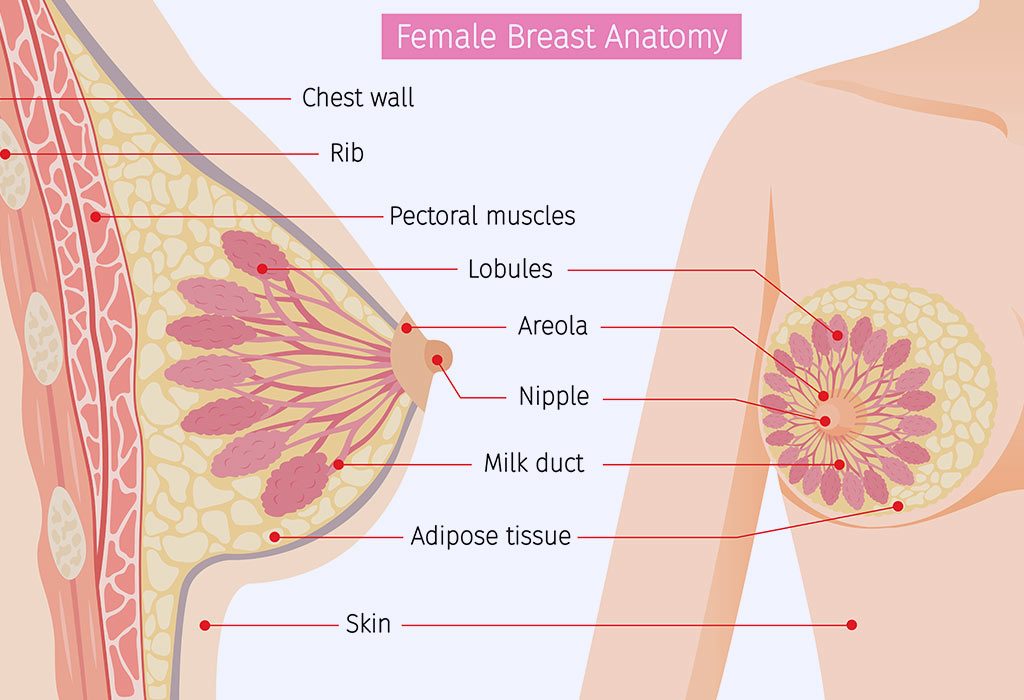 How Do Your Breasts Produce Milk?

Now that you know the different stages of the breast milk production process, we will help you understand the biological mechanisms that explain how breast milk is produced. It begins with the secretion of progesterone and oestrogen, which are stimulated by the placenta. These hormones then course through the body, making the milk ducts in your breasts, swell up and grow larger. In fact, you might expect your breasts to increase in weight by as much as seven hundred grams each. The milk ducts further branch themselves into smaller tubes known as ductules. At the tips of the ductules are lobes, which are grape-bunch shaped sacs composed of single units called alveoli. There is one milk duct for each lobe and around fifteen to twenty lobes per breast. Upon stimulation by prolactin, another hormone, the alveoli absorb carbohydrates, amino acids, and other nutrients from the blood, which are then used to produce milk.

Increase in Production After Childbirth

After your baby is born, the placenta is expelled from your body. This causes a jump in the levels of oestrogen, prolactin, and progesterone. This, in turn, ensures enough blood enters the alveoli in order to create food for the baby. You might feel a temporary ache or soreness in your breasts due to the sudden engorgement, but this discomfort can be easily relieved in the first few days of breastfeeding. First-timers might see a delay in breast milk production after delivery compared to women who have given birth before.

Colostrum is a creamy, thick, yellowish fluid secreted from your breasts in the first few days after childbirth. It is rich in proteins, antibodies, and vitamins, but has negligible amounts of carbs and fats. It is crucial to breastfeed your child during this time a minimum of eight to sixteen times a day, as colostrum is absolutely essential for your baby. The antibodies present in your colostrum are required to develop your baby’s immune system. They also have laxative properties, allowing your baby to expel the first greenish-black faecal product known as meconium.

How Does Breast Milk Flow from the Mother to the Baby?

The flow of breast milk is stimulated by the baby. When they suck your nipple, the force generated is recognised by mechanical receptors in the nipples and areolas. These receptors then transfer this information via electrical signals to the pituitary gland, which begins to secrete oxytocin into the blood. When oxytocin reaches the breasts, it makes the cells around the alveoli to shrink, squeezing the lobes and pushing the milk into the ductules. The milk eventually reaches the ducts, and in combination with the negative pressure created by your baby’s sucking motion, leads to milk emerging from the nipples. This is known as the let-down reflex. 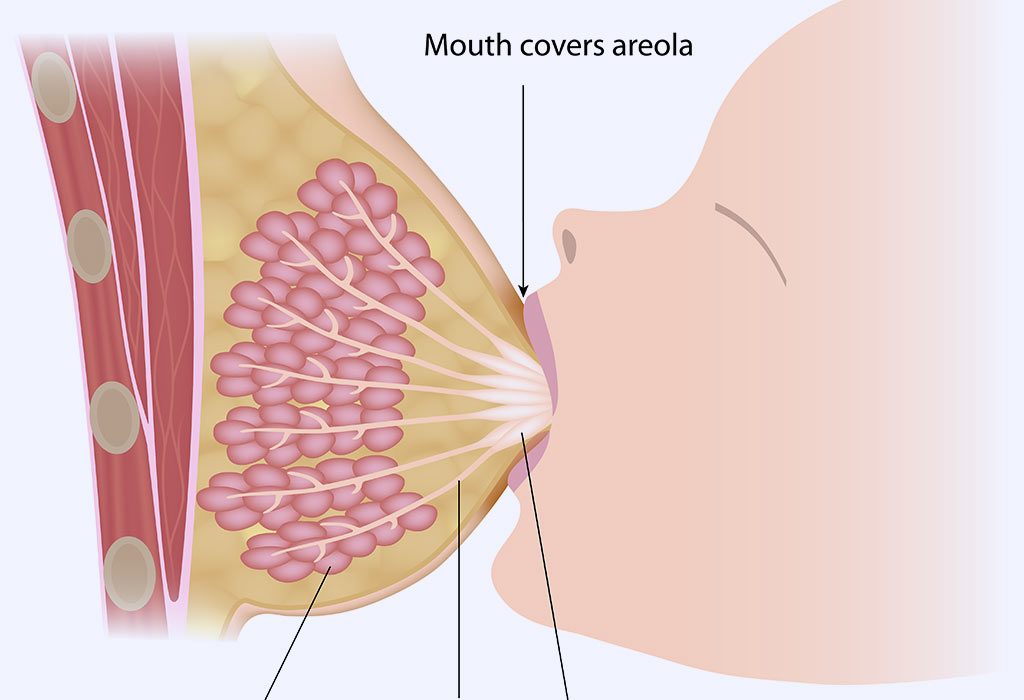 When Can You Start Breastfeeding Your Newborn?

There is no minimum time before you can start breastfeeding your little one. It is possible to do so even minutes after the baby has been born. Newborns are quite talented when it comes to locating the nipple.

How Much Breastmilk Is Produced and Stored After Breastfeeding?

There is no consistent set of rules that regulate the production and storage of milk after breastfeeding. The yield of milk produced is influenced by various factors, such as time, emotional state, breast storage size, time of day, age of the baby, and so on.

Any form of stress, anger, or strong emotions can cause the release of epinephrine hormone, which slows down the flow of milk.

The capacity of your breasts varies from woman to woman and is actually related to the number of milk glands rather than the overall size of the breasts.

It has been observed that most mothers produce milk during the morning than at any other time of the day. In response, babies simply breastfeed for longer durations in the evenings and at night to get the milk they need. If you need to pump milk, however, the ideal time is around an hour after the first morning feed.

Newborns in the first week drink less than 50 millilitres per feeding. This intake more than doubles in around a month’s time, with each feeding being around 100 to 120 millilitres. At this point, the baby is drinking approximately a litre of milk a day. When your baby begins solid food, they will naturally drink less and less milk until they are weaned completely. 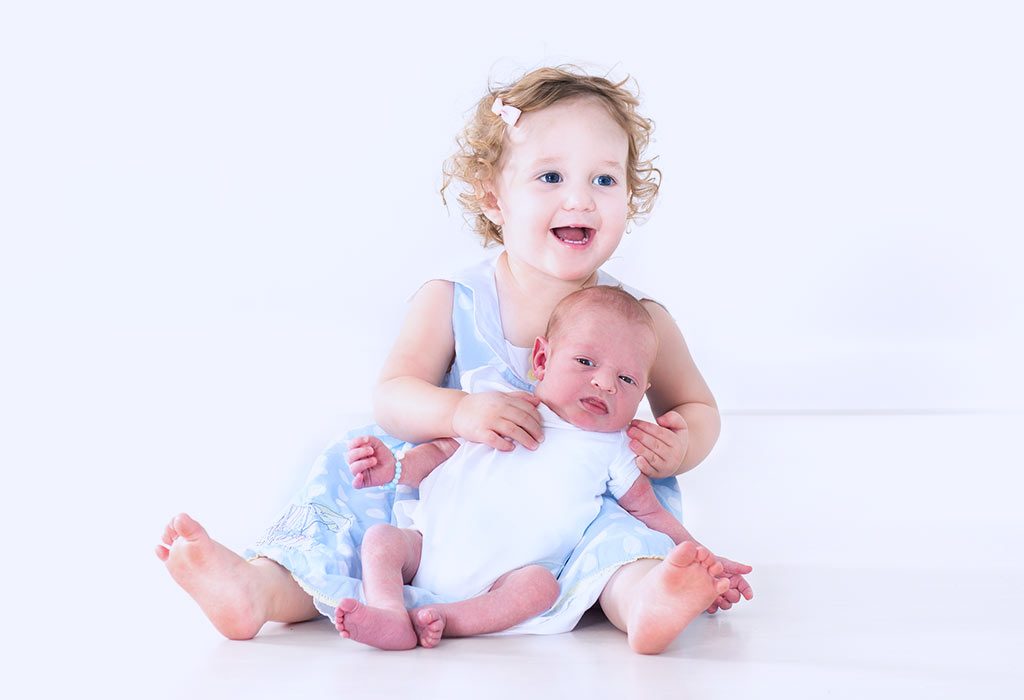 What Is Hind Milk and Fore Milk?

Fore milk is produced at the start of a breastfeeding session. It is dilute and has a hint of blue colour to it. Its function is mainly to quench the baby’s thirst. Hind milk is released at the end of the nursing session. It is creamy as it has a high amount of fat. Its role is to help your baby gain weight and feel satisfied. There is no clear point at which fore milk changes into hind milk, as it happens gradually.

After the delivery, it is important for you to establish a solid support network composed of family members and friends. They can provide both encouragement as well as emotional help during this period. If you are a first-time mother, please understand that breastfeeding does not always occur as expected. Sometimes there can be troubles with milk flow, breast infections, baby refusing milk, and so on. None of these problems are permanent, even if they feel like they are at that point. There are several great online sources that can help you with any breastfeeding-related topic. If you are concerned about something, you can always consult your doctor. Finally, it is essential that you maintain a healthy, balanced diet supplemented with enough hydration. After all, until your baby stops depending on your breast milk, you are still eating for two.

Previous article « Infantile Hemangioma – Causes, Complications and Treatment
Next article How Long Does It Take To Get Pregnant? »