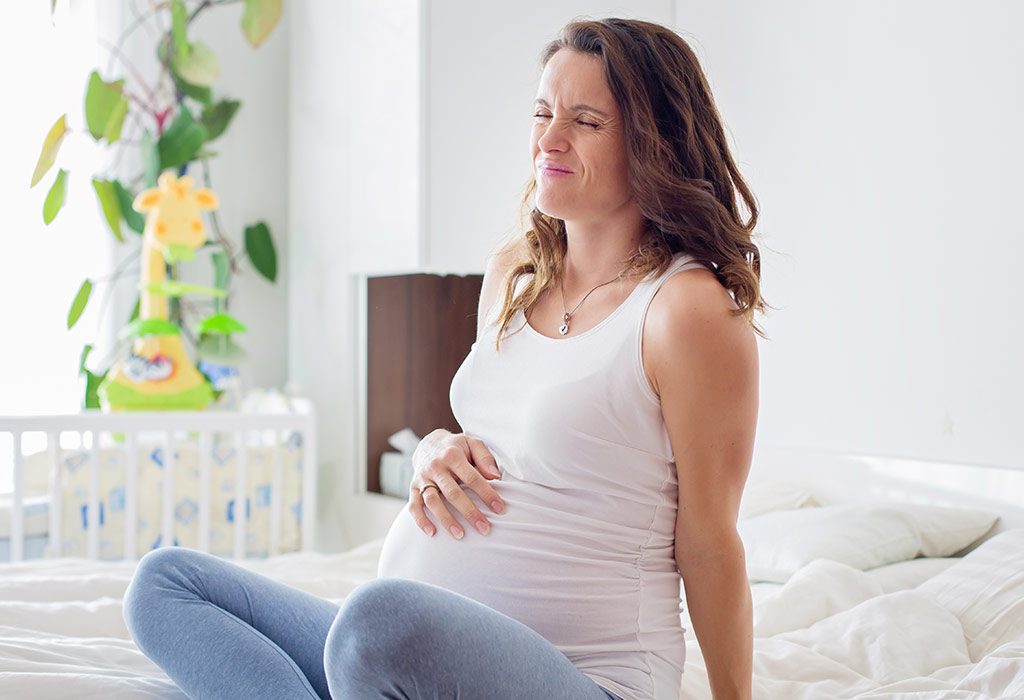 Bleeding can occur at any stage of pregnancy. It is frequent in the first trimester and you may notice spotting or a heavy flow. Vaginal bleeding occurs in up to 30% of all early pregnancies but poses no complications in most instances. However, experiencing vaginal bleeding in your third trimester is an entirely different ball game. This article will help you learn about its causes, treatment, and prevention methods.

Is It Common to Have Vaginal Bleeding in the Third Trimester?

If you experience vaginal bleeding in the third trimester, whether mild or severe, it is important that you consult a medical professional immediately. Bleeding or haemorrhage in late pregnancy and the risks associated with it are the most prevalent causes of pregnancy-related mortality of both, the mother and the baby. It affects around 10% of all pregnant women and is usually indicative of a more serious problem.

What Is the Difference Between Spotting and Bleeding?

Bleeding involves a heavy blood flow, requiring you to protect your underwear from staining by using a liner or a sanitary napkin. Spotting, on the other hand, is the leakage of only a few drops of blood, like you see right before your period starts and just after it ends.

Bleeding in late pregnancy is most likely due to a placental issue, but might also be due to problems with the vagina or the cervix. Some of the most common causes are:

Placenta previa refers to the condition in which your placenta falls onto the cervix, which is located below the uterus. It can sometimes hinder delivery as it creates a cervical blockage, preventing the baby from emerging. During the final weeks of pregnancy, when your cervical walls dilate to get ready for the baby, the placenta might tear, which may cause bleeding.

In this condition, the blood vessels of the foetus are located under the cervical tissue. When the cervix widens to enable delivery, these vessels can rupture, which may result in bleeding.

In some cases, the placenta detaches from the uterine wall, which is known as placental abruption. It only occurs in around 2% of pregnancies but might induce premature labour.

Your hormonal ups and downs increase the risk of contracting infections like thrush, herpes, vaginosis and chlamydia. These infections can lead to inflammation in the vagina, causing bleeding.

In this condition, the glandular cells that line the inside of the cervical canalform a red, inflamed patch on the outside of the cervix. The delicate cells on the outside produce more mucous and bleed easily, especially after sex or intense exercise. This may lead to bleeding or pain inlate pregnancy. Cervical ectropion is one of the most common causes of bleeding during pregnancy; however, itdoes not pose any long-term damage.

In some rare cases, the uterus might rip apart, forcing the foetus into the abdominal area. Due to its severity, this condition can be fatal for both you and your child. The risk factors involved in the case of a uterine rupture include previous surgical procedures done on the uterus, such as caesarean sections.

Bleeding during the 9th month of pregnancy could be due to early labour, which might occur due to the stretching and tearing of the cervix while trying to dilate. In case of premature labour, you may observe some vaginal mucous in the blood, indicating that your baby is ready to be born. 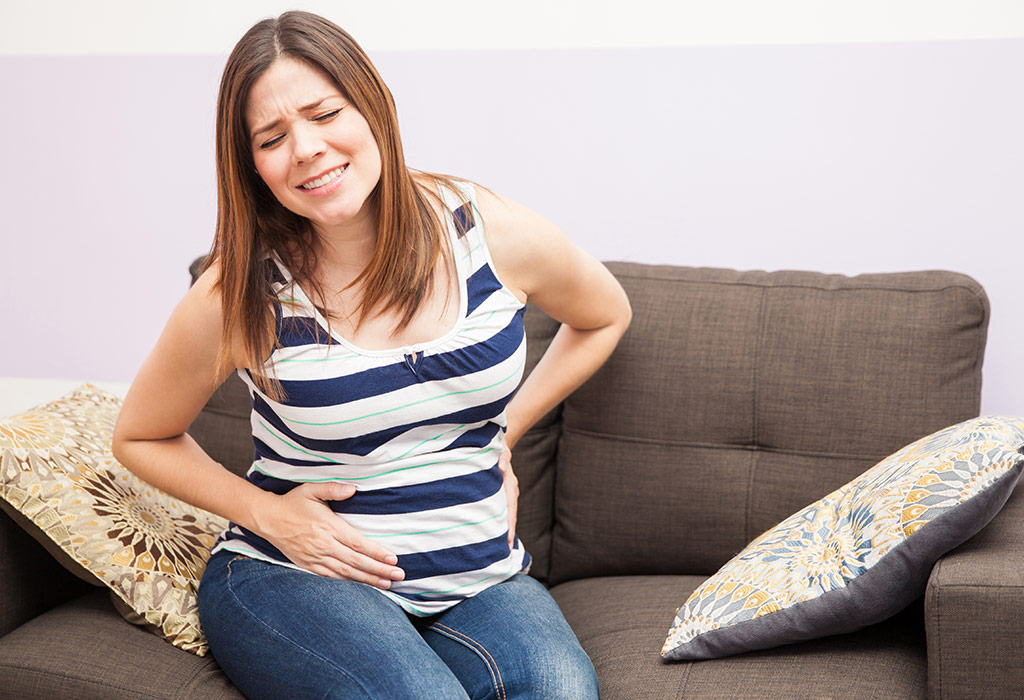 Bleeding in pregnancy is linked to several symptoms that require immediate medical attention. Some of the symptoms are given below:

Methods to Diagnose the Causes of Bleeding in Late Pregnancy

There are two main methods to diagnose the causes of bleeding in the later stages of pregnancy. They are:

First off, your doctor will review your medical history to check whether you’ve had any infections or congenital disorders like haemophilia, and also, to check whether you’ve consumed tobacco or not. He might also ask you questions about any symptoms you might be experiencing, as well as their severity and frequency. You will also have to inform him about your previous pregnancies, miscarriages, placenta previa, placental ruptures, abortions or C-sections. 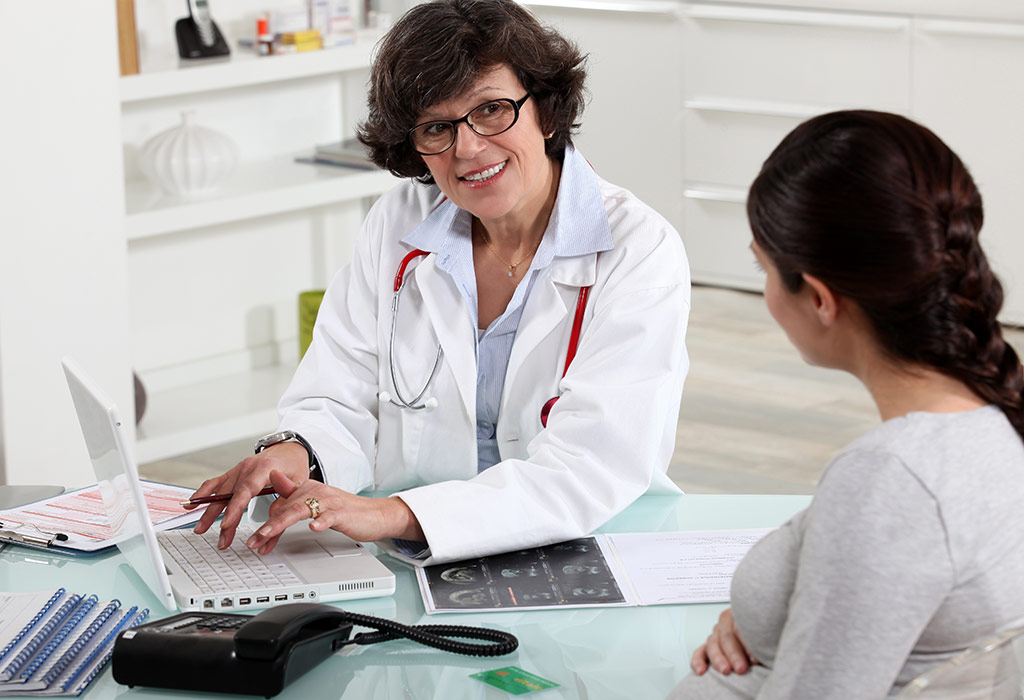 Firstly, your doctor will check your blood pressure. Your cervix and vagina will be examined for any soreness or injuries, including a qualitative and quantitative measurement of pelvic cramp pain. A microbiological examination of your vaginal tract will also be done to rule out the possibility of any infections. In the third trimester of your pregnancy, an abdominal ultrasound scan will be performed to test for placental problems like placenta previa or abruption. The ultrasound can also detect whether the foetus is growing somewhere other than the uterus, such as a fallopian tube. This is known as an ectopic pregnancy and it can cause bleeding if the fallopian tube tears. Finally, the doctor will check how much your cervix has dilated with a finger examination.

Bleeding in late pregnancy might require round-the-clock monitoring for sepsis, anaemia, and foetal stress. Blood transfusions might also be required if there is heavy and consistent blood loss. Although you may prefer a vaginal birth, your doctor will insist on a caesarean surgery as the likelihood of bleeding due to uterine rupture will be decreased. If you are yet to reach the 36th week of pregnancy, you might have to undergo premature labour. In this case, your doctor will prescribe steroidal medication to hasten the development of your baby’s lungs, so that he can learn to breathe outside the womb. In some cases, the uterus may have to be removed via a hysterectomy; although the damaged uterus can be surgically fixed in some cases.

Your doctor will ask you to take bed rest until delivery. Douching, using tampons, and having sex will not be recommended if the bleeding doesn’t stop. If you still experience symptoms such as recurrent bleeding and abdominal pain for a few days after being treated, contact your gynaecologist again.

Self-Care Tips to Try at Home

Bleeding during early pregnancy requires you to take it easy, avoid intense exercises, and stay hydrated. However, if you bleed in the third trimester, taking care of yourself at home or trying out different remedies won’t help. It may result in serious complications and hence, it is suggested that you contact your doctor immediately. 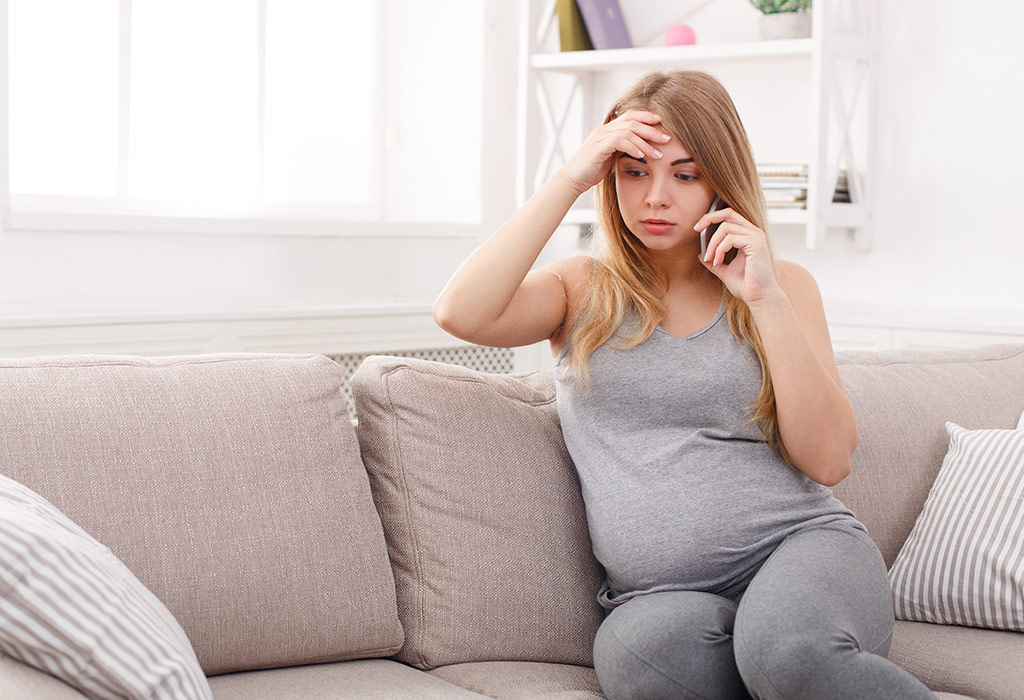 Preventive Measures You Can Take

Bleeding during pregnancy can be prevented by –

Bleeding in any trimester of pregnancy might have complications, so don’t hesitate to consult your doctor if you observe vaginal bleeding or spotting. Also, seeking medical help for bleeding in late pregnancy is non-negotiable. With timely care and support, there is no reason why you should not have a perfect and successful pregnancy.