Bangles, Bindi, Payal...Do You Know The REAL Purpose Behind These 8 Indian Accessories?

Bangles, Bindi, Payal…Do You Know The REAL Purpose Behind These 8 Indian Accessories?

Bangles, Bindi, Payal…Do You Know The REAL Purpose Behind These 8 Indian Accessories? 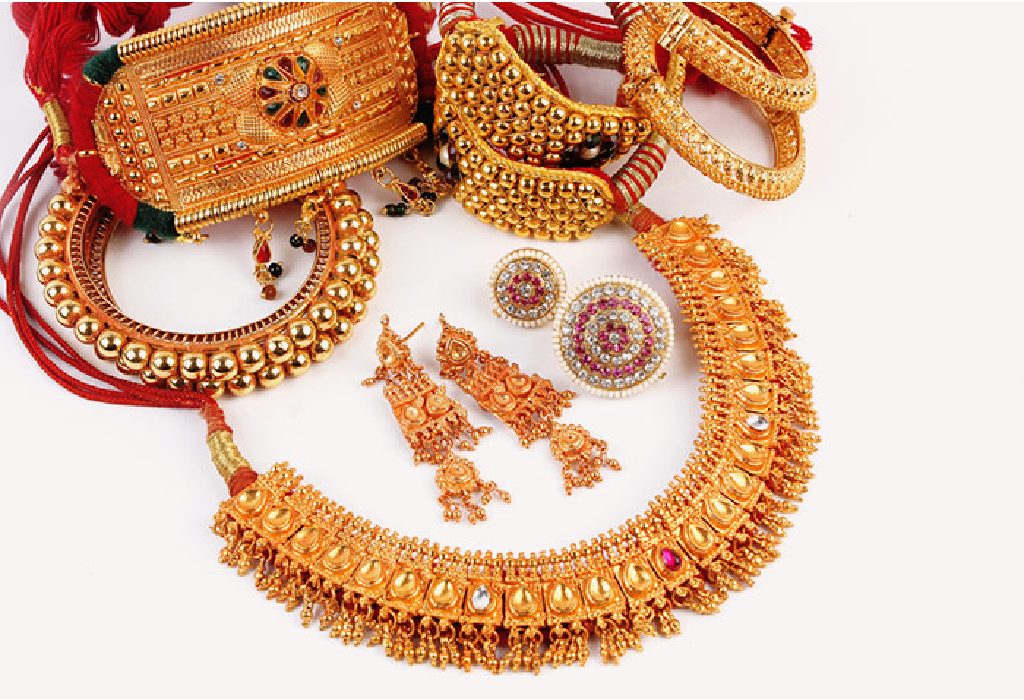 Many of the fashion accessories that we love so much actually stand for beautiful meanings. These meaning have their roots in the ancient times, when wearing them wasn’t just fashion but a question of love, safety and faith. Read on to find out the significance of these 8 Indian accessories in our culture. It left us amazed!

Bindi, the small dot we sport between our eyebrows, originates from the Sanskrit word ‘bindu’. But did you know the significance of bindi?

A bindi is associated with the mystical third eye of a person and refers to the higher consciousness! When adorned by married woman and in red colour, it is a sign of true love and prosperity. The bindi also has a special significance on religious occasions and festivals.

Today, while the colour of a bindi may have lost significance, it is still considered to be an intrinsic part of Indian culture.

While nose rings originate from the Middle East and were brought to the subcontinent by Mughal emperors, they have a special significance in Indian culture too. Women wear bridal nose rings or nose rings with chains as a sign of marital status. Often, large nose rings are considered to be an indicator of the wearer’s affluence as well.

But did you know that as per Ayurveda, women who get their nose pierced experience less pain during child birth? The spot is associated with the female reproductive organ.

Bangles of various styles have been worn since ancient times by women in the Indian Subcontinent. The bangles history is quite rich and royal! From steel to glass, different regions have bangles of different materials.

The first meaning of bangles is the one we are familiar with: marriage. Newly wed brides, especially from parts of North India, wear the ‘Chuda’ bangles as a sign of their marriage. But bangles are also said to increase blood circulation and maintain energy due to their shape!

It was earlier considered to be a necessity for women to wear bangles for getting married, though it isn’t the case anymore. However, we still wear bangles at festivals and occasions.

This one we know very well, thanks to Bollywood movies and Indian TV shows! The Mangalsutra, worn only by married women, is a symbol of love and commitment made by a couple when they are bound in the holy institution of marriage. The importance of mangalsutra can be understood from the words it is derived from – the word ‘mangal’ means holy while the word ‘sutra’ means thread.

The black beads in a mangalsutra are said to provide protection from evil powers. A woman, it is said, should continue to wear mangalsutra throughout her husband’s life as a sign of goodwill of her husband and the prosperity of her family.

Today, while wearing/not wearing a mangalsutra is a matter of personal choice, it remains an accessory of beauty and charm.

Did you know that as per ancient Indian culture, the feet are considered to be the humblest and the most impure part of the human body, as they touch the ground? Payals, used to adorn them, are a sign of devotion to the wearer by her/his family.
As infants, both males and females are gifted payals but males outgrow them. This is because, in addition to devotion, payals also signify femininity.

Another interesting thing is that payals are made of silver, not gold. This is because gold is considered to be the symbol of the goddess of wealth, i.e. Lakshmi and wearing it in the feet is seen as blasphemous.

The mang tikka is the jewelry used to adorn the centre parting of the hair. From ornate to simple, different cultures of India have different styles of mang tikkas and each of these variations has a different meaning.

The mang tikka is generally worn by young women who are married or are to be married soon. The mang tikka is an essential bridal accessory as it symbolises the union of two souls. It falls on the spot of the ajna chakra – a symbol of the sacred union of man and woman in all aspects.

Toe rings are accessories worn on the second toes of the each feet. They are generally placed by the groom on the bride’s feet during their wedding ceremony. Similar to the payals, toe rings are made of silver because gold ornaments on the feet are considered disrespectful. Silver is also said to absorb energy from the earth and pass it to the body.

Finally, this one we love! Though the Hip Belt or the Kamarband is not as common today, it was worn by women in the olden days to avoid saturation of fat on the waist area and help maintain her figure. Isn’t that amazing?

The old kamarbands were thick and heavy like a belt. However, today, kamarbands are considered to be a fashion accessory and are thinner with a naval pendant to flatter the waist of the wearer.

Do you wear any of these accessories in your day-to-day life? Which one is your favourite? Do tell us in the comments below.

Previous article « 4 Common Habits That Can Give Moms a Skin Rash
Next article Natural Ingredients That Let You Have Mommy Super Powers! »