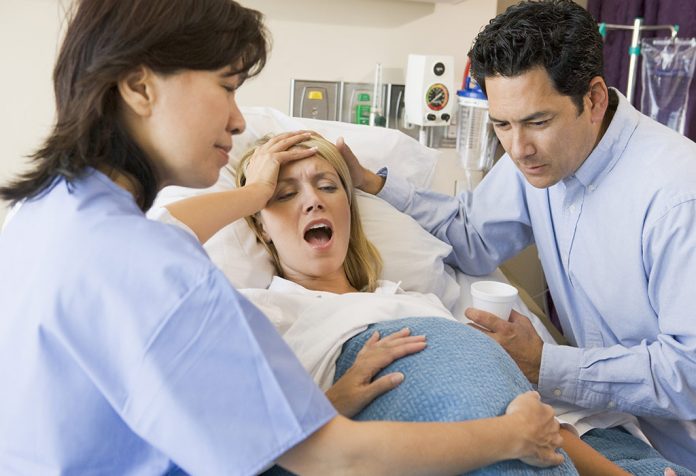 Pregnancy can be a difficult time; one with a tumultuous amount of questions and disproportionately few answers available. Questions about labour are especially hard to tackle. There are few sources which detail the various intricacies of labour, and the possibilities of what can happen during the moment of reckoning. One of the most common terms every expectant mother must have heard is ‘the baby’s head is engaged’, but few know what it means. Let’s take a look at what it means, its symptoms and its effects. We have also tried to answer as many questions as possible to help you understand the topic a little more.

Baby’s Head Engaged – What Does It Mean?

When one says the head of the baby is engaged, it means the baby has dropped lower in the womb, and his/her head is lodged/engaged in the pelvis of the mother. This occurs late in the third trimester, close to the day of labour. Mothers are the first to notice since they find that they are able to breathe easily and can eat larger amounts without feeling full so quickly.

Why Does It Happen?

A ligament called broad ligament is present around the uterus and carries out the function of supporting it during pregnancy. This ligament loosens and softens towards the end of the third trimester, resulting in the baby being able to drop down deeper into your belly. Normally, the head of the baby presses down towards the opening; however, the hips move lower in the case of breech babies, into the new space created after the ligament loosens. Engaging of the head of the baby occurs only in one among three babies.

When Does It Happen? In most cases, babies tend to move down around the 34th or the 36th week of pregnancy. However, in some cases, this does not occur until labour. Therefore, it is important to understand the circumstances when a baby’s head would not get engaged. The points given below will help you gauge the same.

How to Identify If the Baby Is Engaged in the Pelvis?

There are many symptoms that signify the baby is engaged in the pelvis. Therefore, it is not especially hard to notice if the baby’s position has dropped. Mothers most often find people around them noticing the change because when the baby is engaged, the belly hangs lower than before. This usually means that they will be going into labour soon. They will also find it easier to breathe and will be able to eat more without feeling full. However, sitting for long periods may turn out to be uncomfortable, and their gait also changes into a waddle. Some mothers-to-be would also experience back pain and stronger false labour contractions.

How Long Does It Take to Go Into Labour After the Baby Is Engaged?

There is no exact answer to this question. The time can vary enormously, even in the case of different pregnancies of the same woman. Doctors say that it is not true that an engaged baby is a sign that labour will occur sooner, nor is it problematic if the engagement does not happen at all. However, it is a good sign of smooth labour if the head of the baby goes down in the third trimester, even if the head is not engaged properly.

What If the Baby Engages Too Soon or Does Not Engage at All?

Factors like frequent pregnancies, a small baby, or breech baby, can cause engagement of the head sooner. This could essentially warn you that the baby will be born prematurely. Sometimes, the pelvis may be small or the baby’s head too big for engagement to occur. This does not indicate any problem in the pregnancy; however, if the baby is lying transversely or obliquely, engagement might not occur during the pregnancy, and vaginal birth must not be attempted in this case.

Is There a Way to Intentionally Engage Unborn Baby’s Head During Pregnancy?

People come up with all sorts of exercises for a baby’s head to engage, but the question as to whether they actually work remains unanswered. The best way to promote engagement of the baby’s head is to relax and stay as comfortable as possible during the later stages of pregnancy.

Will You Need a C-Section in This Case?

There is a misconception among mothers that they will need a C-section if the head of the baby is not engaged adequately. This is wrong. In many cases, the head of the baby does not engage until the mother is far into labour. Caesarean delivery is necessary only if the baby is too big for your pelvis or if you have a pelvic abnormality. It is done only after the doctor deems it to be necessary for a smooth labour. The baby’s head engaging has nothing to do with a c-section.

Engagement of the head of the baby is a frequent occurrence in mothers-to-be, as one in three pregnant women witness their child engaging. However, it is not compulsory for the head to engage during pregnancy, as it occurs only during labour in most cases. So, there is nothing to worry about either way. However, if you do notice your baby’s head getting engaged, you must still seek medical consultation as you may go into labour or might need some medical advice to get through till labour.

It’s Us vs. the Problem – We’re Both on the Same Side