Home Baby Health Baby Shaking Head From Side to Side – Is It Normal?

Your baby’s first year is marked with several milestones that relate to his reflexes and motor skills – that first smile, the first time he sucks his finger, the first time he lifts his leg, even that lovely sound of blowing raspberries! But when you see your baby shaking his head, it may be a cause of concern for you. You may wonder if he is too little to be shaking his head. In most cases, by the time your baby turns one month old, he will be able to turn his head slightly all by himself. As he grows, his motor skills will increase proportionately and the muscles around his neck will develop to help him turn his head.

Video: Baby Shakes Head Side to Side – Reasons & When to Worry

It is by the time babies turn 9 months old that they can start shaking their heads from side to side. While it is normal in most cases, sometimes it could indicate a neurological or developmental disorder. This article lists the common reasons why babies shake their heads and when it is a cause for concern.

Why Do Babies Shake Their Head From Side to Side? 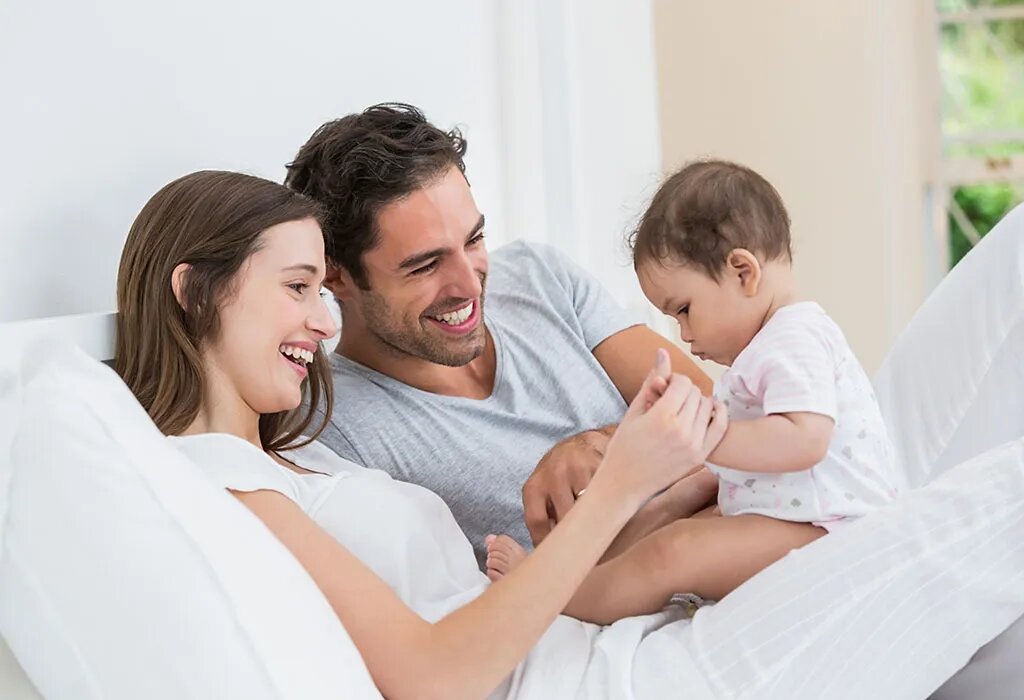 When your baby shakes his head, it is just a sign of playfulness and interaction. If babies show normal signs of growth, they will be able to shake their heads to signal ‘yes’ or ‘no’ by the time they turn one. Most often, during the first few weeks of life, babies display jerky movements as they develop control of their muscles. As a parent, you will definitely be worried if you see your baby shaking his head from side to side all of a sudden. If you notice babies above 6 months shaking their heads, then it may indicate that they are trying to communicate with you. Communication isn’t just the only reason, but one of many. Let’s take a look at a few reasons why babies shake their heads and which reasons can be a cause for concern:

1. Taking Control of His Body

Most babies start shaking their heads as part of gaining some control over their bodies. Their muscles are developing, and they try to imitate every action of the people around them as they discover more about their own bodies. So if your little one does try to shake his head, don’t fret; he’s just learning and testing to see how his body works.

Ever seen your baby shake his head from side to side when sleepy? Well, this may be one of the reasons. Babies shake their heads to soothe themselves when they are tired, to fall asleep. The constant movement causes dizziness and rocks them to sleep within a few minutes. So if your baby is shaking his head while sleeping, it could be a trick he’s using to doze off.

3. Suffering From an Ear Infection

Your baby might shake his head when there is an infection in his ear or when his gums hurt, to feel more comfortable. It is quite common for babies to shake their heads from side to side while teething. While the shaking of the head is normal, if you think your baby is running a temperature, has a cold, or is teething, then it is worth seeking medical advice for his problem.

4. Trying to Latch on While Breastfeeding

Most babies shake their heads when they nurse and are trying to latch on. Once they are used to the routine, they may continue shaking their heads in excitement. It is advisable to support your baby’s head as he nurses during the first three months of his life. It helps to control his muscular reflexes so that he can learn to latch on easily.

5. Shaking His Head While Playing

Babies do shake their heads while playing. You may find your baby shaking his head while on his tummy or his back. The shaking of the head may be one of the things he picks up from his interactions with others. Within 6–8 months, you will find your baby impersonating the behaviour and actions of his peers or siblings at home.

6. Testing How Much They Can Move

Babies are a little daring and will be curious to test how much they will be able to manoeuvre their bodies. When they are around 5–6 months old, babies will start rocking their heads or even their bodies. Although it may look a little scary when your baby shakes his head a lot, it is perfectly normal as it is a precursor to your baby trying to figure out a way to sit up. These kinds of rocking and shaking behaviours are only brief spells that last for a few minutes alone.

Myoclonic head jerks or spams can be seen in babies during epilepsy. These are short seizures that can affect any part of the body and may cause children to turn their necks or heads. Myoclonic jerks are usually sudden, forceful, and can happen multiple times in a day for several days. Since the jerks indicate a serious neurological disorder, they should be evaluated by a paediatrician as soon as parents notice such behaviour.

9. Due to Shudder Attacks

Shuddering attacks are extremely rare among young babies. However, in rare cases, these may occur spontaneously and may make a baby shiver or shake. When these movements extend to the head, these may make the baby shake their head.

Repeated movement, including shaking of the head and certain other signs, could indicate that your baby might be on the autism spectrum. Generally, when your baby shakes his head from side to side, it’s not a sign of autism; however, it is good to pay attention to discover other signs that do not seem normal. These strange behavioural patterns can be often observed by the time your baby is 18 months old. Most children who are not autistic will grow out of these types of behaviour by the time they turn 3 years old. The following signs are more typical of babies who are on the spectrum.

Babies who don’t interact much with parents and siblings, have a lack of response to their name or sounds, hold an unusual gaze, and display no interest or response to smiles may require medical intervention.

A perfectly healthy child will use active gestures and hand movements to communicate. Most 7-8-month-old babies point to things and also make sounds to express themselves. Babies with autism will not be able to use gestures appropriately and will also have poor voice quality.

3. Deterioration and Loss of Key Skills

Babies with autism will have poor language skills and comprehension skills as they develop. They will make less eye contact with people and rarely interact with others. This symptom is generally observed between 9-12 months of age.

Babies with autism may display repeated movements and strange behaviour with no signs of learning new things. It should be a cause for concern when your baby exhibits such symptoms.

If your baby bangs his head on the wall, crib or even uses his fists to hit the wall in spite of being bruised, then you definitely have reason to worry. He may even shake his head violently during moments of anxiety or frequently for a long time.

If your baby does not reach the developmental milestones for his age on time, it could indicate that he is on the autism spectrum.

How to Stop Your Baby From Shaking His Head

Constant shaking of the head could cause drowsiness or dizziness in your baby. Follow these tips to get your baby to stop shaking his head:

Do not pay attention when he shakes his head, and show no reaction that can fuel him to do so further.

2. Track the Frequency and Duration

Time the moments and duration for which your baby shakes his head. Based on your findings, you’ll be able to figure out whether it’s a constant, recurring phenomenon that needs your attention or if it’s something you can ignore.

Sometimes, certain triggers in the environment around the baby can cause him to start shaking his head. Try to bring about a change to the environment where you notice your child doing this action the most. If that doesn’t work, it’s best to take him to a calm and stress-free place.

Relax your baby’s muscles with a soothing oil massage to calm his reflexes.

If your child exhibits the following signs and symptoms along with shaking his head continuously, it’s best to get medical advice from a professional.

Babies and toddlers often do weird things when they try to soothe themselves. When they are falling asleep it is common to see them banging their head, playing with their hair or yours, stroking their ears, belly, or private parts or even rocking themselves from side to side. Your baby moving his head from side to side rapidly is not strange and is normal. However, it is best to be safe than sorry. If you notice your toddler shaking his head side to side or if your baby tilts their head to one side occasionally and exhibits other symptoms mentioned above, then consult a doctor. Otherwise, it’s just another fun thing your little one will do for a while – till he finds something new to do!

The Story of My Miracle Pregnancy

32 Weeks Pregnant with Twins or Multiples