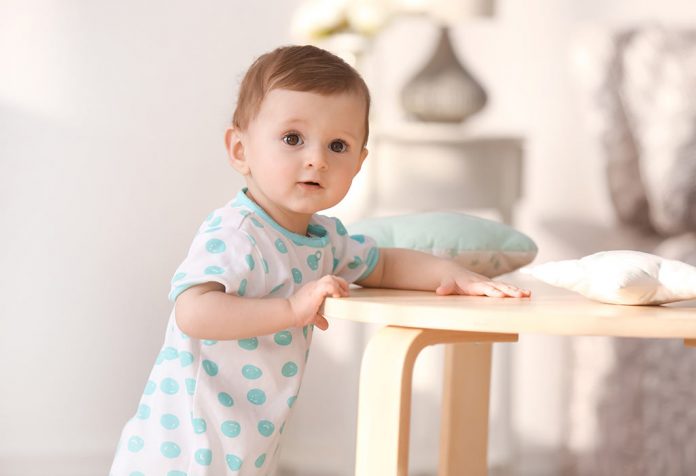 Once he begins showing signs of standing up, you need to encourage him and provide the positive support he needs to stand up.

When Do Babies Usually Stand Up?

Babies generally attempt to stand up around the age of 9 months. A lot of parents are generally not aware when do babies stand so it is important that you keep a close watch on your child and how he’s behaving. If he’s re showing signs of attempting to stand up with support, you need to be vigilant and help them out.

Generally, a baby’s standing age is somewhere between 9 to 12 months. Just like everything else at that age, standing up too is a process that has different stages. Babies tend to stand up at different stages until they can get up without the need for any sort of support. As you notice this, you will see your baby’s growth incrementally until he can begin walking without the need for any support.

How Do Infants Learn To Stand

As mentioned, infants learn to stand with the help of support and time. When they’re born, the babies display reflexes by pushing against surfaces with the help of their feet. It is important that you help them by supporting their head and holding them onto your lap. The baby will constantly try using his legs and while their instincts aren’t to walk, they do want to brace their legs. In the different stages of their growth, they show gradual signs such as:

When babies are newborn up till 2 months of age, they begin showing signs such as kicking their feet and wanting to brace their legs. Around this age, they’re still discovering their reflexes and won’t be able to walk realistically. It is important that you give them soft surfaces to feel their legs and stretch them out a little so that they can build up strength. 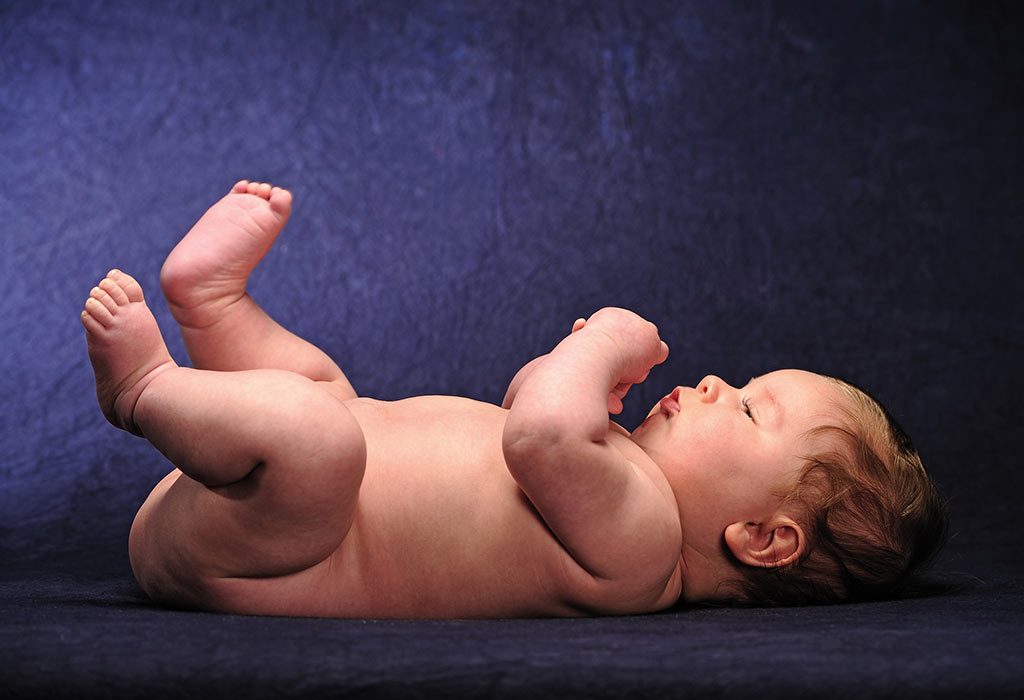 Around three to six months, babies’ reflexes get replaced by their first attempts at bearing some weight. Babies generally do not have enough strength by this age so they sag at their knees, similar to a drunk person. Within a few months, however, they will possess the strength to bear some weight and will even begin bouncing up and down when their feet touch a hard surface.

By around five months, you can see the excitement in babies as you aid them in standing up. They will begin looking around for approval. Obviously, over the long-term period, they will want to get onto their feet and become upright.

Balancing babies on their feet on your thighs with support is another way to help them discover the joys of standing up. They will bounce up and down with delight as you hold them up on your feet. While they do bounce, it is important that you restrict their bouncing time to around 15-minute sessions, three times a day.

Between the 6 to 10 months age, babies will start pulling themselves up by using furniture for support. If you keep them next to a sofa, they will hang on for some sort of support. This will be a big effort for them initially, as their legs are wide apart and the body will bend forward for some sort of support. It will be quite a challenge for the baby as they will grunt and try to strain themselves against the forces of gravity.

Sometimes, babies also teeter when they’re clutching the ends of the sofa and it is pretty obvious that they’re trying with all their might and their focus is entirely on one thing – to stand up.

During this phase, you can help your child out by clearing the space around from toys and sharp objects and even placing a few cushions to soften their blow if they fall down.

Falling down is a very important process for babies as they master the art of standing and eventually, walking. This process gradually begins around 6 months and as they’re standing, you’ll see them extend their arms out for support if they tilt off balance.

Within a month from this, they will learn to extend their arms forward so they can gently fall onto their front. By nine months, babies will find pulling themselves to stand up an easier process but they still won’t be able to lower themselves, falling backwards with a small bump. If you’re wondering when do babies stand with support, then you’ll find that around this time, they should be able to do so. 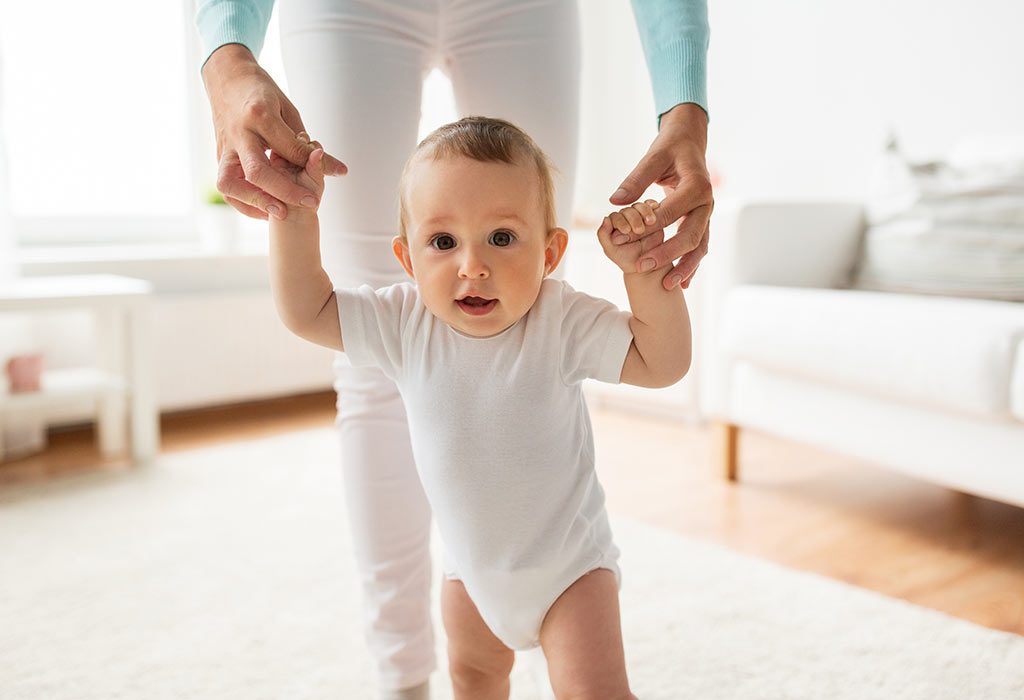 At this age, babies will begin learning how to bend their knees and even sit after a standing session. However, this is a lot harder for them than what we think. By the time they approach their first birthday, babies will be able to pull themselves up to stand as well as sit back down on the floor with a lot of confidence. At 12 months, they should be able to stand along for a few moments before sitting back down.

How Can You Help Your Baby Stand

While babies begin displaying signs of standing up, it is important that you provide them with the support they need. Here are a few ways with which you can teach a baby to stand:

Babies first show signs of wanting to stand up on their crib and the crib railings provide the perfect support to help stand up. They’re the perfect height and ideal to hold on to when standing up. Move the mattress to a lower setting and remove all toys so that the baby does not trip when he’s trying to stand up.

2. Help them balance on the stairs

Staircases are another place where they can learn how to stand up erect with less support. The short height of the step is perfect to help them stand up and to initiate this, you can place your baby in a seated position and encourage him to pull themselves up.

The same technique can be employed to help him crawl up and down as well. It is important that babies are supervised while they attempt these activities. 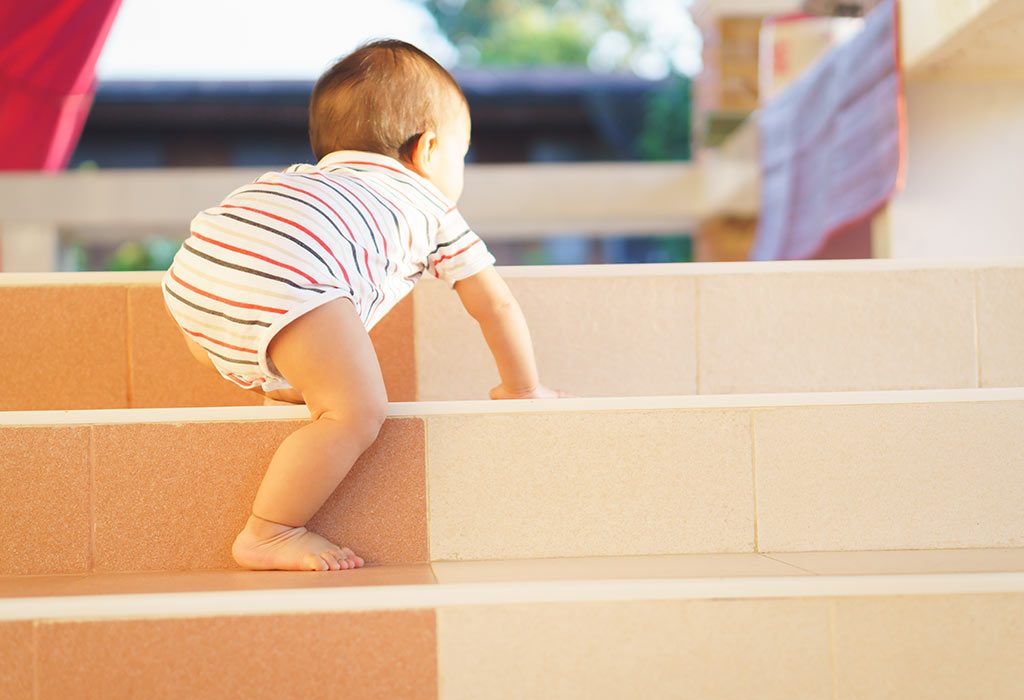 3. Provide them with safe furniture to stand up

Babies will try to use the furniture around them in order to help them stand up. It is important that you ensure that the furniture in the areas they generally use to stand up isn’t wobbly or dangerous that they can topple onto them. Furniture is very important for babies to use as support and they will use it often to help them stand up and walk.

By keeping a few of the baby’s favourite toys on the cushion of the couch at home, you will be able to develop enough intrigue for him to attempt to stand. As he views his toys on an elevated surface, he will try to stand up and get to them

5. Bouncing up and down

Bouncing your baby up and down is another way to help him stand up and support himself. Keep him in front of you and hold his hands as he attempts to bounce up and down with delight.

Push toys are another favourite for babies who want to stand up. First, they will attempt to balance themselves with the help of these toys before attempting to walk. It is important that you supervise them, however, as they could fall down in the process of standing up and leaning against the push toy.

Place cushions as barriers and create a path for your baby to walk. You can stand at one end of the path and clap your hands as you watch your baby attempt to walk towards you. There will be some stumbling but practising this for 15-40 minutes a day is a great way to ensure that they’re constantly practising walking. This is one of the best exercises to help baby stand.

What If There is Development Delay in Standing?

While most babies are fully walking by around 18 months, some babies take some time in order to begin the process. Some babies take longer to develop and this is the same when it comes to walking as well. There are a few medical conditions too that can contribute to this, including:

As mentioned, by around 18 months, paediatricians expect babies to stand, walk and sit down independently. 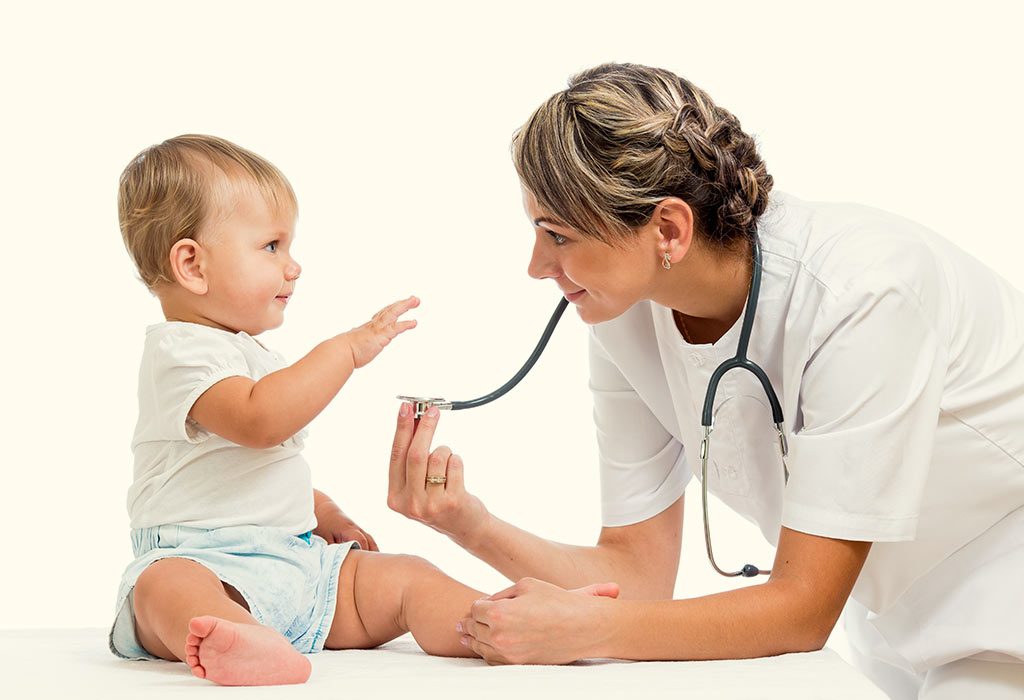 Once your baby has successfully mastered the art of standing and walking, it is important that he knows how to do so without your help. Babies become very adventurous once they’re able to stand up and walk so you need to stay alert at all times to make sure he’s not up to anything mischievous! Also, after he’s learnt how to walk and stand independently, the next step is to ensure running so you’ll have a lot on your hands to deal with.

Climbing and jumping are a few of the other activities that babies will begin discovering as well once they’ve learn how to walk.

Watching babies stand and walk is a real pleasure and is something that every parent loves to witness. Make sure you document the special moments as they’re attempting to stand up and you can show it to them later in life.

Ensure that you’re always around to support them whenever they need it and encourage them to attempt to do it on their own. With time, you will see them reacting positively to the support that you provide them and soon you’ll have your hands full trying to get them to sit in one place. 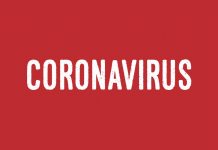 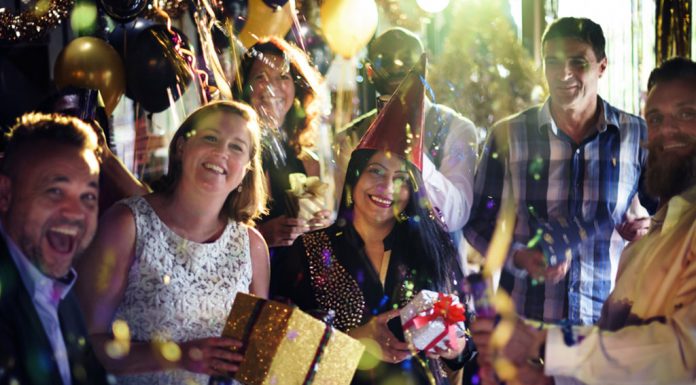 5 Pregnancy Celebrations That Will Get you Smiling

How to do Grocery Shopping on a Budget

Baby is Fake Coughing – What To Do?