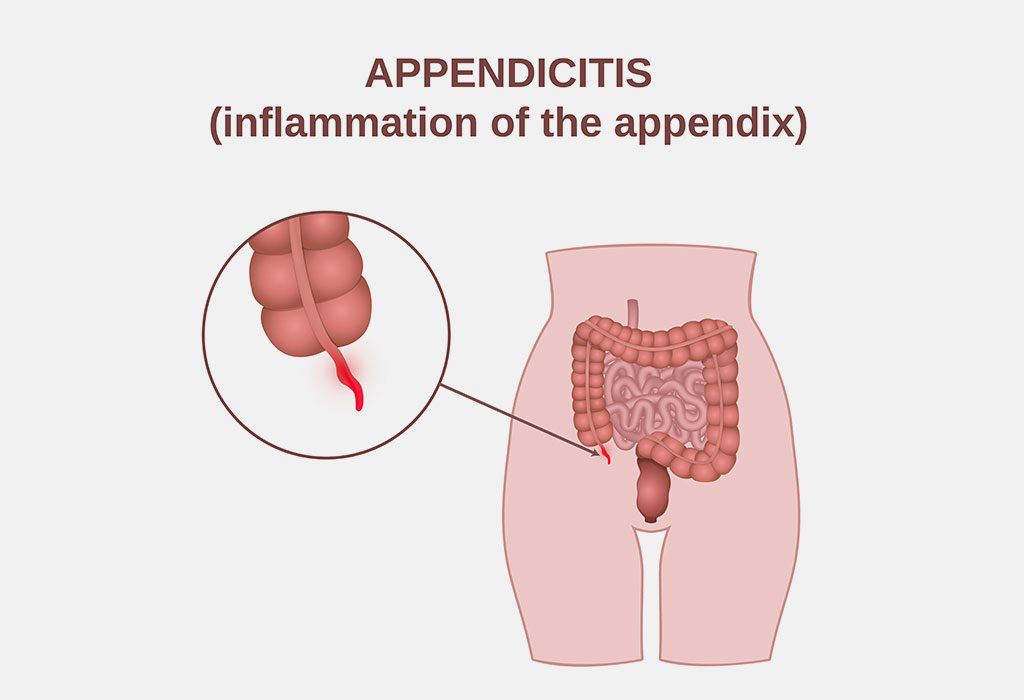 As soon as you find out that you are going to be a mother, the health of the baby becomes the most important thing in your life. Pregnancy is not the most comfortable of times, and great care is required to ensure that your baby remains healthy and free of any ailments. Among some of the common problems that pregnant women face is appendicitis, which occurs due to the inflammation of the appendix during pregnancy. While appendicitis can be a painful condition, it is not an incurable one. Appendicitis is common among people of all ages so that it can be treated and cured easily. However, the pregnancy sometimes complicates the process, so appendicitis during pregnancy must be tackled with utmost care and concern.

The appendix is a vestigial organ- meaning that it has no function or use in the human body- which is present in the lower abdomen area. The appendix is all that remains of the tail, which was gradually shed with evolution. It is also found to house beneficial bacteria, which can aid in the digestion of food in the stomach. The appendix, being a vestigial organ, is increasingly susceptible to inflammation, resulting in the condition called appendicitis. The inflamed appendix is also filled with pus and causes some real pain to the mother. The condition is not often seen in pregnant women, but it does pose a real risk to the health of the mother, and consequently, that of the baby. Any niggling discomforts must be sorted out by the mother-to-be, so you must definitely pay a visit to the doctor if you think that you have the condition.

Appendicitis can affect people of any age, ranging from children to the aged. Although the condition is not often observed in pregnant women, it can still strike during the time of pregnancy. Some of the common causes of appendicitis are:

– the blockage of the appendiceal lumen, or the surface, caused by various internal or external factors.
– the accumulation of faecal matter in the appendix, causing a blockage.
– the presence of intestinal parasites like pinworm, in the digestive system.
– the presence of calcified faecal deposits in the appendix, also known as appendix stones.
– ingestion of foreign objects, like bullets, pins or stones, which get lodged in the vestigial organ.
– infection due to some disease-proliferating bacteria, like salmonella, measles or Shigella bacteria.

Symptoms can really help you alleviate your fears about a disease, and get a clearer notion of the ailment affecting you. The most commonly observed symptoms of appendicitis in pregnant women are: The above symptoms might all indicate appendicitis, so any mother with even a doubt should consult the doctor quickly. The diagnosis of appendicitis is a tricky procedure, and the treatment is usually even trickier. Here are some methods employed to identify it:

What if Appendix Bursts in Pregnancy?

The rupture of the appendix can cause real complications during pregnancy, and many pregnant women have died due to the rupture of their appendix. Therefore, it is wiser to remove the normal appendix in cases where appendicitis is suspected, rather than waiting for the disease to proliferate.

Treatment for Appendicitis in Pregnant Women:

There are two methods for treating appendicitis in pregnant women, depending upon their condition. These are:

What Happens After the Surgery?

The mother is expected to not do any stressful activity and take rest for some time, after the surgery. The response of the baby is monitored by the mark, and it is observed that most women undergo preterm contractions after appendectomy during pregnancy. However, this does not usually result in preterm labour.
Appendix pain during pregnancy is a threat to the health of the mother and the baby, so it must be treated with utmost care. The condition can have dire consequences if left untreated, so it is better to get an expert opinion if you even have a slight doubt regarding the symptoms.